The best cookbooks of all time, as chosen by the experts. The trick to a perfect group dinner: preparation. Nigel Slater's 10 most popular recipes. Best New London Restaurants. As we reach the end of January, we also reach the end of 99% of the wildly overblown New Year's resolutions that people naively make -- so, celebrating that fact, here are the 13 best new restaurants you can go and break them at. 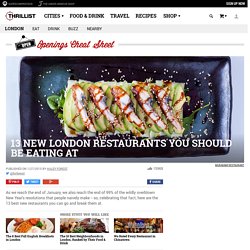 Courtesy of Sky Garden Sky Garden The City Not content to just open one restaurant, the folks at the Walkie Talkie building went and opened three at once. The Fenchurch Seafood Bar & Grill sits pretty on the 37th floor with an all-day menu filled with seasonal surf & turf, while down on the 36th floor, Darwin Brasserie, looks at a bit of a more traditional theme with seasonal “home grown ingredients” presented with laid-back charm. Game of scones: our guide to afternoon tea etiquette. ©arcelor mittal Because no one likes an afternoon tea faux pas… Where to put your napkin. 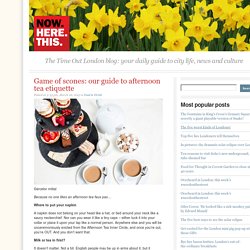 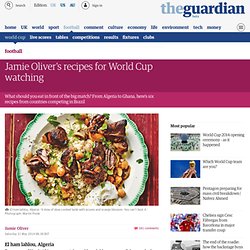 21 recipes for leftover apples. According to Wrap’s Household Food Waste report (2012) we throw away tens of thousands of tonnes of apples every year, apparently 40% of all apples bought in the UK. 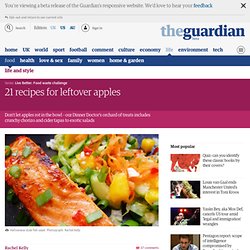 How could something that we once valued so highly become so worthless? Admittedly some of the waste is unavoidable because we are throwing away the parts of the apple that we think is inedible (although they argue over at Foodbeast that we should be eating the whole thing). But most of the apples that are thrown away are disposed of because they have become mouldy or rotten. 20 best comfort food recipes: part 1. J Sheekey fish pie. 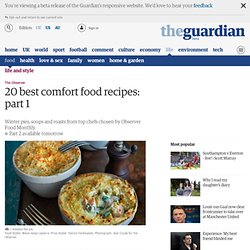 Mexican food, Grocery & Ingredients on sale at MexGrocer.co.uk. Not just for porridge: Hugh Fearnley-Whittingstall's oat recipes. Search Results For London. A Stove Top Naan Recipe That is Easy and Delicious. By Dan Toombs on Monday, October 31st, 2011 | 43 Comments Home-made naans One great thing about Indian curries is that they usually taste better warmed up the next day. 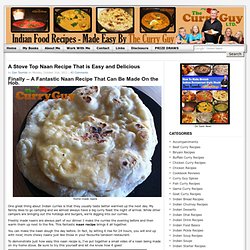 My family likes to go camping and we almost always have a big curry feast the night of arrival. Pangea Produce — Pangea Street. The 10 best kids recipes. Puffed rice fish fingers with tangy mayo This homemade fish finger recipe is a little different to most, in that it uses puffed rice instead of breadcrumbs. 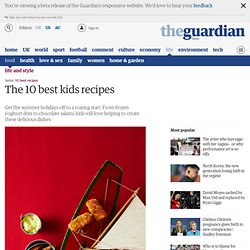 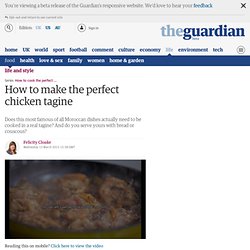 Click here to view the video The jewel in the crown of Moroccan cuisine – although couscous, crispy pigeon b'stilla pies and those sticky sweet date pastries also deserve a look-in – the tagine is a stew that takes its name from the heavy earthenware pot in which it is slow cooked, traditionally over an open fire, or bed of charcoal. Tagines can be cooked up from almost anything – lamb and chicken remain the most popular, but beef, goat and even camel turn up tagined these days (and you can also make something intriguingly named a Berber omelette in one, should you so desire). The 10 best stew recipes. 2013 trends: Anne Shooter predicts the bizarre food coming our way. Are homemade Christmas presents always better? Edible Christmas presents: homemade chutney v shop bought. 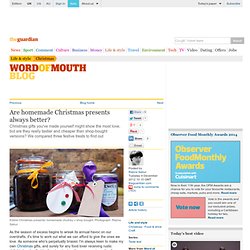