Nitrogen Footprint. SISL. SISL is a select group of academic associations and disciplinary societies* working together to: increase students' learning in undergraduate courses, and better prepare students for the 21st-century "Big Questions" that relate to real-world challenges such as energy, air and water quality, and climate change. 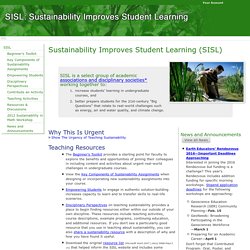 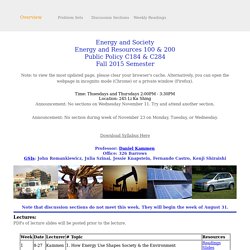 Alternatively, you can open the webpage in incognito mode (Chrome) or a private window (Firefox). Time: Thuesdays and Thursdays 2:00PM - 3:30PM Location: 245 Li Ka Shing Announcement: No sections on Wednesday November 11. Try and attend another section. Course App. Oh, Snapchat: Your smartphone just became a climate scientist. This is part of a series exploring how collective intelligence can create a better world. 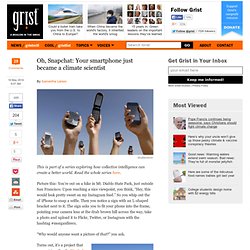 Read the whole series here. Picture this: You’re out on a hike in Mt. Diablo State Park, just outside San Francisco. Upon reaching a nice viewpoint, you think, “Hey, this would look pretty sweet on my Instagram feed.” MIDWAY FILM. The_Pyramid_of_Change.jpg (JPEG Image, 538 × 440 pixels) Allan Savory: How to fight desertification and reverse climate change. Alex Laskey: How behavioral science can lower your energy bill. James Balog: Time-lapse proof of extreme ice loss. Do the Math - The Movie. An Inconvenient Truth (2006) The World's Best Sustainability Ideas.

Alberta-Tar-Sands-Industry-Pollute.pdf (application/pdf Object) Lecture to Oxford Farming Conference, 3 January 2013. [Comments are now closed - it was getting impossible to manage them given the volume.] 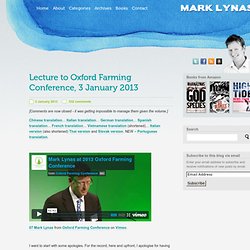 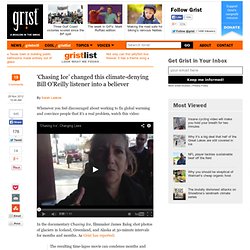 As Grist has reported: The resulting time-lapse movie can condense months and years into a few mesmerizing moments. Now we can watch the canary in the coal mine as it expires. “Melt” doesn’t really capture the awesome violence of what we’re seeing. So horrible and so scary that it can erase even the teachings of Bill O’Reilly. Global Warming 101. What is global warming? Think of a blanket, covering the Earth. When CO 2 and other heat-trapping emissions are released into the air, they act like a blanket, holding heat in our atmosphere and warming the planet. Overloading our atmosphere with carbon has far-reaching effects for people all around the world—more extreme storms, more severe droughts, deadly heat waves, rising sea levels, and more acidic oceans, which can affect the very base of the food chain.

What causes global warming? We do. The primary cause of global warming is human activity, most significantly the burning of fossil fuels to drive cars, generate electricity, and operate our homes and businesses. Tropical deforestation , also by human hands, is another major contributor. Who can reduce global warming? To address global warming, we need to significantly reduce the amount of heat-trapping emissions. But we can also help by calling for government and corporate decision makers to reduce the threat of global warming by: Household Tips from Warrior Mom! Each Other—Where We Are On the desire to change lightbulbs instead of paradigms by Sandra Steingraber Painting: Tamas Galambros / Bridgeman A DECADE AGO, I published a book about the links between chemical exposures and cancer. 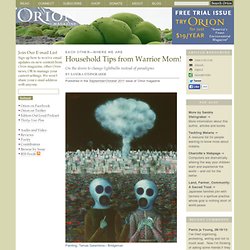 The research for it required four years, two postdoctoral fellowships, and fluency with Freedom of Information Act requests. One of my first stops on the author tour was a television talk show that taped in Hollywood. Back at the hotel, I thought hard. About. About Sourcemap People have a right to know where products come from, what they’re made of, and how they impact people and the environment. 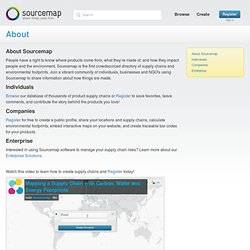 Sourcemap is the first crowdsourced directory of supply chains and environmental footprints. Join a vibrant community of individuals, businesses and NGO's using Sourcemap to share information about how things are made. Individuals. The Story of Stuff Project. James Balog: Time-lapse proof of extreme ice loss. What Came Before - A Farm Animal Rescue Video.