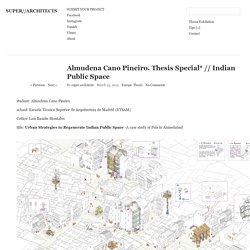 The traditional fabric of those areas is currently facing the effects of external forces resulting from rapid development and intense socio-economic pressures. urban fabric // Ramblinginthecity. For a low-income person in a city like Gurgaon, owning a legal home is a distant dream. 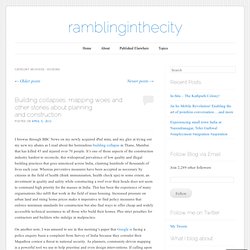 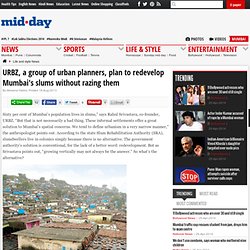 “But that is not necessarily a bad thing. La régénération urbaine: friches plus. Life June 2013 Run-down parts of cities are often left to decay, but now architects and urban planners around the world are being commissioned to revitalise these neglected areas, as Vision finds out Alyn Griffiths 1 / 5Click main image to enlarge People now value the slums as functioning parts of the city with their own dynamics and economic power. 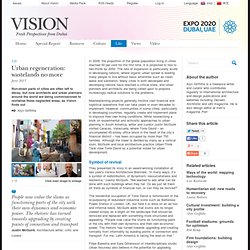 The rhetoric has turned towards upgrading by creating points of connection and transport Justin McGuirk, Architecture writer, critic and curator In 2008, the proportion of the global population living in cities reached 50 per cent for the first time. Masterplanning projects generally involve vast financial and logistical operations that can take years or even decades to implement. E-Oculus - AIA chapitre de New York et le Centre d'Architecture. 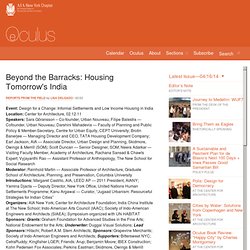 Urban Nouveau Rapid urbanization can be a good thing — sometimes. Cities can provide economic opportunities for their residents and act as incubators for innovation and creativity, remarked Yamina Djacta, deputy director of the New York Office of the United Nations Human Settlements Programme. On the other hand, population growth overburdens cities’ resources when it isn’t planned for properly, leading to the growth of slums and environmental problems, she added. 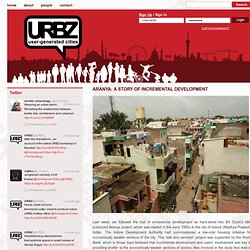 Between 7 January 2009 – 27 February 2009, URBZ worked with four graduate students from the Srishti School of Design’s CEMA Programme (Centre for Experimental Media Arts) starting with a stint of fieldwork in Mumbai, wherein they worked closely with the Columbia – JJ Studio in Dharavi, on our Heaps Decent project with Paul Devro and Bappi Lahiri and then on the URBZ system itself, besides spending a good amount of time on readings and discussions about ‘user generated cities’, how to recognize and nurture them. Details of the Course Basic Ideas Misconceptions & Assumptions: People do not have the necessary skills to invest in urban developmentUrban Planning needs a top-down decision making structureKnowledge about cities lies amongst experts. Essential Questions: Knowledge/ Understandings Gained: Meier, R. 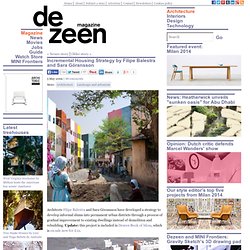 Update: this project is included in Dezeen Book of Ideas, which is on sale now for £12. Developed in Bombay, India, the Incremental Housing Strategy is intended to allow districts to improve organically without uprooting communities. A pilot project will be implemented in Pune, India but the architects believe the strategy could be appropriate in any country with similar urban conditions.

The architects have developed three house typologies (below) consisting of simple frames that allow for later expansion. "After creating works for Rem Koolhaas at OMA/ AMO, Neutelings Riedijk, NL architects, and Thomas Sandell, I found it essential to search for the opposite experience: to work for the ones who cannot pay," says Balestra.

Above: Life inside a kaccha house I. Incrémental urbanisme et l'art de revitalisation. Sometimes, large-scale urban changes need to be made one step at a time. 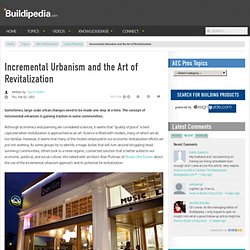 The concept of incremental urbanism is gaining traction in some communities. Although economics and planning are considered sciences, it seems that "quality of place" is best captured when revitalization is approached as an art. Science is filled with models, many of which are all too familiar. However, it seems that many of the models employed in our economic revitalization efforts are just not working. As some groups try to identify a magic bullet that will turn around struggling (read: surviving) communities, others look to a more organic, connected solution that is better suited to our economic, political, and social culture. “A lot of people have been using that term 'incremental urbanism,' and I think to us it just describes smaller, modest projects focused on place making vs. the alternative, which would be development as usual,” explains Pullman.