The Human Fear of Total Knowledge. Libraries tend to occupy a sacred space in modern culture. 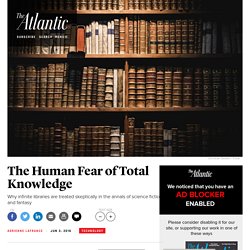 Bollywood fused with EDM: Inside the South Asian-American music movement. There’s a new Drake album, and a kid in Philly couldn’t be more excited. 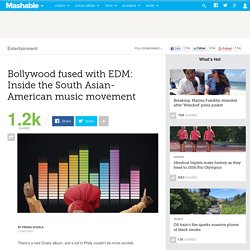 Sure, he’s thrilled to hear the latest work by an artist he admires, but with his laptop and a library of other music, this kid has a plan. With its growing popularity on network serials and reality TV, Bollywood — India’s Hindi-language film industry and the songs from its musicals — is hot on the lips of entertainment aficionados around the world. With dazzling colors and dizzying choreography, Bollywood dance has gained enormous popularity in the United States. For first-generation Indian Americans, dance and music are anchors to their parents’ culture, even if it is rooted thousands of miles from home. American college teams perform and compete using different types of Indian dance, and as these styles began to evolve and mix, so too did another artistic fusion: music. For the South Asian American diaspora, music presents a unique way of marrying multiple cultures. Inside the Trove of the Genre-Buster Arthur Russell. The Psychology of Genre.

WHEN the musician Lucinda Williams was shopping around an early demo tape of what would become her self-titled album, she was at first turned down by all the record labels she tried. 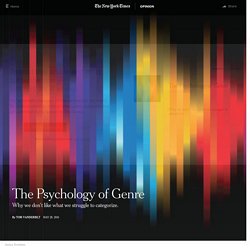 Morton Feldman - Triadic Memories (Louis Goldstein) Wayback Machine: How The Internet Archive Continues To Inform, Serve, and Inspire - The Content Wrangler. When it comes to finding a printed or recorded resource for educational, pleasure or business purposes, nothing beats a trip to the good old neighborhood library—that vast, utilitarian warehouse of lendable published works just waiting to be discovered. 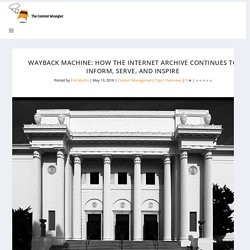 But in the 21st Century, when time-strapped citizens have come to rely on instant access to information on an increasing array of high-tech devices, that quest for knowledge and entertainment doesn’t have to involve getting in the car, searching through the stacks, and waiting in the checkout line. Fortunately, there’s a digital library you can visit, loaded with priceless materials that can save you a trip to your favorite brick-and-mortar media depot and possibly save you money otherwise spent at Amazon, Netflix and iTunes, too. Shipping containers inside Internet Archive’s Physical Archive building. The Process Audit. Click here to download a PDF worksheet of “Assessing the Maturity of Your Processes.” 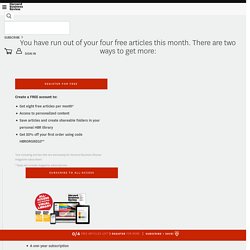 Click here to download a PDF worksheet of “Evaluating the Maturity of Your Enterprise.” What Is Semiotics? Connecting Symbols to Draw an Image of the Human Experience. The way humans make sense of life is by organizing it. 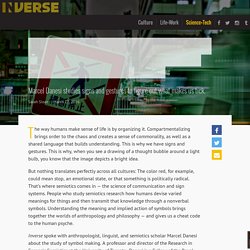 Compartmentalizing brings order to the chaos and creates a sense of commonality, as well as a shared language that builds understanding. This is why we have signs and gestures. This is why, when you see a drawing of a thought bubble around a light bulb, you know that the image depicts a bright idea. But nothing translates perfectly across all cultures: The color red, for example, could mean stop, an emotional state, or that something is politically radical. That’s where semiotics comes in — the science of communication and sign systems. Fastcompany. In an age of big data, having tech skills is important, but the pendulum might be starting to swing the other way. 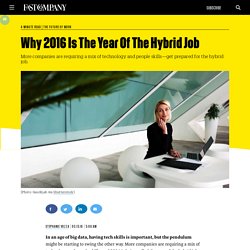 More companies are requiring a mix of technology and people skills, and 2016 is being called the year of the hybrid job. In an analysis commissioned by Bentley University, researchers examined 24 million job listings, looking for key skills across nine industries. They found that employers want multifaceted employees who possess hard skills such as database technology, coupled with traditional soft skills like communication and collaboration. "We may refer to these skills as hard versus soft, IQ versus EQ, or left brain versus right brain," says Susan Brennan, associate vice president of university career services at Bentley University. Intro. Forum: Job Board. What Is Data Wrangling? - Datawatch Corporation. With the amount of data and data sources rapidly growing and expanding, it is getting more and more essential for the large amounts of available data to be organized for analysis. 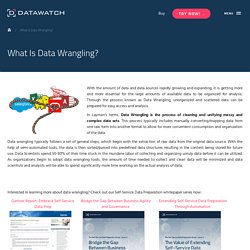 Through the process known as Data Wrangling, unorganized and scattered data can be prepared for easy access and analysis. In Layman’s terms, Data Wrangling is the process of cleaning and unifying messy and complex data sets. This process typically includes manually converting/mapping data from one raw form into another format to allow for more convenient consumption and organization of the data. Data wrangling typically follows a set of general steps, which begin with the extraction of raw data from the original data source.

Today's Almost Forgotten Track Archives - Puget Sound Radio. The world is full of brilliant guitar players but when three of the best, Paco De Lucia, Al Di Meola and John McLaughlin decided to work together, the heat was turned up considerably…here they are live performing Sun Dance and the best thing I can do is shut up and let you watch the video… […] No Comments Published on April 18, 2016 at 9:07 pm by Greg Simpson The Sattalites were an 80s Toronto band who specialized in reggae light… No Comments Published on April 14, 2016 at 9:11 pm by Greg Simpson One of the surprise rock hits of the 80s was David Lee Roth’s cover of this Louis Prima classic… No Comments Published on at 10:18 am by Greg Simpson Without this group no Adam & the Ants and no Bow Wow Wow…is that a bad thing? 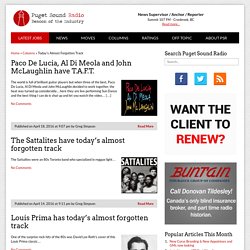 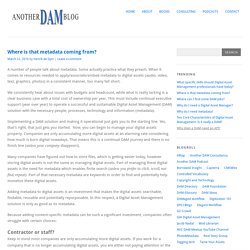 Some actually practice what they preach. When it comes to resources needed to apply/associate/embed metadata to digital assets (audio, video, text, graphics, photos) in a consistent manner, too many fall short. The 5 Characteristics of Intelligent Content - Content Science Review. Editor’s Note: We’re delighted to bring you an excerpt from the new must-read content book, Intelligent Content: A Primer. . * Vanishing Languages, Reincarnated as Music. s2 danesi what is semiotics. E%26M%20Trend%20Report%202015.

Reels of classic films were melting into goo; David W. Packard stepped in to save them. If you care even a little about the art and history of American motion pictures, about being able to see classic films now and forever, you owe a debt of gratitude to David W. Packard. Packard, the son of Hewlett-Packard co-founder David Packard, has never seen a Steven Spielberg movie and takes pleasure in reading Homer in the original Greek. But he cares deeply about film history, and his Packard Humanities Institute has become one of the leading philanthropic organizations funding film preservation. Google Takes Books Through The Looking Glass With Augmented Reality.

Technology that would bring the experience of reading a book into the 21st century—and not by replacing the book with a computer—was patented today by Google, according to filings posted today at the U.S. Patent and Trademark Office. A small hamburger-shaped device plugs into an interface over the spine of the book and projects imagery over the pages. And a small speaker adds sound to the experience. Google has released many patents for various parts of the invention.

The Key Business Analytics Every Manager Should Know About. Unlocking the Mystery of Benjamin Clementine. Tableau. Why data visualisation experts talk about truth, bea... From Semantic to Semiotic. The next evolution of Search Marketing. Estimated reading time: 7 minutes, 4 seconds How many of you, readers, have an educational background in Engineering or Computer Science?

Are We Finally Ready To Annotate The Entire Internet? Larry Hanley, an English professor at San Francisco State University, is the kind of man who aggressively annotates his books. Intro. DIKW Pyramid. Project Gutenberg Self-Publishing - eBooks.