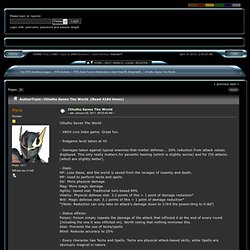 Great fun. Cthulhu R'lyeh lets'play fhtagn! - Let's Play Cthulhu Saves The World. So I even after I finished with Paradise Blue, I've still got the Let's Play bug. 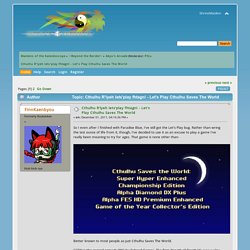 Rather than wring the last ounce of life from it, though, I've decided to use it as an excuse to play a game I've really been meaning to try for ages. That game is none other than- Better known to most people as just Cthulhu Saves The World. CSTW is the second comedy RPG by Zeboyd Games. The first, Breath of Death VII, was a play on the traditional JRPG in a world entirely made up of the undead.

This is...well, the title sort of gives it all away, I suppose. "It is said to have come to this Earth from beyond the Heavens... " Plague Inc. Strategy Guide: Tips and Tricks « Delta Attack. Plague Inc. 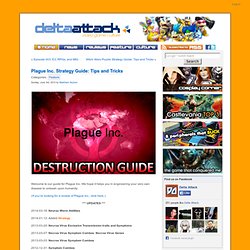 Strategy Guide: Tips and Tricks Welcome to our guide for Plague Inc. We hope it helps you in engineering your very own disease to unleash upon humanity. How to save the galaxy - Star Command complete guide and walkthrough. Welcome, captain, to Star Command. 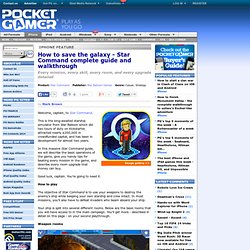 This is the long-awaited starship simulator from War Balloon which did two tours of duty on Kickstarter, attracted nearly $200,000 in crowdfunded capital, and has been in development for almost two years. In this massive Star Command guide, we will describe the basic operations of the game, give you handy tips for beating every mission in the game, and describe every room upgrade that money can buy. Good luck, captain.

You're going to need it. How to play The objective of Star Command is to use your weapons to destroy the enemy's ship while keeping your own starship and crew intact. Walkthrough for Game Dev Story. Game Dev Story/Walkthrough. Split into subpages GAME GENRE UNLOCKS[edit] The popularity of game genres will vary in time. 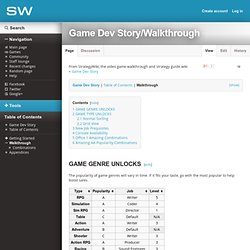 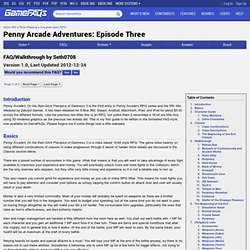 Civilization Revolution Guide. Is pretty deep and intricate for an iPhone game. While it’s much simpler than its PC counterpart, there is still plenty here that will leave you feeling baffled and clueless. It’d take the fun out of the experience if I gave a step-by-step guide to playing the whole game, here’s a bunch of tips that should get you on your feet to ‘building an empire to stand the test of time’. The civilization you choose to control is crucial to what kind of how you want to approach the game. Do you want your empire to be cultural, expansive, or military? 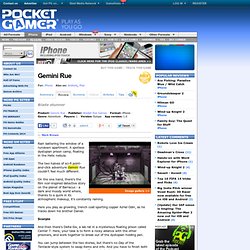 A spotless dystopian prison camp, floating in the Helix nebula. The two halves of sci-fi point-and-click adventure Gemini Rue couldn't feel much different. On the one hand, there's the film noir-inspired detective story on the planet of Barracus - a dark and moody world where, thanks to a quirk in its atmospheric makeup, it's constantly raining. Here you play as growling, trench coat-sporting copper Azriel Odin, as he tracks down his brother Daniel. Waking Mars Walkthrough Part 4 - Best Game Apps. Chambers that we missed: “Chamber of Echoes”: There are a number of paths that lead to this eerie chamber. 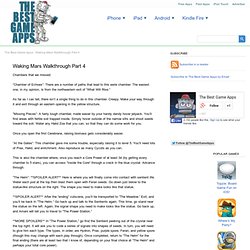 The easiest one, in my opinion, is from the northeastern exit of “What Will Rise.” As far as I can tell, there isn’t a single thing to do in this chamber. Creepy. Blacksmith - Knights of Pen & Paper Wiki. Category:Shop ‣ Blacksmith The blacksmith can craft upgrades to each player's main items (weapon and armor). 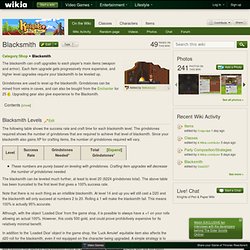 Each item upgrade gets progressively more expensive, and higher level upgrades require your blacksmith to be leveled up. Grindstones are used to level up the blacksmith. Knights of Pen & Paper - Iphone 5 - (Spoiler) End Boss Killed !!! ► WTF Is... - FTL - Faster Than Light ? The FTL: Faster Than Light Survival Guide - AlterGamer. How hard can commanding a Spaceship be? 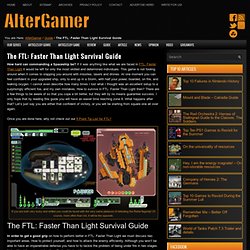 If it was anything like what we are faced in FTL: Faster Than Light it would be left for only the most skilled and determined individuals. This game is not fooling around when it comes to slapping you around with missiles, lasers and drones. At one moment you can feel confident in your upgraded ship, only to end up in a Storm, with half your power, boarded, on fire, and leaking oxygen.

I cannot even describe how many times I lost what I thought was an excellent setup to a surprisingly efficient foe, and my own mistakes. How to survive in FTL: Faster Than Light then? Once you are done here, why not check out our 5 Point Tip List for FTL? If you are both very lucky and skilled you could be faced with the very same pleasure of defeating the Rebel flagship!

FTL: Faster Than Light Wiki. Jeu Indé Gratuit - Dwarf Fortress. 09/23/2012 Been toying around with the trees. I've been working with one set of rules for growing them so far, but I'll be expanding the parameters and pictures soon (for pines, saguaros, tower caps, etc). In the meantime here are some preliminary images. Issues include grass not being dry below trees, branches looping when they shouldn't, 48x48 boundaries being too visible, crowns hitting other artificial boundaries, and so on, but it is going okay so far. Nothing is final (and it can all be changed in the raws), but the 1/4 tiles are branches heavy enough to climb (but they still have some leaves), the single lines are heavy enough to climb on but won't have leaves/fruit, the semi-colons are too light for climbing (I haven't started climbing yet), and the little pentagons are parts of the trunk that slope or taper.

Everyone has been putting up with the ridiculous amount of spam on the site for far too long now, so I've taken some pretty serious steps toward dealing with that problem. First of all, I've gone through and banned several hundred spammers as well as deleting several thousand of their spam posts. Even with help from an automated tool to do this, my wrist is sore from the clicking. I've also instituted a "new user" time period. When you sign up for a new account you will not be able to post links of any kind right away and the number of posts you can make will be limited.

Even after you get past this new user phase you will only be able to post a maximum of 2 links per message. Additionally, I've added a new security plugin that scans for known bots, detects hacking attempts, and checks every site access against a list of "evil" IP addresses that are known for distributing spam and/or malware. Touch Arcade: iPhone Game Reviews and News. Ascension - Home. Playdek home. GameHead. The Blagog Blog. This page is intended to be a permanent well of information for our favorite games.

Got a resource to add? Email us at theblagog@gmail.com. Games And Grub. iOS Board Games. The Kickstarter for Armello is now live! As we've reported in the past, the gorgeous Armello has been a passion project for League of Geeks. They've been building the game part time, around busy schedules. The Kickstarter is an opportunity for them to raise funds to make the game even better allowing several members of the team to hop on full time. This will speed up development and allow the project scope to expand.