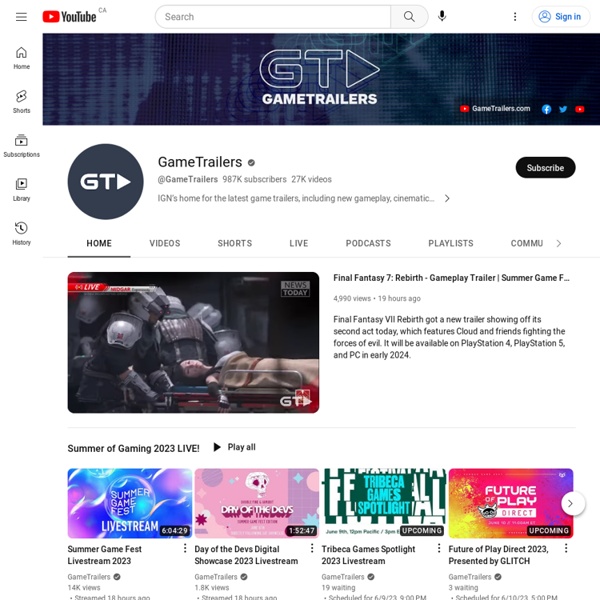 Video Galleries : Zero Punctuation Zero Punctuation is The Escapist's groundbreaking video review series starring Ben "Yahtzee" Croshaw. Every Wednesday Zero Punctuation picks apart the games so you don't have to. Called "hilariously cutting ... first legitimate breakout hit from the gaming community in recent memory" by Boing Boing, see why gamers love it and developers fear it. South Park: The Stick of Truth - Yes, There Really Were Crying Koalas Download & Streaming : Moving Image Archive : Internet Archive Anime (/ˈænəˌmeɪ/) (Japanese: アニメ) is a style of hand-drawn and computer animation originating in, and commonly associated with, Japan. The word anime is the Japanese term for animation, which means all forms of animated media. Outside Japan, anime refers specifically to animation from Japan or as a Japanese-disseminated animation style often characterized by colorful graphics, vibrant characters and fantastical themes. The culturally abstract approach to the word's meaning may open... Collections of items recorded from television, including commercials, old television shows, government proceedings, and more.

Cell Size and Scale Some cells are visible to the unaided eye The smallest objects that the unaided human eye can see are about 0.1 mm long. That means that under the right conditions, you might be able to see an ameoba proteus, a human egg, and a paramecium without using magnification. Full list of AVGN videos Shit! This is an AWFUL GAME! And not a bad game because of the premise. “Dr. Jekyll and Mr. Minecraft in REALD 3D! Kyrofox, on 15 November 2011 - 06:51 AM, said: Ugh... You guys are making me facedesk so hard... By RealD3D, he means those cheap movie-theater glasses... Seven Unsettingly Obscure Video Games You Probably Never Heard Of Ask any recognized gamer which titles they consider memorably “scary” and you’ll often be answered with modern, conventional titles: , , , ., among many others. I don’t know about you, but I grow weary and desensitized to the clich ghost/demon/zombie style of survival-horror game play, especially when you have weapons at your disposal. Although mainstream, I enjoyed the series immensely for it’s ability to induce a chronic feeling of dread and unsettlement throughout the entire game. Similarly, games like are memorable in that a player is unable to kill enemies, only delay their attacks at the most. But what about those games that you haven’t heard of, or forgot?

Learn Japanese Through Videogames from 1UP It would be misleading to say that any videogame can teach you Japanese. But as a supplement to regular study and a good teacher, videogames can provide both the motivation to study harder and a way to squeeze in a little extra practice. Heck, the reason I wanted to learn Japanese in the first place was because games like Dragon Quest and Final Fantasy come out in Japan up to a year before their American releases. These days, most big titles see simultaneous international release, but Square Enix's flagship RPGs will probably always come out in their native land first, and who knows if high-quality titles like Mother 3 will ever get a formal, Western release. I chose the games in this feature not just because they can help your Japanese, but because they're genuinely fun.

Dreamcast Burning (CDI) 2012 Style Download ImgBurn here. ... t-drivers/ You will end up with 1 rar file named "UPDATE_IMGBurn_2.5.7.0._w_Dreamcast_Support" Extract it. This will give you 2 files. 1. cdi files for imgburn (rar file) 2. SetupImgBurn_2.5.7.0 Video Games That Converted Me From Casual Gamer To Hardcore Addict [MUO Gaming] Throughout the life of a gamer, there are certain games that make us cross over from the realm of casual gaming to being a hardcore gamer. If you look back at your gaming life, you can probably remember what the first games were that you kept coming back to. Those were the games that you did not just pop in to play casually. Instead, these addicting games kept you coming back for hours. After hundreds of hours, you moved onto the next game, and before you knew it, you were hooked to the world of video games.