Bria Morozov Smart City. Pbrief eusort 2030 21.5. 100RC Report Capstone PDF. Smart city technology for a more liveable future. As cities get smarter, they are becoming more livable and more responsive—and today we are seeing only a preview of what technology could eventually do in the urban environment. 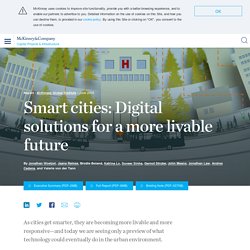 Until recently, city leaders thought of smart technologies primarily as tools for becoming more efficient behind the scenes. Now technology is being injected more directly into the lives of residents. Smartphones have become the keys to the city, putting instant information about transit, traffic, health services, safety alerts, and community news into millions of hands.

Video Today, cities are moving beyond the pilot stage and using data and digital technologies to deliver results that are more relevant and meaningful to residents. After a decade of trial and error, municipal leaders are realizing that smart-city strategies start with people, not technology. Quality of life has many dimensions, from the air residents breathe to how safe they feel walking the streets. Not Just Smart: Towards Sustainable Cities. Direzione città resilienti Presentazione PRA. Imagining the cities of the future. The world faces unprecedented rates of urban expansion. 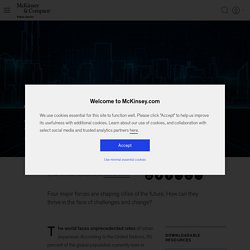 According to the United Nations, 55 percent of the global population currently lives in cities. By 2050, that number is expected to reach 68 percent, which means an additional 2.5 billion people will reside in urban areas. China’s cities alone will be home to a staggering 900 million people. Although cities may appear to be in a state of continuous expansion, their population growth has historically occurred in cycles.

Innovations have generally addressed the challenges posed by rising populations, only to be replaced by new hurdles. New and complex issues are emerging, and today’s cities are likely on the cusp of the largest global economic transformation to date. Towards a "Senseable City": Technology, Trial and Error to Make a City Really "Smart" Imagining the cities of the future. La French Tech, cos'è e perché sceglie Milano come nuovo hub. Milano diventa La French Tech hub, nodo per l’internazionalizzazione delle startup d’Oltralpe. 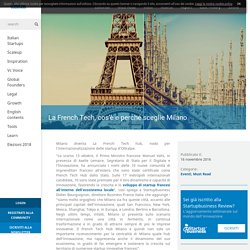 Ratti. How innovation is shaping city trends in Europe. To stay competitive, real estate leaders must offer new services that address the evolving needs and desires of individuals, companies, and communities, such as flexibility or sustainability. 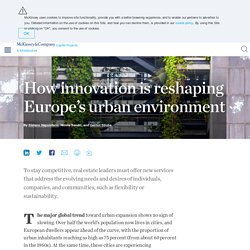 The major global trend toward urban expansion shows no sign of slowing. Over half the world’s population now lives in cities, and European dwellers appear ahead of the curve, with the proportion of urban inhabitants reaching as high as 75 percent (from about 60 percent in the 1960s). At the same time, these cities are experiencing unprecedented levels of connectivity, the rise of the sharing economy, and demographic changes such as shrinking households or aging populations. All these urban trends are having profound consequences for players in the real-estate sector. Innovative thinking. MGI Smart Cities in SouthEast Asia. MGI Smart Cities Full Report. Internazionale.it Le città intelligenti non esistono. 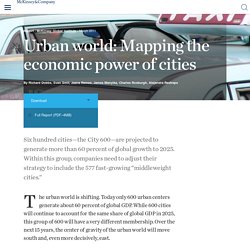 Within this group, companies need to adjust their strategy to include the 577 fast-growing “middleweight cities.” The urban world is shifting. WEF Urban Services. 100RC EU. 100RC Worldbank. Resources - 100 Resilient Cities. Cities face a growing range of adversities and challenges in the 21st century. 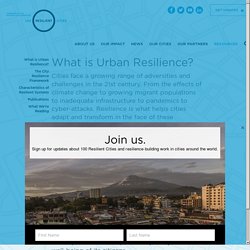 From the effects of climate change to growing migrant populations to inadequate infrastructure to pandemics to cyber-attacks. Resilience is what helps cities adapt and transform in the face of these challenges, helping them to prepare for both the expected and the unexpected. 100RC defines urban resilience as “the capacity of individuals, communities, institutions, businesses, and systems within a city to survive, adapt, and grow no matter what kinds of chronic stresses and acute shocks they experience.” Building urban resilience requires looking at a city holistically: understanding the systems that make up the city and the interdependencies and risks they may face. Milan - 100 Resilient Cities. L'Italia delle smart city è in fase di test, manca una "vision" 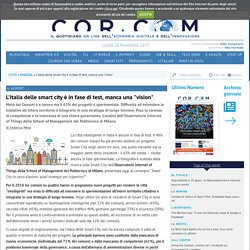 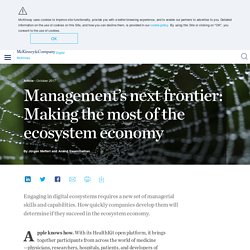 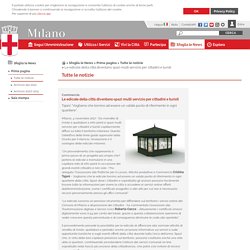