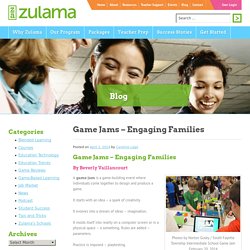 It starts with an idea – a spark of creativity. It evolves into a stream of ideas – imagination. It molds itself into reality on a computer screen or in a physical space – a something. Practice is imposed – playtesting. The end result? But not just any game. The Michigan Department of Education has compiled a comprehensive, research-based fact sheet about the importance of parent involvement in education. Research compiled by Child Trends shows some interesting trends in parental involvement in schools. [source: Paper Jam – Lemtzas. Paper Jam 1 - itch.io. Hey there! 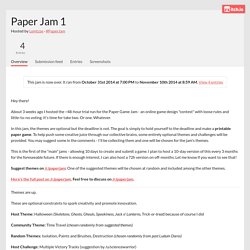 About 3 weeks ago I hosted the ~48-hour trial run for the Paper Game Jam - an online game design "contest" with loose rules and little-to-no voting. It's time for take two. Or one. Whatever. In this jam, the themes are optional but the deadline is not. This is the first of the "main" jams - allowing 10 days to create and submit a game. Suggest themes on /r/paperjam: One of the suggested themes will be chosen at random and included among the other themes. Here's the full post on /r/paperjam. Themes are up. These are optional constraints to spark creativity and promote innovation. 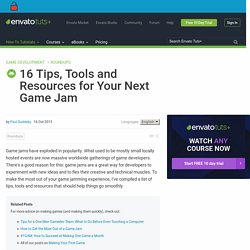 What used to be mostly small locally hosted events are now massive worldwide gatherings of game developers. There's a good reason for this: game jams are a great way for developers to experiment with new ideas and to flex their creative and technical muscles. To make the most out of your game jamming experience, I've compiled a list of tips, tools and resources that should help things go smoothly. A game jam is an event where participants try to make a video game as quickly as possible. Most game jams take place over a single weekend, where everyone has 48 hours to try to make a game often based on a secret theme that is either voted upon or chosen by the organizers. Themes from past game jams have included everything from simple concepts such as fear, islands, and darkness, to abstract expressions like ouroboros, build the level you play, and time manipulation. 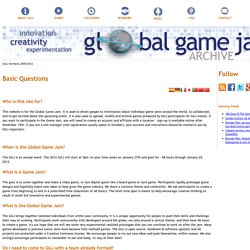 This website is for the Global Game Jam. It is used to direct people to information about individual game jams around the world, to collaborate, and to get excited about the upcoming event. It is also used to upload, modify and archive games produced by GGJ participants for GGJ events. If you want to participate in the Game Jam, you will need to create an account and affiliate with a location – sign-up is available online after November 15th.

If you are a site manager (site registration usually opens in October), your account and instructions should be mailed to you by GGJ organizers. About. Global Game Jam® GGJ Meetup at GDC 2013 Innovation - Experimentation - Collaboration The Global Game Jam® (GGJ) is the world's largest game jam event (game creation) taking place around the world at physical locations. 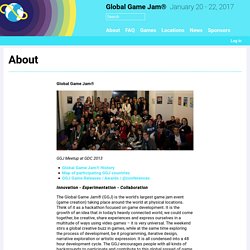 Think of it as a hackathon focused on game development. It is the growth of an idea that in today’s heavily connected world, we could come together, be creative, share experiences and express ourselves in a multitude of ways using video games – it is very universal. The structure of a jam is usually that everyone gathers on Friday late afternoon, watches a short video keynote with advice from leading game developers, and then a secret theme is announced. The GGJ stimulates collaboration and is not a competition. GGJ Team. Global Game Jam. The Global Game Jam (GGJ) is an annual distributed game jam. 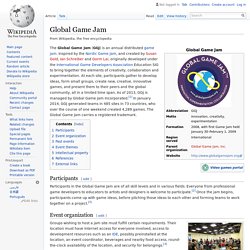 Inspired by the Nordic Game Jam, and created by Susan Gold, Ian Schreiber and Gorm Lai, originally developed under the International Game Developers Association Education SIG to bring together the elements of creativity, collaboration and experimentation. At each site, participants gather to develop ideas, form small groups, create new, creative, innovative games, and present them to their peers and the global community, all in a limited time span. As of 2013, GGJ is managed by Global Game Jam Incorporated.[1] In January 2014, GGJ generated teams in 485 sites in 73 countries, who over the course of one weekend created 4,289 games. How to Run Your Own Game Jam. Game jams are a great way to get some game development experience, meet other developers, and, ever importantly, have some fun. 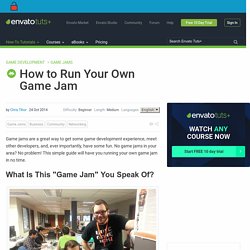 No game jams in your area? No problem! This simple guide will have you running your own game jam in no time. Simply put, a game jam is an event where people get together for a set period of time with the goal of creating a playable game. The details are open to a lot of creative variation: different lengths of time, online vs. physically located, etc. Marvin Hawkins's Blog - Hosting A Successful Game Jam. The following blog post, unless otherwise noted, was written by a member of Gamasutra’s community. 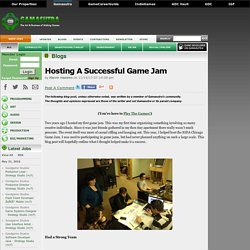 The thoughts and opinions expressed are those of the writer and not Gamasutra or its parent company. (You're here to Play The Games!) Two years ago I hosted my first game jam. This was my first time organizing something involving so many creative individuals. Since it was just friends gathered in my then tiny apartment there really wasn’t much pressure. Hosting a game jam - itch.io. Hosting a game jam is a great way to get together game developers for an event or cause to do what they do best: make games. itch.io’s jam system allows anyone to create a game jam instantly, no longer does the need for custom software to get in the way of your game jam idea! 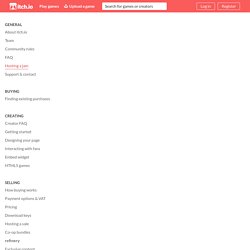 All that’s required is a free itch.io account. How it works "Game jam" is a pretty broad classification when it comes to trying to define how things are run. The spectrum ranges from ranked submissions and very specific deadlines, to no deadlines and no ranking. Some jams are held only on the internet while others are associated with a physical gathering. itch.io hopes to accommodate all of the kinds of jams imaginable. To give you an idea of what game jams can look like on itch.io here are some examples: Game Jolt Jams. The White House Game Jam 2014. Game Changer - A Game Jam documentary.

The ROOK OTR - Cincinnati Game Board Parlor. Game Jolt - Indie Games for the Love of It. 6 Tips for a successful Game Jam. What is a Game Jam. Game Jam Resources - Zulama. Zulama Best Practices - How to Host a Board Game Jam! - Zulama. By Beverly Vaillancourt. 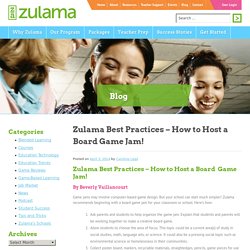 As a culminating activity, eighty students from the three partner schools came together on February 20 for a collaborative engineering, design, and programming challenge called GameJam. Photo by Norton Gusky Students were divided into ten teams and each child was given a specific job. Dr.