High Speed Liquid and Bubble Photographs by Heinz Maier. It never ceases to amaze me: just when I think I’ve seen every possible permutation of an artform or technique—be it figurative sculpture, stop motion animation, or in this case, high speed photography—somebody comes along and manages to do something radically different. 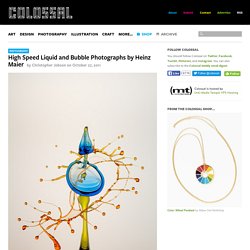 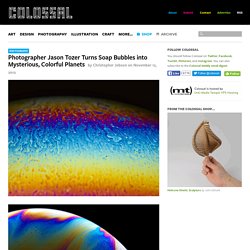 Armed with a Hasselblad camera and a 135mm lens, Tozer has developed a his lighting technique that requires a giant dome of perspex to illuminate the reflective surface of each bubble. The more patterned surfaces on the bubbles are manipulated with a straw to create the various swirls and textures that might as well be the surface of Jupiter or Neptune. All of the colors and details you’re seeing are 100% genuine as Tozer very rarely relies on any sort of retouching or color correction. You can explore his website to see a few more photos, several of which have a fancy zoom feature giving you the full macro effect, he’s also done similar work with smoke and ice. All images courtesy the artist. New High Speed Liquid Splash Photographs by Markus Reugels. I never tire of seeing German photographer Markus Reugels’ (previously here and here) continued experiments with water splashes. 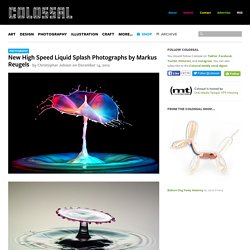 It’s immediately apparent when looking at some of these recent photos from the last few months that his lighting, color, and timing techniques have continued to evolve, as each image is more impossibly complex than the last. See much more of his recent work here. New High Speed Liquid Splash Photographs by Markus Reugels. Water Drop Pillars by Markus Reugels. In his continued experiments with water photography Markus Reugels (previously) has developed a method of releasing precisely timed water drops that collide to form pillar-like structures. 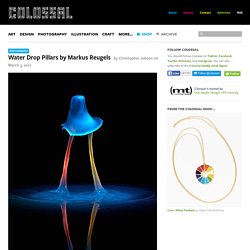 The setup involves three perfectly synchronized valves and three individual gel-covered flashes that all fire in sequence with the camera’s shutter to create the images you see here. Wild stuff. Strobe lights + camera + exploding water balloons = amazing. How to Capture Stunning Star Trail Photos in Light Polluted Places. How to Take Pictures of Starry Skies. The night sky has filled mankind’s imagination with images of splendor for countless generations. 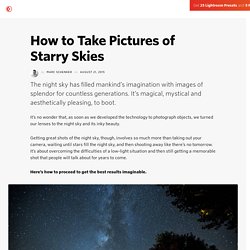 It’s magical, mystical and aesthetically pleasing, to boot. It’s no wonder that, as soon as we developed the technology to photograph objects, we turned our lenses to the night sky and its inky beauty. Getting great shots of the night sky, though, involves so much more than taking out your camera, waiting until stars fill the night sky, and then shooting away like there’s no tomorrow.

It’s about overcoming the difficulties of a low-light situation and then still getting a memorable shot that people will talk about for years to come. Here’s how to proceed to get the best results imaginable. photo by Bureau of Land Management Look for the Best Conditions Your inspirational foray into starry-sky photography is helped by the weather conditions.

Assembling the Right Gear As with any specialized shoot, getting the right gear together is absolutely critical. Photo by Samuel Hammer photo by @sage_solar. 03 Vídeos encantadores revelam o desenvolvimento das plantas em câmera acelerada. Parallax. Time-lapse photography. A sunset time-lapse Moving clouds time-lapse Time lapse video of mung bean seeds germinating Time-lapse photography is a technique whereby the frequency at which film frames are captured (the frame rate ) is much lower than that used to view the sequence. 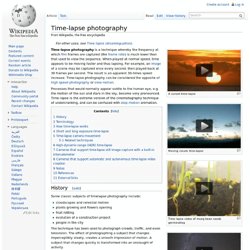 When played at normal speed, time appears to be moving faster and thus lapsing. For example, an image of a scene may be captured once every second, then played back at 30 frames per second. Long Exposure Basic. How to do time lapse photography. Hypnotic Time-Lapsed Cinematogrpahy. Timescapes have just released their latest video and it’s a time-lapsed masterpiece. 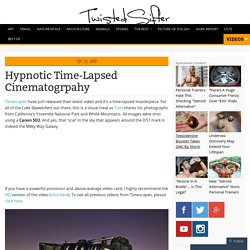 For all of the Luke Skywatchers out there, this is a visual treat as Tom shares his photographs from California’s Yosemite National Park and White Mountains. All images were shot using a Canon 5D2. And yes, that ‘scar’ in the sky that appears around the 0:51 mark is indeed the Milky Way Galaxy. The Arctic Light. Nebo Loop Autumn Colors. Grotto Falls in Payson Canyon. Night Sky Panorama-Bonneville Salt Flats.

Virgin River-Zion Narrows. August Sunset. Tips Long Exposure Photography. Photographing the Ferris Wheel To photograph a Ferris wheel at night, move close and use a wide-angle lens to get as much detail as possible. 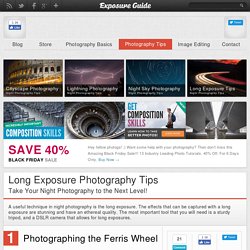 Place your camera on a tripod and frame the image. Because we want all the elements to be sharp, choose a small aperture between f/11-f/32. Set your camera to either Manual or TV (Shutter Priority) mode and choose a shutter speed according to the speed of the lighted Ferris wheel, and the style you are after (anywhere between 1-30 seconds). You should take the image using the camera’s self timer or a cable release so that you avoid touching and jiggling the camera. 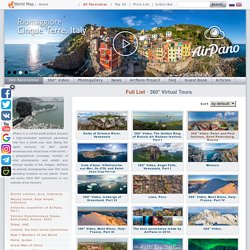 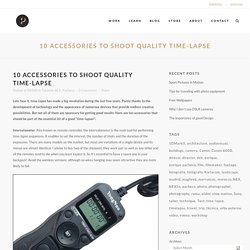 Pacheco Lets face it, time-lapse has made a big revolution during the last few years. Partly thanks to the development of technology and the appearance of numerous devices that provide endless creative possibilities. Versatile motion dolly for time lapse photography. Hacked Ikea kitchen timers shoot time lapses.