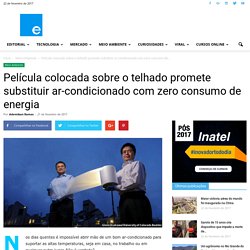 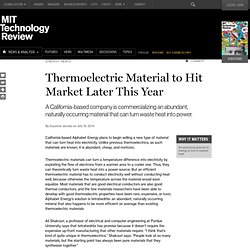 Unlike previous thermoelectrics, as such materials are known, it is abundant, cheap, and nontoxic. Thermoelectric materials can turn a temperature difference into electricity by exploiting the flow of electrons from a warmer area to a cooler one. Thus, they can theoretically turn waste heat into a power source. But an efficient thermoelectric material has to conduct electricity well without conducting heat well, because otherwise the temperature across the material would soon equalize. Most materials that are good electrical conductors are also good thermal conductors, and the few materials researchers have been able to develop with good thermoelectric properties have been rare, expensive, or toxic. The fact that it’s abundant is another big plus, says MIT professor Mildred Dresselhaus. Heat Your Home With 240 Recycled Aluminum Cans. 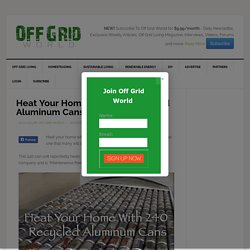 It’s a simple idea, and one that many will look at and say, “Why didn’t I think of that?” This 240 can unit reportedly heats up to 10,000 BTUs or more according to the company and is “Maintenance free”. The "4 Block" Rocket Stove! - DIY Rocket Stove - (Concrete/Cinder Block Rocket Stove) - Simple DIY. Rocket stove. Potential Energy. Como fazer um aquecedor solar caseiro de garrafa PET? A energia solar é considerada uma fonte de energia limpa, pois não polui o meio ambiente. 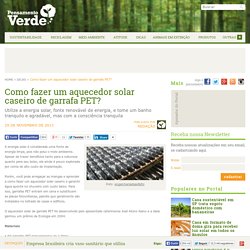 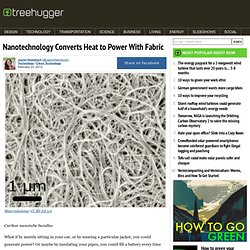 Or maybe by insulating your pipes, you could fill a battery every time you run the hot water? That's the potential held by a new nanotechnology that can generate electricity from the surrounding heat. The Center for Nanotechnology and Molecular Materials at Wake Forest University is behind the research, and has developed a material called Power Felt, a fabric-like device that can convert body heat into an electrical current.

Made of carbon nanotubes held within plastic fibers, the material has the same look and feel of felt, a material well known for keeping in the heat. "We waste a lot of energy in the form of heat. Cost has prevented thermoelectrics from being used more widely in consumer products. While cost has been prohibitive so far, this isn't stopping the researchers from seeking out investors for commercial production. What does a lake of molten aluminum have to do with renewable energy in Germany? Germany is a renewable energy powerhouse. 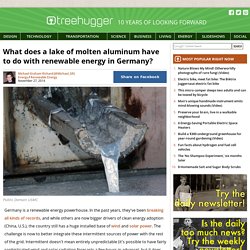 In the past years, they've been breaking all kinds of records, and while others are now bigger drivers of clean energy adoption (China, U.S.), the country still has a huge installed base of wind and solar power. The challenge is now to better integrate these intermittent sources of power with the rest of the grid. Intermittent doesn't mean entirely unpredictable (it's possible to have fairly sophisticated wind and solar radiation forecasts a few hours in advance), but it does mean that they can't be controlled directly at will. That's where molten lakes of aluminum, among other things, come in... Heat your house with car tyres and earth. Energy hungry America teaches the world how to build ecological houses. 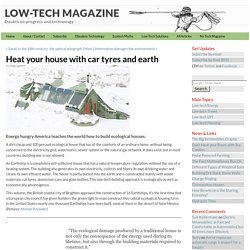 A dirt cheap and 100 percent ecological house that has all the comforts of an ordinary home, without being connected to the electricity grid, waterworks, sewer system or the natural gas network. It does exist, but in most countries, building one is not allowed. An Earthship is a completely self-sufficient house that has a natural temperature regulation, without the use of a heating system. The building also generates its own electricity, collects and filters its own drinking water and cleans its own effluent water. The house is partly buried into the earth and is constructed mainly with waste materials; car tyres, aluminium cans and glass bottles. This autumn, the British coastal city of Brighton approved the construction of 16 Earthships. 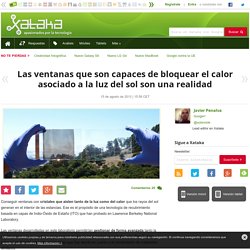