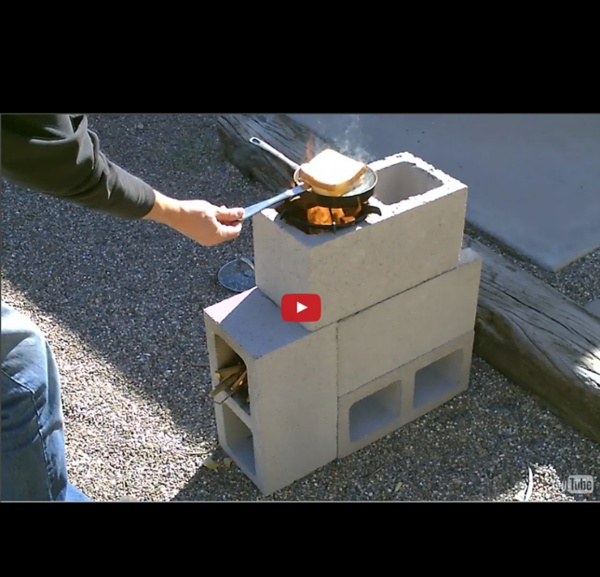 Rocket Mass Heaters – The book, by Ianto Evans and Leslie Jackson How To Turn A Beer Can Into The Only Camping Stove You'll Ever Need Share 0 inShare2 Embed One of the best gifts I've ever received on my travels is a stove made with nothing but a drinks can and a knife. In this video, we're going to learn how to make it. The stove runs on alcohol, of which the most common source is medical alcohol from your local pharmacy.

EFECTOS AGLUTINANTES BRIQUETAS by bertha solis on Prezi Rocket Mass Heater Book - -Our newest edition- - | Cob Cottage Company More than a second edition to the groundbreaking Rocket Stoves to Heat Cob Buildings, the new book Rocket Mass Heaters, Superefficient Woodstoves You Can Build (And Snuggle Up To) is the most comprehensive book available on the subject of Rocket Stoves. Here's a superefficient wood fired heater you can build for yourself in a weekend for less than a hundred dollars. This book explains in detail exactly how to build one, then how to use it in a range of applications. We discuss materials, where to find them, what to pay and how to make use of found and recycled parts. The section on fire and fuels is thorough but simple, we tried to keep away from numbers whenever possible. There are success stories, case studies, references and where to find further information, all heavily illustrated and with four full pages of color photographs. New woodstoves are no longer craftsman-made locally. To order, please visit the Cob Cottage Company products page.

Couple in Colorado Decide to Build Their Own Tiny Dream Home Together Over the years, house sizes in the United States have been doubling. However, couples like Christopher Smith and Merete Mueller have been realizing that size isn’t the most important thing about where you live. Instead, they, and others in the “small house movement,” know that efficiency and green living can be more important. Together, they decided to do something mind blowing – even though it is tiny. They built a house together. Christopher and Merete had no building experience, but they knew what their foundation would be… literally. Nonetheless, they decided to build their dream home. And it was going to be tiny. It look a lot of trial and error, but the couple kept an open mind. Their little house could go almost anywhere. But they decided to settle down outside of Boulder, Colorado. When Christopher decided to settle down, he tried to think of what would be inside of his dream home. It turns out, all that he required were necessities. They are part of a “tiny house movement.”

I Love Cob! ∞ Construction of a Rocket Stove View photos here » I experimented with the plans that Ianto Evans and Leslie Jackson prescribed in the first draft of ‘Rocket Stoves to Heat Cob Buildings: How to Build a Super Efficient Wood Fired Heater‘. I gotta tell you that it didn’t sink in the first time I read it. I understood it in principle, but it just seemed counter intuitive. The smoke goes down instead of up? Every time I’ve seen fire and smoke it goes up. The rocket stove is a efficient wood burning device. The rocket stove is a down-draft heater. Updates: Here is a of Ianto’s Rocket Stove book. Read a review by Ocean Liff-Anderson at Dirt Cheap Builder. The second edition, Rocket Mass Heaters-Superefficient Woodstoves You Can Build (and snuggle up to) is available here:

SolTech’s Gorgeous Glass Tiles Heat Your Home With Solar Energy Alternative energy is known to be a lot of things – cutting edge, earth-friendly and forward thinking – but sadly looking pretty isn’t one of them. Well SolTech is changing all that with their gorgeous glass solar-thermal roof tiles. As if it’s not cool enough that these transparent shingles are able to heat your home by using a simple system to store energy from the sun, they also look like a million bucks!

How To Build Rocket Mass Heaters / Stoves Awesome Pallet House Built For $500 The Pallet House. Reclaimed pallets can be used for constructing shelters, cabins, and homes. Building a pallet house from reclaimed pallets is an inexpensive way to build your off grid home or cabin. Get out there, get some pallets, build something! PALLET HOUSE – MULTIFUNCTIONAL GARDEN SHED OR CABIN The Pallet House prototype designed by I-Beam Design was featured in HRH Prince Charles’ Royal Gardens as part of an exhibition on sustainable design, organized by Prince’s Charities, Start, along with The Earth Awards, The Financial Times and IBM. via: Comments comments