The Unfair Truth About How Creative People Really Succeed. The other week, I was invited to a dinner hosted by a friend. 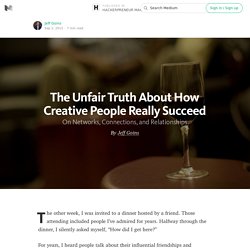 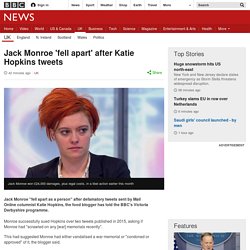 Monroe successfully sued Hopkins over two tweets published in 2015, asking if Monroe had "scrawled on any [war] memorials recently". This had suggested Monroe had either vandalised a war memorial or "condoned or approved" of it, the blogger said. Hopkins told the BBC: "No comment. " Children in England 'regularly and unknowingly sign over digital rights' Children are being left to fend for themselves in the digital world, regularly signing over rights to their private messages and pictures unknowingly and with scant advice from parents or schools, according to England’s children’s commissioner. 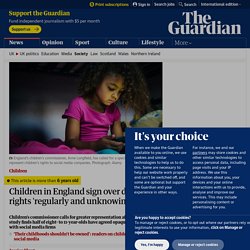 Almost half of eight- to 11-year-olds have agreed impenetrable terms and conditions to give social media giants such as Facebook and Instagram control over their data, without any accountability, according to the commissioner’s Growing Up Digital taskforce. The year-long study found children regularly signed up to terms including waiving privacy rights and allowing the content they posted to be sold around the world, without reading or understanding their implications. How Billboards Are Evolving to Track and Spy on You. If you read tech news, you’re probably well aware that companies are collecting a huge amount of your data: your ISPs are probably monitoring your internet connection, advertisers are collecting and collating everything they can, social networks develop profiles for you even if you don’t have an account, and all sorts of mobile metadata gets collected and analyzed by cell providers and the government. 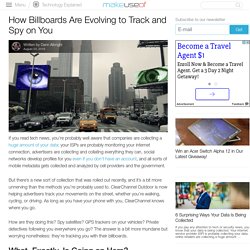 Who killed hyperlink, who killed the web. Networking sucks. Because people don’t give a shit. — Life Learning. Only people who genuinely care will chat to you The people who just want something, and probably want it for free, they will not have a conversation. 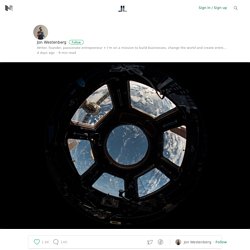 Welcome to the new feudalism – with Silicon Valley as our overlords. Are we facing another tech bubble? 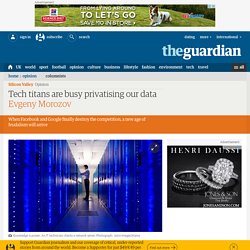 Or, to put it in Silicon Valley speak, are most unicorn startups born zombies? How you answer these questions depends, by and large, on where you stand on the overall health of the global economy. Some, like the prominent venture capitalist Peter Thiel, argue that virtually everything else – from publicly traded companies to houses to government bonds – is already overvalued. The options, then, are not many: either stick with liquid but low-return products such as cash – or go for illiquid but potentially extremely lucrative investments in tech startups. Facebook Must Be Accountable to the Public — Data & Society: Points. Facebook accused of censoring conservatives, report says. Facebook’s trending bar deliberately suppresses conservative news, according to a new report. 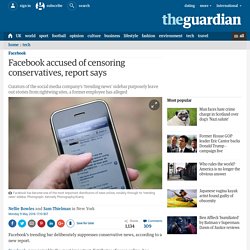 Facebook, now arguably the most important distributor of news online, has cultivated the idea that its bar is an impartial algorithm that responds to “likes” and gives users only what they’ve indicated they want. But in a bombshell confession on the tech blog Gizmodo, a former editor says popular conservative news would be kept off the “trending news” sidebar.

“I’d come on shift and I’d discover that CPAC [Conservative Political Action Conference] or Mitt Romney or Glenn Beck or popular conservative topics wouldn’t be trending because either the curator didn’t recognize the news topic or it was like they had a bias against Ted Cruz,” the former news curator told Gizmodo. The news started a firestorm in conservative media circles. The Drudge Report ran the piece in its top slot with a picture of Facebook’s chief operating officer Sheryl Sandberg and the headline: “Not Leaning In ... How Facebook’s news feed algorithm works. Photo illustration by Lisa Larson-Walker. 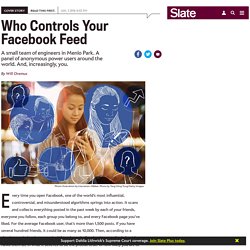 Photo by Tang Ming Tung/Getty Images. From relationships to revolutions: seven ways Facebook has changed the world. On Monday, one in seven people on Earth used Facebook – 1 billion people, according to founder Mark Zuckerberg. 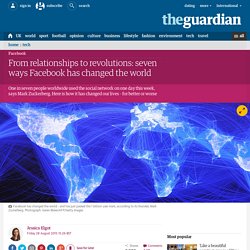 In a decade, the social network has transformed people’s relationships, privacy, their businesses, the news media, helped topple regimes and even changed the meaning of everyday words. “A more open and connected world is a better world. How technology is changing disaster relief. When the British government delivered emergency aid to people fleeing Islamic militants in northern Iraq last month, one of its primary concerns was how the refugees might charge their mobile phones. 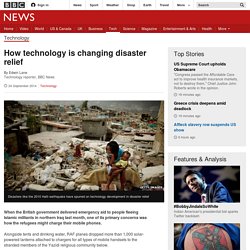 Alongside tents and drinking water, RAF planes dropped more than 1,000 solar-powered lanterns attached to chargers for all types of mobile handsets to the stranded members of the Yazidi religious community below. It is the first time the lanterns have been airdropped in such a relief effort, but humanitarian workers say it is part of growing efforts to develop technology designed to make a difference in disaster zones. In 2010, Dr Paul Gardner-Stephen, a computer systems researcher at Flinders University in Australia, was driving to work in his car when he first heard radio reports of the devastation of the Haiti earthquake, more than 10,000 miles away. Google Hummingbird Marketers guide.