Me? Oh, I’m fine, other than the (terminal) cancer. After a surgery to remove the tumor and the surrounding tissues, I thought the cancer was gone. 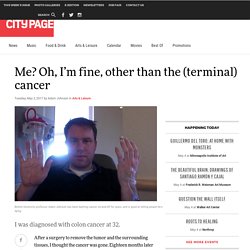 Eighteen months later it was back, it was terminal, and I was told I had one or two years left. I am now 38, and have a bunch of little tumors the size of marbles and a couple of bigger ones, the size of golf balls, in my lungs. I’ve run through six different kind of chemotherapies, and even more diagnosis variants of “this is your last (fill in the blank).” And while I’ve gotten sick, lost hair, lost weight, lost the ability to play sports and roughhouse with my daughters, I’ve never quite died. Death, in my case, seems to like the snooze button. Mobile. Authors. 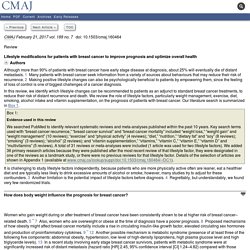 The Things I Wish I Were Told When I Was Diagnosed With Cancer. Your relationships are about to change. 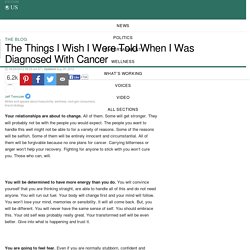 All of them. Some will get stronger. They will probably not be with the people you would expect. The people you want to handle this well might not be able to for a variety of reasons. Some of the reasons will be selfish. You will be determined to have more energy than you do. You are going to feel fear. The people that love you will be just as scared as you are.

The sooner you recognize that you are mortal, the sooner you can create the mentality for survival. Side Effects of Afinitor (Everolimus Tablets) Drug Center - RxList. The following serious adverse reactions are discussed in greater detail in another section of the label [see WARNINGS AND PRECAUTIONS]: 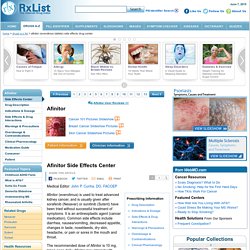 Paul Kalanithi, writer and neurosurgeon, dies at 37. This letter from a reader in response to the Stanford Medicine essay is representative: “Dr. 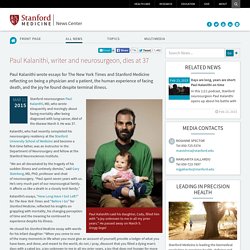 Kalanithi, I could not hold my tears while reading your story. It is a sad story, but at the same time it is an amazing story to share. These are the type of stories that stop us, and make us re-think life and the way that we are living it. Your story has touched me deeply in a very positive way.” Kalanithi appeared to live by his words. Continuing to teach In what proved to be his last days of life, Kalanithi worked on a teaching module with the director of Stanford’s palliative care education and training program, VJ Periyakoil, MD. His ‘dual citizenship’ as a doctor and as a seriously ill patient had taught him that respectful communication is the bedrock of all medicine.

“His ‘dual citizenship’ as a doctor and as a seriously ill patient had taught him that respectful communication is the bedrock of all medicine. A memorial service will take place at 2 p.m. Hormonal Therapy Side Effects Linked to Lower Risk of Recurrence. Hormonal therapy side effects may include hot flashes, night sweats, and joint pain. 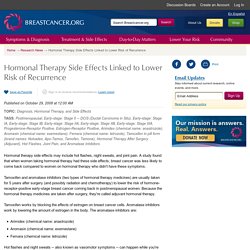 What your friends with cancer want you to know (but are afraid to say) - Roadkill Goldfish. Original image: Flickr, Justin Sewell People with cancer are supposed to be heroic. 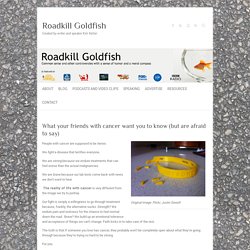 We fight a disease that terrifies everyone. Denosumab for the treatment of bone metastases in breast cancer: evidence and opinion. Study of Denosumab as Adjuvant Treatment for Women With High Risk Early Breast Cancer Receiving Neoadjuvant or Adjuvant Therapy (D-CARE) Breast Cancer Patient's Perspective on the Need for Research. National Breast Cancer Awareness Month (NBCAM) was started by a pharmaceutical company that had ties to tamoxifen, an anti-cancer drug still used widely today. 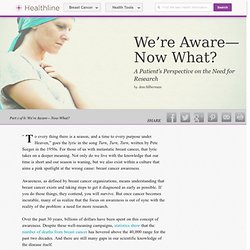 The aim of NBCAM was to make sure every woman was aware of this disease, and to promote mammography as the most powerful weapon in the fight against breast cancer. Back in the 1980s, this seemed like a reasonable goal. The 21 Best Breast Cancer Blogs of 2014. Dancing with Cancer A longtime blogger, Jill writes lovingly of family, friends, and food, and bluntly about her cancer and treatment in Dancing with Cancer. 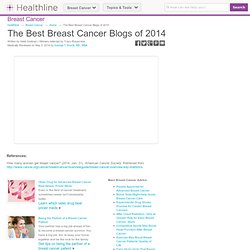 Jill’s treatment regimen and the unrelenting impact of cancer often leave her tired, hurting, and needing to sit out the occasional dance. Other breast cancer patients surely will find Jill’s disclosures familiar. In one post, she writes of a recommended drug that can lead to neuropathy. Low-Dose Aspirin May Halt Breast Cancer. Post Chemo Hair Loss (and Regrowth) 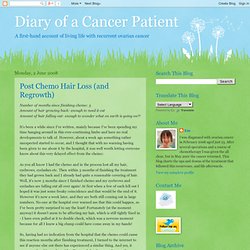 It's been a while since I've written, mainly because I've been spending my time hanging around in this ever-continuing limbo and have no real developments to talk of. However, about a week ago something rather unexpected started to occur, and I thought that with no warning having been given to me about it by the hospital, it was well worth letting everyone know about this very delayed effect from the chemo: Stand Up To Cancer — This Is Where The End Of Cancer Begins. What It Feels Like Waiting for Cancer Test Results  I was diagnosed with lung cancer in 2006. For the past eight years since my operation I've gone every few months for a blood test or scan. I just had another clear scan, and by now I'm used to the routine, although sometimes if I have a cold or I'm not feeling 100 percent I still feel as I did when I wrote the piece below, when I lived alone and feared the worst.

I express my feelings through the format and syntax as well as the words: From right after you take the last blood test or scan until you take the next, time flows pretty normally. And then, a couple of weeks before the test, you start thinking of it. You've been dealing with this for two and a half years now. The day of the test you wake up and your gut feels punched or like falling fast in an elevator except it doesn't go away, it keeps getting stronger.

With this new dosage form, the currently approved indication for treatment of SEGA has been expanded to allow treatment of children younger than 3 years of age. The application also provides a higher starting dose, revisions to dose modifications, and additional safety and efficacy data in the SEGA population. Breast Cancer Treatment Outcome Calculator.