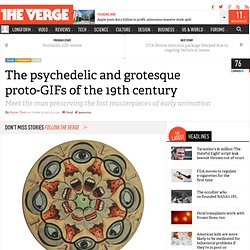 Richard Balzer’s love affair began about 40 years ago, when he saw his first magic lantern — an early image projector invented in the 1600s. The experience would prove transformative. "I was just stunned," he says. "I think I fell in love. " Balzer, a New York native, was working abroad as a photographer at the time, but the encounter kindled a dormant passion that would persist for decades. Phenakistoscope disc, England, 1833. Balzer, 69, has spent the past five years curating a virtual museum of his collection online, publishing detailed drawings, diagrams, and photographs of the 19th-century animations he’s accumulated over the years. Belgian physicist Joseph Plateau is widely credited with inventing the phenakistoscope in 1832 as part of a study on how the eye perceives illusions. Zoetrope strip, produced by The London Stereoscopic & Photographic Co., c.1870. 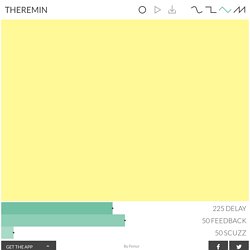 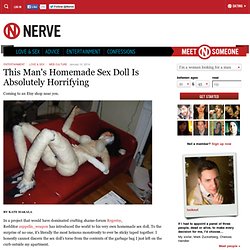 In a project that would have dominated crafting shame-forum Regretsy, Redditor zeppelin_weapon has introduced the world to his very own homemade sex doll. To the surprise of no one, it's literally the most heinous monstrosity to ever be sticky taped together. I honestly cannot discern the sex doll's torso from the contents of the garbage bag I just left on the curb outside my apartment. Why was this man so desperate to fuck a semi-female-shaped object that he had to go with a DIY fuck piñata? I sort of feel like I should give everyone a NSFW warning for the photos below, but they're also about as sexually provocative as a balloon tied to a magazine tied to a sneaker can be. Images via Reddit. Get More from Our Sister Site: Why We'd Jump at the Chance to Date Selena Gomez [Famously] All the Reasons Why Ryan Gosling is the Perfect Celebrity Crush [Famously]