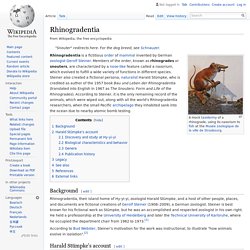 For the dog breed, see Schnauzer. Background[edit] Rhinogradentia, their island home of Hy-yi-yi, zoologist Harald Stümpke, and a host of other people, places, and documents are fictional creations of Gerolf Steiner (1908–2009), a German zoologist. Steiner is best known for his fictional work as Stümpke, but he was an accomplished and respected zoologist in his own right.

He held a professorship at the University of Heidelberg and later the Technical University of Karlsruhe, where he occupied the department chair from 1962 to 1973.[1] Qualtrics Survey Solutions. Abstract Bookv3. Speculative Evolution. Speculative biology is simultaneously a science and form of art in which one speculates on the possibilities of life and evolution. 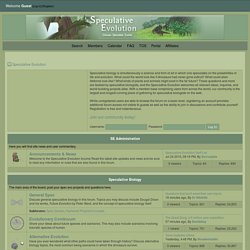 What could the world look like if dinosaurs had never gone extinct? What could alien lifeforms look like? What kinds of plants and animals might exist in the far future? These questions and more are tackled by speculative biologists, and the Speculative Evolution welcomes all relevant ideas, inquiries, and world-building projects alike. With a member base comprising users from across the world, our community is the largest and longest-running place of gathering for speculative biologists on the web. Future of The World - Speculative Evolution Wiki - Wikia. This page is under construction, we advise to tell your ideas in the comments or in the candidates section. 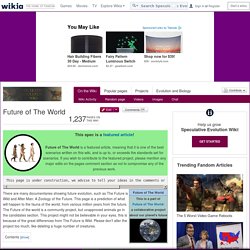 There are many documentaries showing future evolution, such as The Future is Wild and After Man: A Zoology of the Future. This page is a prediction of what will happen to the fauna of the world, from various million years from the future. Planetfuraha. Dougal Dixon "Man after man. An anthropology of the future" 3 million years hence. The figure has never noticed this. 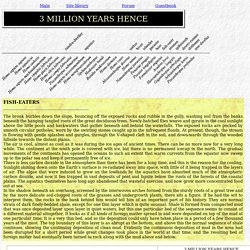 It is not part of his life and he is looking the other way. Sunlight, sparkling from the pool below him, casts ripples of light on his face and arms. He has the long limbs and the long face of one of the hunting people, but there is something a little different about him. Furahan Biology and Allied Matters. Speculative Biology in the practices of BioArt. List of fictional extraterrestrials by form. This is a List of fictional alien lifeforms from science fiction by physical features or form. 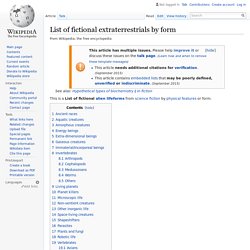 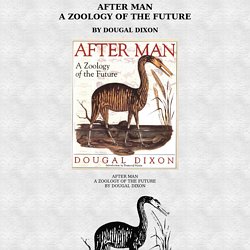 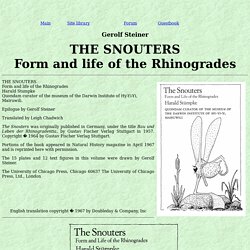