Shri Bagalamukhi Devi. She is the goddess of black magic, of poisons. 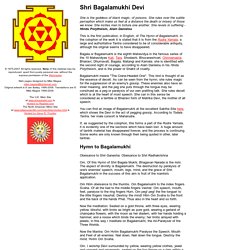 She rules over the subtle perception which make us feel at a distance the death or misery of those we know. She incites men to torture one another. The Holy Grail as Lucifer's Crown Jewel - Jason Colavito. Lord Balarama Appearance. 554824ecf2e04.pdf. The Dance of Shiva. An Error Occurred Setting Your User Cookie. Srimad Bhagavatam Canto 5 Chapter 25. Puja Process - Devotional Only. Sri Lakshmi was the daughter of the sage Bhrigu and took refuge in the ocean of milk when the gods were sent into exile. 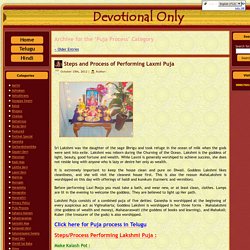 Lakshmi was reborn during the Churning of the Ocean. Lakshmi is the goddess of light, beauty, good fortune and wealth. While Laxmi is generally worshiped to achieve success, she does not reside long with anyone who is lazy or desire her only as wealth. It is extremely important to keep the house clean and pure on Diwali. India: Shiva Nataraja (Lord of the Dance) KirAta (Lord shiva as a Hunter) Home > Forms of God > mAhEshvara mUrtham. 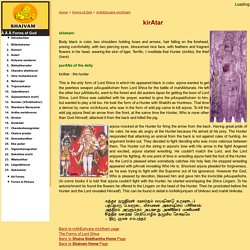 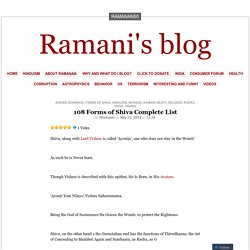 Though Vishnu is described with this epithet, He Is Born, in His Avatars. ‘Ayonir Yoni Nilayo’ Vishnu Sahasranama. Gana. For the Indian country, see Gana. 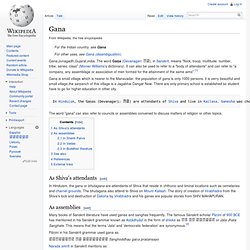 Gana,Junagadh,Gujarat,india. The word Gaṇa (Devanagari: गण), in Sanskrit, means "flock, troop, multitude, number, tribe, series, class" (Monier Williams's dictionary). It can also be used to refer to a "body of attendants" and can refer to "a company, any assemblage or association of men formed for the attainment of the same aims".[1] Gana is small village which is nearer to the Manavadar. the population of gana is only 1000 persons. it is verry beautiful and small village,the sarpanch of this village is a Jagabhai Dangar Now.

There are only primary school is established so student have to go for higher education in other city. Timeline Photos - Society For The Protection and Promotion of Polytheism. Vajrayogini. Vajrayoginī is a generic female iṣṭadevatā and although she is sometimes visualized as simply Vajrayoginī, in a collection of her sādhanās she is visualized in an alternate form in over two thirds of the practices.[2] Her other forms include Vajravārāhī (Wylie: rdo-rje phag-mo "Vajra Sow") and Krodikali (alt. 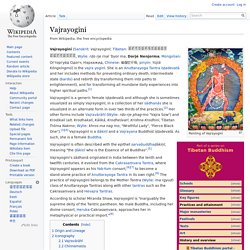 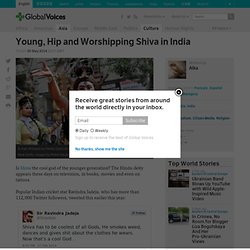 Image by Rohit Gautam. Copyright Demotix (10/3/2013) Is Shiva the cool god of the younger generation? The Hindu deity appears these days on television, in books, movies and even on tattoos. Popular Indian cricket star Ravindra Jadeja, who has more than 112,000 Twitter followers, tweeted this earlier this year: Even major magazines run cover stories about Shiva and the new-found obsession for him among India's youth. For generations of Indians over millennia, Shiva was a God to be feared. The “Shiva” phenomenon seems to have grown stronger since Purie's observation. Tripathi takes a guess at what lies behind Shiva's popularity. I’m certainly not surprised by the passion of the youth for our myths.

Devdutt Pattanaik, author of several books on Shiva and a consultant for Devon ke Dev Mahadev, has a more radical view about Shiva's popularity. LEGENDS OF PRINCE LAKSHMAN. KILLING OF INDRAJIT : Indrajit was the son of the Lankan king Ravana. 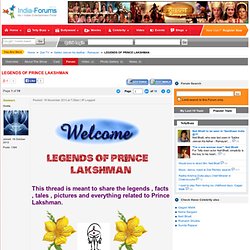 Fierce battle ensued, and unable to injure Lakshmana by normal means, Indrajit resorted to the use of the three Supreme Weapons (Brahmastra, Pashupatastra, and Vaishnavastra) on Lakshmana. To Indrajit's great shock and dismay, each of the three weapons refused to even touch Lakshmana, with the Vaishnavastra circumambulating Lakshmana before disappearing. Realization dawned on Indrajit that Lakshmana was no ordinary human as he and his father had perceived. Ribhus. The Ribhus (Sanskrit: ऋभु, ṛbhu) are three at first mortal beings who according to Sayana attained godhood by austerities.[1] Their individual names were Ribhu (or Rhibhu), Vaja and Vibhvan, but after the name of their leader they were collectively called Rhibhus or Ribhus (ṛbhú-, pl. ṛbhava). 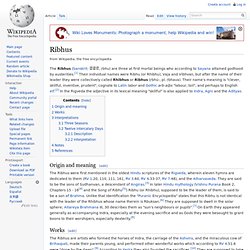 Their name's meaning is "clever, skillful, inventive, prudent", cognate to Latin labor and Gothic arb-aiþs "labour, toil", and perhaps to English elf.[2] In the Rigveda the adjective in its lexical meaning "skillful" is also applied to Indra, Agni and the Adityas. Origin and meaning[edit] Works[edit] Interpretations[edit] Three Seasons[edit] YAKSHAS AND YAKSHINIES. Lessons for seniors(21) The Jains worship idols of the Jinas, Tirthankars1, who are reverend as supreme beings but as the time passed by the Jains also started worshipping many other deities, Yaksas and Yaksinis, in Jain temples. 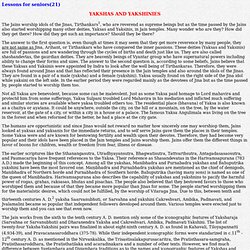