Who is Esau Part 1 What Color Was He. Topic: The curse of Yaconyah teaching and lineage of Yahushua. Many traditional Jews insist that Yahushua cannot be the Messiah because He is not a descendent of King David (Jeremiah 23:5, 33:17; Ezekiel 34:23-24) and that, because Joseph descended from Jeconiah (Mat. 1:11) he fell under the curse of that king which means that none of his descendants could ever sit as king upon the throne of David (Jeremiah 22:30; 36:30). which also disqualifies her from being a Messianic progenitor. 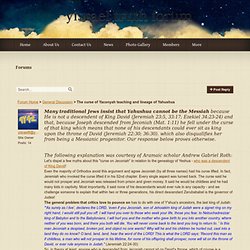 Our response below proves otherwise. The following explanation was courtesy of Aramaic scholar Andrew Gabriel Roth: Let's dispel a few myths about this "curse on Jeconiah" in relation to the genealogy of Yeshua - who was a descendent of King David! Even the majority of Orthodox avoid this argument and agree Jeconiah (by all three names) had his curse lifted. In fact, Jeremiah who invoked the curse lifted it in his 52nd chapter.

Hebriac studies 3. YouTube. Chosen - #1. The Deceit of Lucifer: UFOs, Demons, Atlantean Vimanas and Vril Power. Chosen - #2. Introduction to North East Africa Vol. 1. Chosen - #3a Egypt Is The Key. Chosen - #3b Egypt Is The Key. Israelites In Slavery (So Called Negro).WMV. Chosen - #3c Egypt Is The Key. THE BLACK HOLOCAUST PT.1. HEBREW KINGDOM OF JUDAH FOUND - IN WEST AFRICA !!!!!!!! MAPS. SIGNS IN THE HEAVENS PROPHETIC EVENTS FEBUARY 2013. Prophetic signs of the end of the world: events of 2011 and 2012.

HEBREW TRIBE OF LEVI FOUND IN WEST AFRICA !!!!! MAPS!!!!!!!!!!! Who is Esau 2 What Color Was He. YouTube. Videos Of The UFO Experience 2014 (3) Hailstorm south of Dallas, Tx. On 3-23-13. Prophetic signs of the end of the world: signs in the sun (11) Major Media Deceptions and the Coming New Madrid Earthquake. Our Changing World. HealthTap. BLACK FUTURE / ISRAEL'S RETURN FROM CAPTIVITY. Who Were the Kushites? The Kushites are the Nilo-Saharan peoples who contributed their binary worldview to the ancient Afro-Asiatic world. 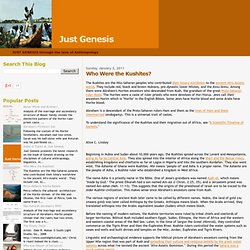 They include red, black and brown Nubians, pre-dynastic lower Nilotes, and the Ainu/Annu. Among them were Abraham's Horites ancestors who descended from Kush, the grandson of the great Proto-Saharan ruler Noah. The Horites were a caste of ruler-priests who were devotees of Hor/Horus. Jews call their ancestors Horim which is "Horite" in the English Bibles. Some Jews have Horite blood and some Arabs have Horite blood. Yisraeltruthforum. Todahyah's Channel. Antichrist REVEALED - (Everything, Name, Mark and Image) Doctrine Of The Nicolaitans. Jacob And Esau Movie. Genesis (La Genèse) The Missing Link. The Fourth Beast Horns and Crowns 01/19 by NOYRADIO WYAH. Yah Khai !!! 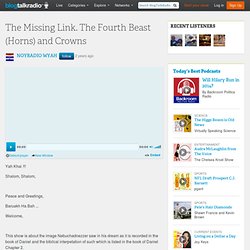 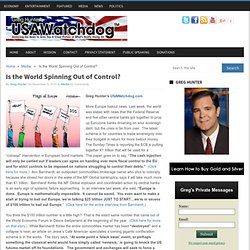 Last week, the world was elated with news that the Federal Reserve and five other central banks got together to prop up Eurozone banks drowning on sour sovereign debt, but the crisis is far from over. The latest scheme is for countries to trade sovereignty over their budgets in return for more bailout money. The Sunday Times is reporting the ECB is putting together €1 trillion that will be used for a “colossal” intervention in European bond markets. The paper goes on to say, “The cash injection will only be carried out if leaders can agree on handing over more fiscal control to the EU and for strict controls to be imposed on nations struggling to control their debts.”

SECRET CONSPIRACY ISRAEL JEWS BLACK PEOPLE. Chosen - #4d The 400yr prophecy to Abraham. Chosen - #4c The 400yr prophecy to Abraham. Nibiru / Planet X Debris Approaching? The MEGA New Madrid Earthquake is Coming Soon. The Unrighteous Traffic - Rhode Island's Slave History. Israelites empires in Africa. FINAL TARGET: Plant Earth. The Death Throes of the United States. Ancient Discoveries: Mega Structures Of The Deep. Beyond The Surface: Pride Goeth Before Destrction Pt. 1. Beyond The Surface: The Deception of Religion Pt.1. NCCI. REALTIME: THE BEAST AND THE GREAT WHORE. You still don't believe Nibiru is on its Way? THE TRUTH HURTS JEWS ADMIT THEY ARE NOT THE JEWS OF THE BIBLE. Who Are The Israelites? (FULL MOVIE) True Christianity Supports True Jews, Zionist Jews Exposed 2012. Prince Yisrael-Nation of Yisrael-One King One Kingdom Ministries. Resurrection of Ysrael. THE BLOODLINE OF THE RULING ELITE. PAGAN TRADITIONS IN CHRISTIANITY. Zeus is jesus historians explain.

Alexander the Great - National Geographic. The Hellenistic world. Introduction to North East Africa Vol. 1. The real truth about the "Middle East" YISRAEL8 : , for one cuts a tree from... Ark of the Covenant Ronn Wyatt. Planet X: The Evidence is Still Strong!