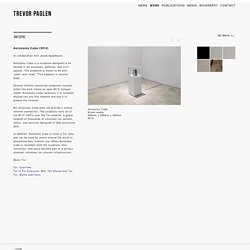 Autonomy Cube is a sculpture designed to be housed in art museums, galleries, and civic spaces. The sculpture is meant to be both “seen” and “used.” This happens in several ways. Several Internet-connected computers housed within the work create an open Wi-Fi hotspot called “Autonomy Cube” wherever it is installed. But Autonomy Cube does not provide a normal internet connection. In addition, Autonomy Cube is itself a Tor relay, and can be used by others around the world to anonymize their internet use. About Tor: Tor: OverviewTor Is For Everyone: Why You Should Use TorTor: Myths and Facts. Trevor Paglen's drone photography wins 2016 Deutsche Börse prize.

Trevor Paglen, the US multidisciplinary artist known for his work tackling mass surveillance, has been awarded this year’s Deutsche Börse photography prize. 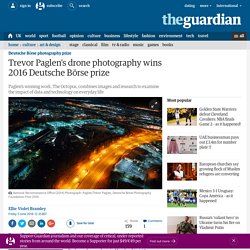 Paglen, who was born in Maryland in 1974, won for his work The Octopus, first shown at Frankfurter Kunstverein last summer. The project explores topics such as data collection, military surveillance, drone warfare and the systems of power connected to them, and comprises images of restricted military and government areas and skylines showing the flight tracks of passing drones, as well as research assembled in collaboration with scientists, amateur astronomers and human rights activists. The artist who maps the twilight world of the surveillance agencies. It was a strange stage that Trevor Paglen took to, standing against a cartoon forest backdrop in a faux Gothic meeting room that was once a masonic lodge, looking out over a sea of attentive faces, gilded chairs and a plush, red carpet. 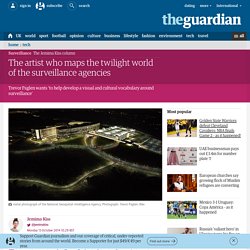 Paglen, a visual artist, is using this setting to preach about the power of the image to manipulate, to distort but also to reveal. “Images jump off the page and scramble our brains. Face Scripting: What did the building see? - Forensic Architecture. Between 8pm and 9pm on 19th of January 2010, Hamas official Mahmoud al-Mahbouh was killed in room 230 of Al Bustan Rotana Hotel, Dubai. 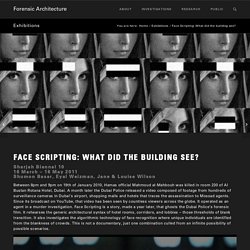 A month later the Dubai Police released a video composed of footage from hundreds of surveillance cameras in Dubai’s airport, shopping malls and hotels that traces the assassination to Mossad agents. Since its broadcast on YouTube, that video has been seen by countless viewers across the globe. It operated as an agent in a murder investigation. Face Scripting is a story, made a year later, that ghosts the Dubai Police’s forensic film. It rehearses the generic architectural syntax of hotel rooms, corridors, and lobbies – those thresholds of blank transition. Face Scripting: What Did the Building See? Addendum by Eyal Weizman: The film, made with Shumon Basar and Jane and Louise Wilson for the Sharjah Biennial of 2011, dealt with the investigation of the assassination in Dubai of Hamas operative Mahmoud Al-Mabhouh in January 2009. 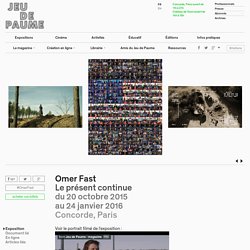 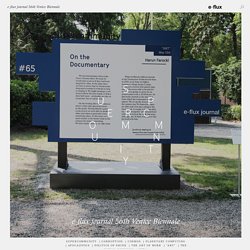 On the terrace next to our hotel I take a photo of one of the approximately 15 chairs around a long, fixed table. A chair cushion has been fitted onto a tin bucket. Three wooden bars screwed onto the bucket serve as legs. In order to increase the chair’s stability, the bars have been bent outward. Probably under steam—the same method by which the components of Vienna coffeehouse chairs are bent. Artists Stage Political Interventions in Video Games.

Screen shot of “dead-in-iraq” (2006–2011) by Joseph DeLappe (screenshot taken by the author for Hyperallergic) “I’m interested in using games as a way to engage in and critique the fine art world, especially the economics of that world,” said Grayson Earle, an Integrated Media Arts adjunct professor at Hunter College and SUNY Baruch, and member of The Illuminator. 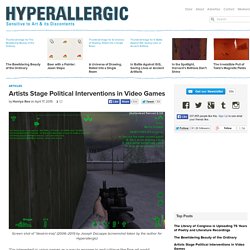 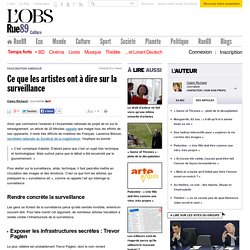