Housing only into the second quarter of the cycle, says Stockland's Steinert. CHARTS: How Australian bank margins have been eroded. Australian banks have been under pressure in the last month with investors unimpressed with the latest profit results and regulators restricting commercial housing loans. 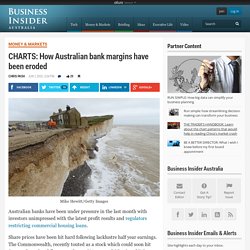 Share prices have been hit hard following lacklustre half year earnings. The Commonwealth, recently touted as a stock which could soon hit $100 a share, has fallen more than 12% to around $84 since hitting a high of $96 on March 15. Early last month the Commonwealth posted a flat March quarter cash profit of $2.2 billion with a rise in expenses and pressure on loan margins.

This followed Westpac recording a disappointing first half cash profit of $3.778 billion. However, CLSA, in a note to clients, says it believes Australian banks will emerge in great shape. The investment house points to the ability of the banks to pass on the cost of higher capital to borrowers and a massive opportunity to strip out costs in a low revenue growth environment. Petition, rising costs, regulation: why Australian banks are finding it tough. Australian Real Estate Prices. House prices rose by 6.8% in Australia's eight major cities in 2014 (3.34% inflation-adjusted), after a rise of 9.48% during 2013 (6.47% inflation-adjusted), based on figures from the Australian Bureau of Statistics (ABS). 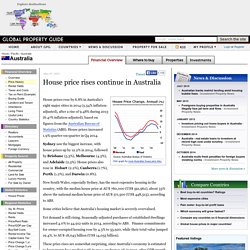 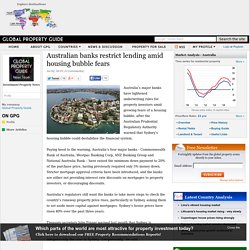 Paying heed to the warning, Australia’s four major banks - Commonwealth Bank of Australia, Westpac Banking Corp, ANZ Banking Group and National Australia Bank – have raised the minimum down payment to 20% of the purchase price, having previously required only 5% money down. Stricter mortgage approval criteria have been introduced, and the banks are either not providing interest rate discounts on mortgages to property investors, or discouraging discounts. Aussie Banks Seen Needing More RBA Rate Cuts to Bolster Margins. Australia’s biggest banks are looking to Glenn Stevens for a hand in arresting a four-year decline in lending margins. 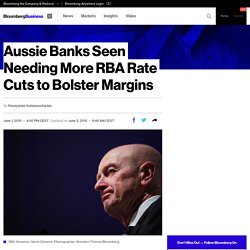 As Stevens oversaw 2.75 percentage points of Reserve Bank of Australia interest-rate cuts since late 2011, the finance industry bond yield premium over the swap rate fell to 90 basis points from more than 200, according to Bank of America Merrill Lynch. Special interest rates used to attract term deposits from customers averaged 2.65 percent in April, the least relative to the benchmark borrowing cost since 2009, RBA data show. The lower financing costs haven’t prevented the big four’s net interest margin, the spread between the amounts paid for funds and earned on loans, from collapsing to a six-year low amid intensifying mortgage competition. RBA to blame for Australia's housing bubble. There's only one party to blame for Australia's unprecedented house price bubble. 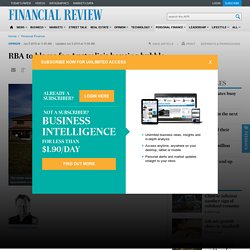 And it's not buyers, vendors, developers, immigrants or local councils restricting new approvals. While they have all contributed to the underlying demand and supply dynamics, the unsustainable price growth across Sydney and Melbourne since January 2013 is squarely the responsibility of the monetary policy mandarins residing in the Reserve Bank of Australia's Martin Place headquarters. Pimco 'cautiously optimistic' about global economy but warns on rates. Regulatory reform in the aftermath of the global financial crisis has steeled the banking system against another meltdown, but also heightened the risk of liquidity traps across different asset classes, says investment firm Pimco. 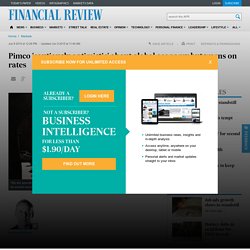 The US-based asset manager, in its May secular outlook, says that the decline in market-making by investment banks because of new capital buffer and own-account trading rules has made liquidity management central to sound investment strategies. Its warning is the latest in a string of cautionary comments by professional investors and economists, and comes just after a fresh bout of volatility in global bond and currency markets. "We are operating in a less risky world in terms of leverage in the banking system and, at the global level, with a far smaller shadow banking system," Pimco said.

Housing bubble will only get bigger. So it would appear that the "official family" – aka Treasury secretary John Fraser – accepts that the house price bubble we've been warning about since 2013 has suddenly materialised. 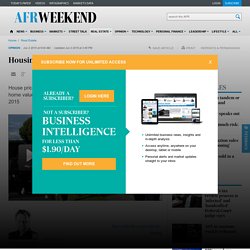 Yes, that would be the bubble that many harangued us for daring to discuss, and which the Reserve Bank of Australia has denied exists. It's an inconvenient truth for media outlets spruiking property portals and home loan advertising and for central bankers trying to rationalise insanely cheap money – you can now get that 3.98 per cent variable rate we anticipated prior to the RBA's May cut.

Rent and invest, how the Australian dream has reversed. Why first home buyers are becoming property investors rather than home owners. Most Australians have nearly all their wealth tied up in their homes. 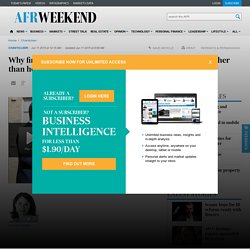 That's risky for them and for the economy as a whole, which is why we're seeing the fevered debate about whether we're in a housing bubble amid soaring prices and whether homes, particularly in Sydney and Melbourne, remain affordable. An emerging trend that goes to the heart of the affordability debate has been highlighted by Martin North, principal of Digital Finance Analytics. 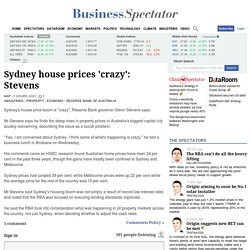 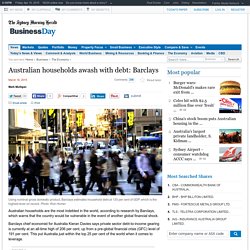 Photo: Rob Homer Australian households are the most indebted in the world, according to research by Barclays, which warns that the country would be vulnerable in the event of another global financial shock. Barclays chief economist for Australia Kieran Davies says private sector debt-to-income gearing is currently at an all-time high of 206 per cent, up from a pre-global financial crisis (GFC) level of 191 per cent.

Debt and (not much) deleveraging. Global debt has grown by $57 trillion and no major economy has decreased its debt-to-GDP ratio since 2007. High government debt in advanced economies, mounting household debt, and the rapid rise of China’s debt are areas of potential concern. Seven years after the bursting of a global credit bubble resulted in the worst financial crisis since the Great Depression, debt continues to grow. In fact, rather than reducing indebtedness, or deleveraging, all major economies today have higher levels of borrowing relative to GDP than they did in 2007.

Global debt in these years has grown by $57 trillion, raising the ratio of debt to GDP by 17 percentage points (Exhibit 1). That poses new risks to financial stability and may undermine global economic growth. Australian households too indebted and ill-prepared for upcoming crisis. New research from Barclays warns Australian households have record debt levels, some of the highest in the world, greatly exposing them to heightened risk in the event of another financial crisis. The report shows household debt in Australia is at 130 per cent of GDP, significantly more than the global average of 78 per cent.

The global average has declined from a record high of 81 per cent in 2010, showing the majority of the world is deleveraging while Australia continues to binge. Household debt in Australia held steady at 116 per cent of GDP from 2008 until 2013 when Australia’s property market went into hyper drive, pushing debt unsustainably higher. The extreme household debt levels groups Australia in with many Eurozone countries, with Denmark at 129 per cent, Switzerland 120 per cent and the Netherlands 115 per cent. Melbourne Land Boom. This paper is one in a series of nine documents prepared by Policy Department A for the Monetary Dialogue discussions in the Economic and Monetary Affairs Committee (ECON) of the European Parliament.

Abstract The global financial and economic crisis forced major central banks to act swiftly and to innovate to avoid a free fall of their economies. The (not so) Unconventional Monetary Policy of the European Central Bank since 2008.