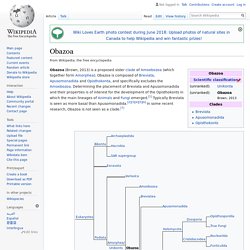 Obazoa is composed of Breviata, Apusomonadida and Opisthokonta, and specifically excludes the Amoebozoa. Determining the placement of Breviata and Apusomonadida and their properties is of interest for the development of the Opisthokonts in which the main lineages of Animals and Fungi emerged.[1] Typically Breviata is seen as more basal than Apusomonadida.[2][3][4][5][6] In some recent research, Obazoa is not seen as a clade.[7] Google Image Result for. Search by image Related images: View more Images may be subject to copyright.Send feedback en.wikipedia.org1498 × 894Search by image Figure 12. 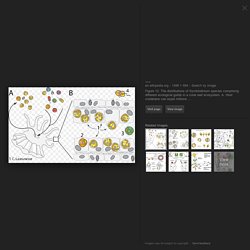 Indirect development, transdifferentiation and the macroregulatory evolution of metazoans. Evolution. Questions regarding relationships within polyclads and of polyclads with other flatworms abound. 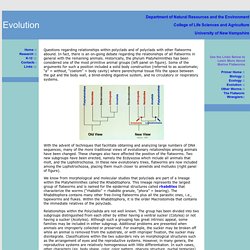 The embryonic development of the cnidarian Hydractinia echinata - Kraus - 2014 - Evolution & Development. Neanderthal and Denisovan Genomes. Ape. Tree of Life. Just an axolotl living in an axolotl world. Developmental Biology 10e Online: How the Chordates Got a Head. Diploblasts and triploblasts. Carl Zimmer wrote on evolution in jellyfish, with the fascinating conclusion that they bear greater molecular complexity than was previously thought. 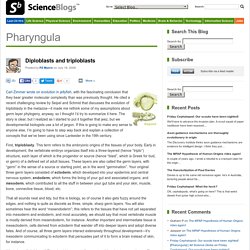 He cited a recent challenging review by Seipel and Schmid that discusses the evolution of triploblasty in the metazoa—it made me rethink some of my assumptions about germ layer phylogeny, anyway, so I thought I’d try to summarize it here. The story is clear, but I realized as I started to put it together that jeez, but we developmental biologists use a lot of jargon. If this is going to make any sense to anyone else, I’m going to have to step way back and explain a collection of concepts that we’ve been using since Lankester in the 19th century. First, triploblasty. Week 08. Back to: Biology 112 SyllabusBack to: Biology 112: Evolution and EcologyHome PageBack to: Kenyon College Biology Department Week 8: Revolutions in biological diversity: animals and intelligence Assigned reading: Chapter 32 & 34 in text Quiz this week? 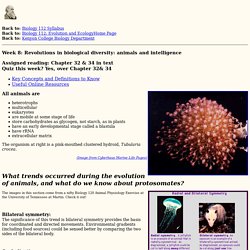 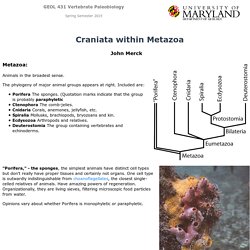 The phylogeny of major animal groups appears at right. Included are: Phylogenetics - ScienceDirect Topics. Defining Statement This article examines the recent use of phylogenetic methods to infer relationships among bacteria, comparing results from single-gene and whole-genome analyses, and also from alignment-dependent and alignment-free approaches. 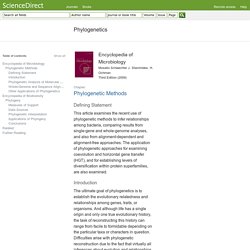 The application of phylogenetic approaches for examining coevolution and horizontal gene transfer (HGT), and for establishing levels of diversification within protein superfamilies, are also examined. Introduction The ultimate goal of phylogenetics is to establish the evolutionary relatedness and relationships among genes, traits, or organisms. Elasmobranchs.

What is an Elasmobranch? 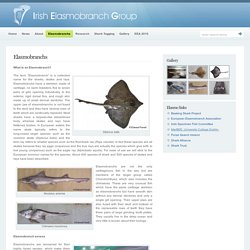 Dipturus batis The term “Elasmobranch” is a collective name for the sharks, skates and rays. Elasmobranchs have a skeleton made of cartilage, no swim bladders, five to seven pairs of gills opening individually to the exterior, rigid dorsal fins, and rough skin made up of small dermal denticles. The upper jaw of elasmobranchs is not fused to the skull and they have several rows of teeth which are continually replaced.

Most sharks have a torpedo-like streamlined body whereas skates and rays have flattened bodies. F1.large.jpg (JPEG Image, 1800 × 1308 pixels) - Scaled (56%) Synapsid. Synapsids were the largest terrestrial vertebrates in the Permian period, 299 to 251 million years ago. 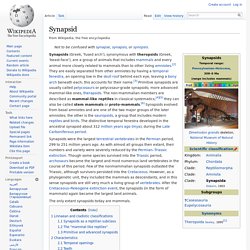 As with almost all groups then extant, their numbers and variety were severely reduced by the Permian–Triassic extinction. Though some species survived into the Triassic period, archosaurs became the largest and most numerous land vertebrates in the course of this period. Few of the nonmammalian synapsids outlasted the Triassic, although survivors persisted into the Cretaceous. 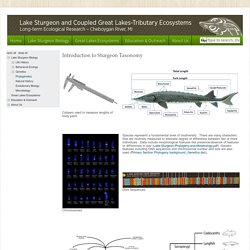 (Examples of food-fish, using common English names are shown in parantheses). (SOURCE: N. Bonde (1994), Geological Inst., Copenhagen) Regeneration: what does it mean and how does it work? Regeneration and humans. Mesozoa. In the 19th century, the Mesozoa were a wastebasket taxon for multicellular organisms which lacked the invaginating gastrula which was thought to define the Metazoa.[3] Evolution[edit] Mesozoa were once thought to be evolutionary intermediate forms between Protozoans and Metazoans, but now they are thought to be degenerate or simplified metazoa.

Their ciliated larva are similar to the miracidium of trematodes, and their internal multiplication is similar to what happens in the sprocysts of trematodes. Mesozoan DNA has a low GC-content (40%). This amount is similar to ciliates, but ciliates tend to be binucleate. Groupings[edit] Protostome. More recent research, however, shows that in protostomes the edges of the dent close up in the middle, leaving openings at the ends which become the mouth and anus.[1][clarification needed] However, this idea has been challenged, because the Acoelomorpha, a group which may be the sister group to the rest of the bilaterian animals, have a single mouth which leads into a blind gut (with no anus). The genes employed in the embryonic construction of this mouth are the same as those expressed around the protostome mouth.[2] There are other significant differences between the protostome and deuterostome patterns of development: Most protostomes are schizocoelomates, meaning a solid mass of the embryonic mesoderm splits to form a coelom.

A few, such as Priapulids, have no coelom, but they may have descended from schizocoelomate ancestors. Chordate. Deuterostome. Deuterostome. Chordate. Conodont. Protobranchia. Bivalvia taxonomy - Palaeos.org. From Palaeos.org. On the Growth of Bivalve Gills Initiated From a Lobule-Producing Budding Zone. Abstract. F2.large.jpg (JPEG Image, 396 × 1280 pixels) - Scaled (78%) Book lung. In this spider diagram, the book lung is labelled 1. Spider book lungs (cross section) Book lungs are not related to the lungs of modern land-dwelling vertebrates. Their name describes their structure. Stacks of alternating air pockets and tissue filled with hemolymph (the arthropod equivalent of blood) give them an appearance similar to a "folded" book.[1] Their number varies from just one pair in most spiders to four pairs in scorpions.