Sh*t Bureaucrats Say. Republican Congressman cites Noah's Flood as evidence against climate change being caused by humans. Wikipedia/CC BY 3.0 Today, the Subcommittee on Energy and Power convened to debate Congress' authority to approve a measure allowing for construction of the controversial Keystone Pipeline. 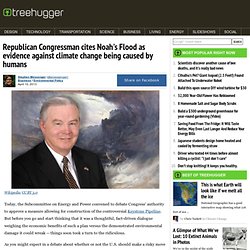 But before you go and start thinking that it was a thoughtful, fact-driven dialogue weighing the economic benefits of such a plan versus the demonstrated environmental damage it could wreak -- things soon took a turn to the ridiculous. As you might expect in a debate about whether or not the U.S. should make a risky move to perpetuate the use of fossil fuels, some committee members took the opportunity to voice doubt that the constant burning of that energy source was behind the rising temperatures, melting ice sheets, and abnormal weather events most scientists associate with climate change. Saturday Morning Breakfast Cereal. March 27, 2013 What's this? 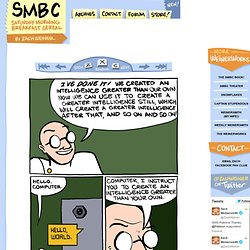 A Trial of the Clone APP? With audio by Wil Wheaton, color artwork, and automatic stat keeping?! Discuss this comic in the forum March 26, 2013 We've already sold over half the tickets for BAH! March 25, 2013 Bets video ever? March 24, 2013 Gaming in color has relaunched! Please check it out! March 23, 2013. Earth Without People. However, it took more than $130 million and a lot of man-hours to drain and seal the arsenal’s lake, in which ducks once died minutes after landing and the aluminum bottoms of boats sent to fetch their carcasses rotted within a month. 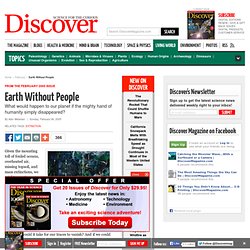 In a world with no one left to bury the bad stuff, decaying chemical containers would slowly expose their lethal contents. Places like the Indian Point nuclear power plant, 35 miles north of Times Square, would dump radioactivity into the Hudson long after the lights went out. Old stone buildings in Manhattan, such as Grand Central Station or the Metropolitan Museum of Art, would outlast every modern glass box, especially with no more acid rain to pock their marble. Shmape : HAHA best card ever... Animal Groups.

Magic trick transforms conservatives into liberals. When US presidential candidate Mitt Romney said last year that he was not even going to try to reach 47% of the US electorate, and that he would focus on the 5–10% thought to be floating voters, he was articulating a commonly held opinion: that most voters are locked in to their ideological party loyalty. 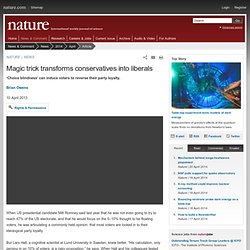 But Lars Hall, a cognitive scientist at Lund University in Sweden, knew better. “His calculation, only zeroing in on 10% of voters, is a risky proposition,” he says. When Hall and his colleagues tested the rigidity of people’s political attitudes and voting intentions during Sweden’s 2010 general election, they discovered that loyalty was malleable: nearly half of all voters were open to changing their minds.

Robot Shaming. Alex_Parker : Robot Shaming, now featuring... On the eve of my 41st birthday, I take advice from a tree. How Do You Deal With Drunk Women Passed Out On The Couch ? Did You Know Scallops Have *Eyes*? Me Neither, but Look - Alexis C. Madrigal. Just try eating scallops with linguine and garlic after reading this article. 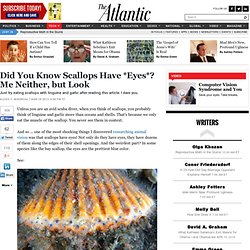 NASA or MOMA? Play the Game! Here are some pictures. 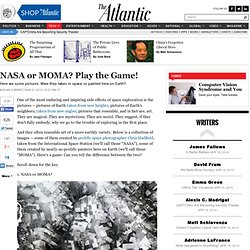 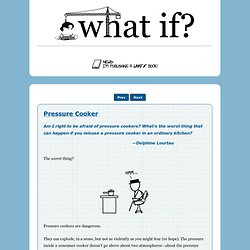 What's the worst thing that can happen if you misuse a pressure cooker in an ordinary kitchen? —Delphine Lourtau The worst thing? French Intelligence Agency Forces Wikipedia Volunteer to Delete Article; Re-Instated, It Becomes Most-Read Page On French Wikipedia. Movie Studios Want Google to Take Down Their Own Takedown Request. In a comical display of meta-censorship several copyright holders including 20th Century Fox and NBC Universal have sent Google takedown requests asking the search engine to take down links to takedown request they themselves sent. 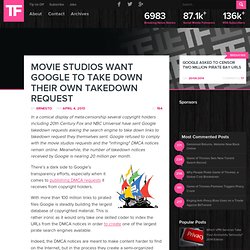 Google refused to comply with the movie studios requests and the "infringing" DMCA notices remain online. Meanwhile, the number of takedown notices received by Google is nearing 20 million per month. There’s a dark side to Google’s transparency efforts, especially when it comes to publishing DMCA requests it receives from copyright holders.