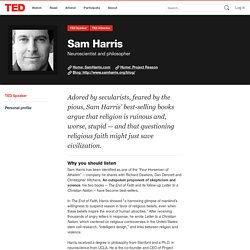 Why you should listen Sam Harris has been identified as one of the "Four Horsemen of Atheism" -- company he shares with Richard Dawkins, Dan Dennett and Christopher Hitchens. An outspoken proponent of skepticism and science, his two books -- The End of Faith and its follow-up Letter to a Christian Nation -- have become best-sellers. In The End of Faith, Harris showed "a harrowing glimpse of mankind’s willingness to suspend reason in favor of religious beliefs, even when these beliefs inspire the worst of human atrocities. " After receiving thousands of angry letters in response, he wrote Letter to a Christian Nation, which centered on religious controversies in the United States: stem cell research, “intelligent design,” and links between religion and violence. What others say. Tim Ferriss. What should you do if you want to be an entrepreneur, but have no background in business? Archive. Don't pay for college books. Reuben Margolin. How Poor Planning And Being Impulsive Can Lead To Big Wins In Life. 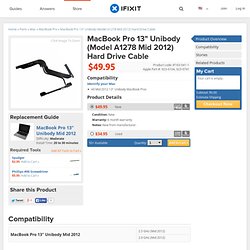 I was just watching a gaming stream on Twitch while chatting it up with some friends when every app and even finder decided to freeze. Couldn't CMD+Q out of anything so after waiting a couple minutes I decided to hold the power and try to reboot. At that point, SSD wasn't being read anymore. To make sure it wasn't dead I took it out and hooked it up via an external enclosure that goes from SATA to USB. After taking it to the Apple store they told me they had to order the SATA cable replacement and would call me once to come back in once it's in store. My Fix Super simple, just follow the instructions with the helpful photos. My Advice Just make sure to ground yourself so you don't static shock your MBP into it's next lifetime. Upgrading Your MacBook Pro with a Solid State Drive: Apple Support Communities.

(Note: while some portions of this user tip can be used when installing a new hard drive in your MacBook Pro, it is intended only for those upgrading to a SSD.) 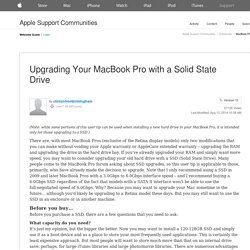 There are, with most MacBook Pros (exclusive of the Retina display models) only two modifications that you can make without voiding your Apple warranty or AppleCare extended warranty – upgrading the RAM and upgrading the drive in the hard drive bay. If you’ve already upgraded your RAM and simply want more speed, you may want to consider upgrading your old hard drive with a SSD (Solid State Drive). Many people come to the MacBook Pro forum asking about SSD upgrades, so this user tip is applicable to those, primarily, who have already made the decision to upgrade. Note that I only recommend using a SSD in 2009 and later MacBook Pros with a 3.0Gbps to 6.0Gbps interface speed – and I recommend buying a 6.0Gbps SSD regardless of the fact that models with a SATA II interface won’t be able to use the full-negotiated speed of 6.0Gbps. 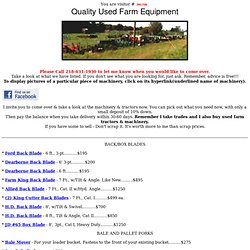 Fastens to the front of your existing bucket..........$275 * NH 269 Square Baler - Exc. Cond. Brain Archives. We already know that meditation is a great stress-reliever. 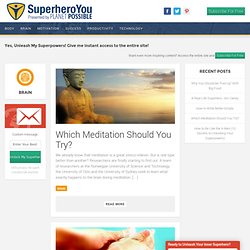 But is one type better than another? Researchers are finally starting to find out. A team of researchers at the Norwegian University of Science and Technology, the University of Oslo and the University of Sydney seek to learn what exactly happens to the brain during meditation. […] Read More Do you believe that washing your hands in hot water is better for you than washing them in room temperature?

1. Whatever you do, don’t read The Tapping Solution in a cafe. Got stage fright? Spending money each month to keep your brain sharp at Kwik Learning? Do you have trouble staying awake? Have you ever noticed how nobody likes their alarm clock? You’ve already learned about Julia Roy’s 3 Simple Ways To Improve Your Brain. Living with ford spark plug blow out problem - F150online Forums. This is a thread I am starting to have a collection of ideas on what to do if you have a spark plug blow out and preventive methods. 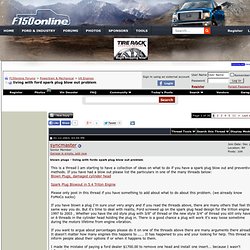 If you have had a blow out please list the particulars in one of the many threads below:Blown Plugs, damaged cylinder head Spark Plug Blowout in 5.4 Triton Engine.

Books: What are some potentially life-changing books? What can I learn right now in just 10 minutes that could be useful for the rest of my life? Saturday Morning Breakfast Cereal. Ballooning into the Sky. Misc. Photography. Health and Nutrition. Feynman. Development. Music. Books. Design. Designers.