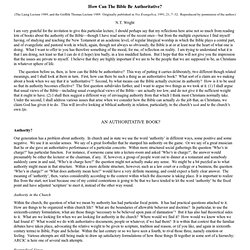 (The Laing Lecture 1989, and the Griffith Thomas Lecture 1989. Originally published in Vox Evangelica, 1991, 21, 7–32. Reproduced by permission of the author.) Christian Monthly Standard. From N.T. 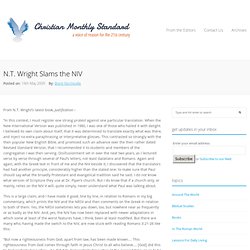 Wright’s latest book, Justification – “In this context, I must register one strong protest against one particular translation. When the New International Version was published in 1980, I was one of those who hailed it with delight. I believed its own claim about itself, that it was determined to translate exactly what was there, and inject no extra paraphrasing or interpretative glosses. This contrasted so strongly with the then popular New English Bible, and promised such an advance over the then rather dated Revised Standard Version, that I recommended it to students and members of the congregation I was then serving. Resources » Books that Nurture. 6 Facts About Meditation That Might Surprise You.

SPECIAL FROM Grandparents.com Before becoming one of the foremost pioneers in alternative medicine and mind-body healing, Dr. 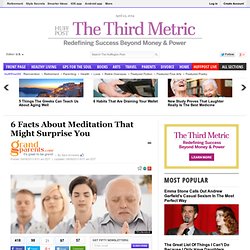 Deepak Chopra M.D., studied internal medicine and endocrinology. Dr. Chopra is a Fellow of the American College of Physicians, a member of the American Association of Clinical Endocrinologists, and an adjunct professor of Executive Programs at the Kellogg School of Management at Northwestern University. He has written more than 65 books, is the founder of the Chopra Center for Wellbeing in California and has worked with a host of celebrities such as Oprah Winfrey, George Harrison and Elizabeth Taylor. Let's start with what meditation isn't: At its essence, meditation has nothing to do with religion or yoga or anything hippies did in the '60s.

Myth #1: Meditation is hard.Truth: This myth is rooted in the image of meditation as a practice reserved only for saints, holy men, and yogis. The Image Top 25 Contemporary Writers of Faith List. How the Understanding of Christian Contemplation has Changed: Carole Crumley interviews Tilden Edwards and Richard Rohr - Carl McColman.

The Bible Was Written By Mystics. Ray Aldred Urbana 03. From “Empowered Evangelicals” & “Radical Middlers” to … ? The Society of Vineyard Scholars and the Renewal of the Vineyard « Renewal Dynamics / Regent University School of Divinity. By: Amos YongMonday, April 22nd, 2013. 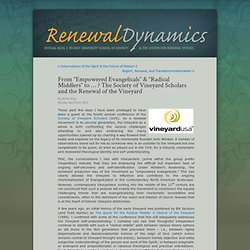 Finding the Waymarkers: A Pilgrim's Journal for Modern Times. 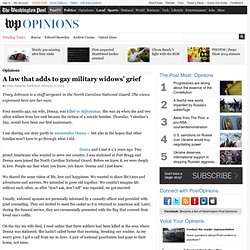 Two proud Americans who wanted to serve our country, I was stationed at Fort Bragg and Donna soon joined the North Carolina National Guard. N.T. Wright interview: Why Left, Right & Lewis get it wrong - Articles - Read The Spirit. Your daily prayer online. Ways and Rules of Life. Benedict’s Radical End. [Re-posted from earlier today] A resignation is truly a big deal. 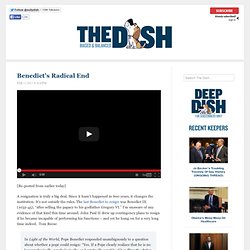 Since it hasn’t happened in 600 years, it changes the institution. It’s not outside the rules. The last Benedict to resign was Benedict IX (1032-45), “after selling the papacy to his godfather Gregory VI.” I’m unaware of any evidence of that kind this time around. In Light of the World, Pope Benedict responded unambiguously to a question about whether a pope could resign: “Yes. Glendalough Hermitage Centre. Pre-eminent among the attractions of Glendalough is the Monastic City. 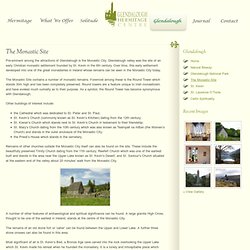 Glendalough valley was the site of an early Christian monastic settlement founded by St. Kevin in the 6th century. Over time, this early settlement developed into one of the great monasteries in Ireland whose remains can be seen in the Monastic City today. Center of Atonement. One day Kris, my wife, informed me that she had purchased from a neighbor a cloth that absorbed everything. 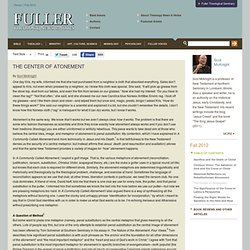 Sales don’t appeal to Kris, not even when pressed by a neighbor, so I knew this cloth was special. She said, “It will pick up grease from the stove top, dust from our tables, and even the film from lenses on our glasses.” Drumming, Chanting and Other Christian Things. "The Thick Dark Fog" Official Trailer. We Miss You Richard Twiss - Reflections from Red Letter Christians. Yesterday, the world lost a great voice and a beautiful man. 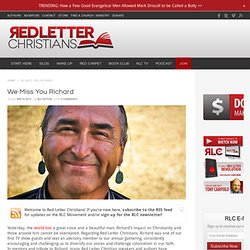 Richard’s impact on Christianity and those around him cannot be overstated. Regarding Red Letter Christians, Richard was one of our first TV show guests and was an advisory member to our annual gathering, consistently encouraging and challenging us to diversify our voices and challenge colonialism in our faith. In memory and tribute to Richard, many Red Letter Christian speakers and authors have expressed their love of Richard and impact he had on their lives: Tony Campolo: Richard was a dear friend and a truly wonderful man. We Miss You Richard Twiss. Photo Above: Richard closes out the 2012 RLC Gathering on December 14, 2012. 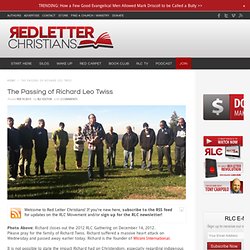 Please pray for the family of Richard Twiss. Richard suffered a massive heart attack on Wednesday and passed away earlier today. Richard is the founder of Wiconi International. It is not possible to state the impact Richard had on Christendom, especially regarding indigenous peoples and cultures. Wiconi, which in the Lakota/Sioux language means “Life,” was founded by Richard and his wife, Katherine, in 1997 and exists “to provide education, encouragement and offer practical support to Native American families and communities in creating a preferred future.”