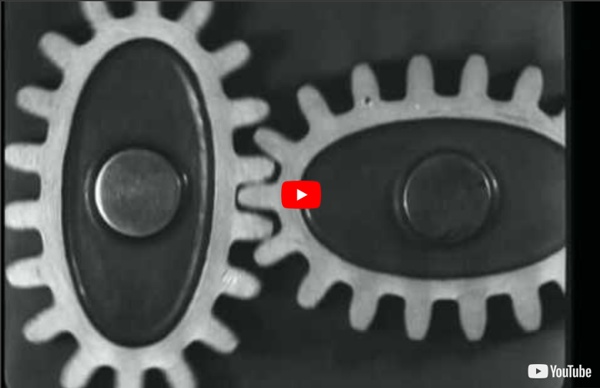 Robotics Robotics is the branch of mechanical engineering, electrical engineering and computer science that deals with the design, construction, operation, and application of robots,[1] as well as computer systems for their control, sensory feedback, and information processing. These technologies deal with automated machines that can take the place of humans in dangerous environments or manufacturing processes, or resemble humans in appearance, behavior, and/or cognition. Many of today's robots are inspired by nature contributing to the field of bio-inspired robotics. The concept of creating machines that can operate autonomously dates back to classical times, but research into the functionality and potential uses of robots did not grow substantially until the 20th century.[2] Throughout history, robotics has been often seen to mimic human behavior, and often manage tasks in a similar fashion. Etymology[edit] History of robotics[edit]

The Second Law and Energy (second law event) 10/05/2007 1:00 PM Broad InstituteSteven Chu, Secretary of EnergyDescription: This Nobel Prize"winning scientist admits to staying up late the night before his talk to bone up on thermodynamics. He puts his research to good use, discussing the history and application of the laws of thermodynamics, which have served as "the scientific foundation of how we harness energy, and the basis of the industrial revolution, the wealth of nations." Taking Watt's 1765 steam engine, Stephen Chu illustrates basic principles of thermodynamics -- that energy is conserved, that you can do work from heat, especially when you maximize the difference in temperature in the system and minimize heat dissipation from friction. Chu offers another form of the laws: You can't win; you can't break even; and you can't leave the game. The game hasn't changed all that much in the past few centuries.

Product Search Description: Imminent danger of CO poisoning is a growing concern in the care for elderly, child and immuno-compromised individuals. Monnit’s wireless sensor platform and online monitoring software provide a very affordable, simple-to-setup, feature rich solution that helps meet the growing demand of legislative and public concerns regarding the monitoring of gas leaks and emissions. SPIDER CONCEPT These are a few example inputs and the resulting coupler curves as described by the relationships in the enable text of the Klann linkage. The inputs and resulting outputs are displayed in the tables next to each graph. The yellow curves trace out the path of each of the points through one complete revolution of the crank. The dimensions are unitless as the linkage is entirely mechanical and can be scaled up or down.

General relativity General relativity, or the general theory of relativity, is the geometric theory of gravitation published by Albert Einstein in 1916[1] and the current description of gravitation in modern physics. General relativity generalizes special relativity and Newton's law of universal gravitation, providing a unified description of gravity as a geometric property of space and time, or spacetime. In particular, the curvature of spacetime is directly related to the energy and momentum of whatever matter and radiation are present. The relation is specified by the Einstein field equations, a system of partial differential equations. Some predictions of general relativity differ significantly from those of classical physics, especially concerning the passage of time, the geometry of space, the motion of bodies in free fall, and the propagation of light. Einstein's theory has important astrophysical implications.

Attack on the pentagon results in discovery of new mathematical tile In the world of mathematical tiling, news doesn’t come bigger than this. In the world of bathroom tiling – I bet they’re interested too. If you can cover a flat surface using only identical copies of the same shape leaving neither gaps nor overlaps, then that shape is said to tile the plane.

Physics World reveals its top 10 breakthroughs for 2011 The two physics stories that dominated the news in 2011 were questions rather than solid scientific results, namely "Do neutrinos travel faster than light?" and "Has the Higgs boson been found?". However, there have also been some fantastic bona fide research discoveries over the last 12 months, which made it difficult to decide on the Physics World 2011 Breakthrough of the Year. But after much debate among the Physics World editorial team, this year's honour goes to Aephraim Steinberg and colleagues from the University of Toronto in Canada for their experimental work on the fundamentals of quantum mechanics. Using an emerging technique called "weak measurement", the team is the first to track the average paths of single photons passing through a Young's double-slit experiment – something that Steinberg says physicists had been "brainwashed" into thinking is impossible. We have also awarded nine runners-up (see below).

South Korean Cheetaroid Wants to Join the Cat Robot Race Four-legged robots are multiplying in labs around the world, and a number of projects are drawing inspiration from one particular family of animals: big cats. This new breed includes Boston Dynamics's Cheetah, MIT's Cheetah Robot, Osaka University's Pneupard, and EPFL's CheetahCub. The latest specimen comes from South Korea and is called Cheetaroid. Now, you may be asking why we need quadruped robots and, in particular, cat-inspired ones. The creators of the Cheetaroid, a team from Sogang University's Robotic Systems Control Laboratory, led by Professor Kyoungchul Kong, are envisioning different applications.

Gravitational lens A gravitational lens refers to a distribution of matter (such as a cluster of galaxies) between a distant source and an observer, that is capable of bending the light from the source, as it travels towards the observer. This effect is known as gravitational lensing and the amount of bending is one of the predictions of Albert Einstein's general theory of relativity.[1] (Classical physics also predicts bending of light, but only half that of general relativity's.[2]) Although Orest Chwolson (1924) or Frantisek Klin (1936) are sometimes credited as being the first ones to discuss the effect in print, the effect is more commonly associated with Einstein, who published a more famous article on the subject in 1936. Fritz Zwicky posited in 1937 that the effect could allow galaxy clusters to act as gravitational lenses. It was not until 1979 that this effect was confirmed by observation of the so-called "Twin QSO" SBS 0957+561. Description[edit]

System of Transmission of Electrical Energy SPECIFICATION forming part of Letters Patent No. 645,576, dated March 20, 1900. Application filed September 2, 1897. Serial No. 650,343. (No model.) To all whom it may concern: Be it known that I, NIKOLA TESLA, a citizen of the United States, residing at New York, in the county and State of New York, have invented certain new and useful improvements in Systems of Transmission of Electrical Energy, of which the following is a specification, reference being had to the drawing accompanying and forming a part of the same. It has been well known heretofore that by rarefying the air inclosed in a vessel its insulating properties are impaired to such an extent that it becomes what may be considered as a true conductor, although one of admittedly very high resistance.

robots:scarleth – Legged Robotics ScarlETH (Series Compliant Robotic Leg) was developed at our Lab for fast, efficient, and versatile locomotion. Inspired by biological systems, we seek to achieve this through large compliances in the joints which enable natural dynamics, allow temporary energy storage, and improve the passive adaptability. A sophisticated chain and cable pulley design minimizes the segment masses, places the overall CoG close to the hip joint, and maximizes the range of motion. Nonlinearities in the damping and an appropriate low-level controller allow for precise torque control during stance and for fast task space position control during swing.