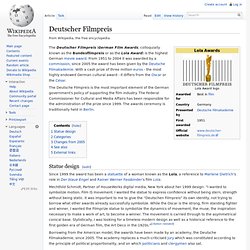 From 1951 to 2004 it was awarded by a commission, since 2005 the award has been given by the Deutsche Filmakademie. With a cash prize of three million euros - the most highly endowed German cultural award - it differs from the Oscar or the César. The Deutsche Filmpreis is the most important element of the German government's policy of supporting the film industry.

Just let her spring into your mind’s eye looking however she looks. Can you see her?’ Movie trailers. 25 Spectacular Movies You (Probably) Haven’t Seen. Midnight in Paris Woody Allen’s latest places starving writer Owen Wilson in Paris with his fiancée, Rachel McAdams.

Searching for inspiration for his incomplete novel, Owen begins taking strolls around the city at night where he discovers an unexpected group of people. I wish I could be more specific, but it would ruin the surprise. Know that it is brilliant, witty and full of mystique. 92% on Rotten Tomatoes (RT). Let the Right One In The best vampire movie ever made in my opinion. Watch Let the Right One In for FREE on Amazon Instant Video The Man From Earth Holy &#%@ this film’s plot is fascinating! Garden State This is my absolute favorite film. Good Horror Movies Every Fan Has To See. If you ask people on the street for some suggestions of a great horror movie, odds are you'd get a wide range of answers. 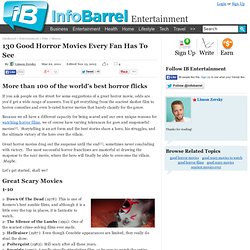 You’d get everything from the scariest slasher film to horror comedies and even b-rated horror movies that barely classify for the genre. Because we all have a different capacity for being scared and our own unique reasons for watching horror films, we of course have varying tolerances for gore and suspenseful movies[2]. Storytelling is an art form and the best stories share a hero, his struggles, and the ultimate victory of the hero over the villain.

Great horror movies drag out the suspense until the end[1], sometimes never concluding with victory. The most successful horror franchises are masterful at drawing the suspense to the next movie, where the hero will finally be able to overcome the villain. Let's get started, shall we? Great Scary Movies Halloween [Blu-ray]Amazon Price:$19.99 $5.99 Buy Now(price as of Oct 10, 2013) The Ten Best Horror Movies You Haven’t Seen. October means Halloween, and Halloween means horror, and horror? Well that means some damn good movies. I presume many of you are searching for a good horror flick to curl up with this month, and while I will advise you to first consult my 10 Best Horror Films of Decade list, I thought I’d compile a new one made up of films that aren’t quite as widely known.

Yes, I love The Ring, The Orphanage and The Descent, but there are smaller, more niche movies that are deserving of your attention, and really, once you’ve been scared or grossed out once, it’s not quite the same if you watch the same film again. Here are some new titles that some of you may have seen, but I predict most of you will have not. You may think a few of them suck, and I’ll admit they’re not without their flaws, but if you’re looking for a few decent horror films, you could do a lot worse than these. Movies Infographics Collection. 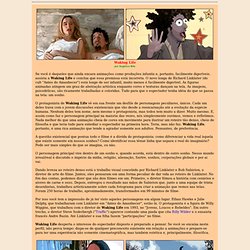