5 surprisingly profound quotes from Valley of the Dolls. 5 Tips for Building a Digital Community. At charity: water we have an advertising and marketing budget of $0, and it’s been that way for the last nine years. 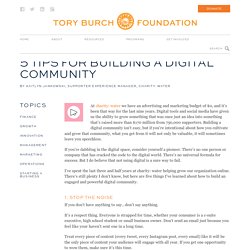 Digital tools and social media have given us the ability to grow something that was once just an idea into something that’s raised more than $170 million from 750,000 supporters. Building a digital community isn’t easy, but if you’re intentional about how you cultivate and grow that community, what you get from it will not only be valuable, it will sometimes leave you speechless. If you’re dabbling in the digital space, consider yourself a pioneer. 5 Times We Failed at Diversity (and How We Fixed it) One of the first blog posts I ever wrote at Buffer is this beginner’s guide to SEO. 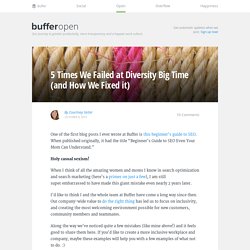 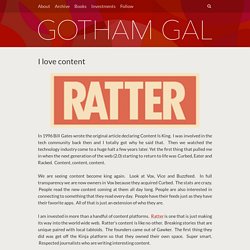 Top Community Tools via David Spinks of CMX. How and why to reclaim your lunch break and create a better work-life balance. Pride, Prejudice, and the Provisions of Privilege: Margo Jefferson on Race, Depression, and How We Define Ourselves. Female Funders. The Future “My feeling is that women like to understand what they're doing. 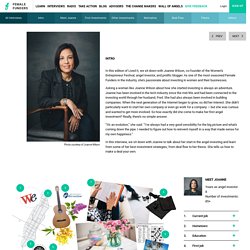 They don't want to just follow someone. They ask questions. The "Sharing Economy" Is Dead, And We Killed It. "How many of you own a power drill? 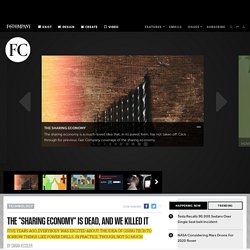 " Rachel Botsman, the author of the book The Rise Of Collaborative Consumption, asked the audience at TedxSydney in 2010. Predictably, nearly everyone raised his or her hand. Colleges Flush With Cash Saddle Poorest Students With Debt. New York University is among the country’s wealthiest schools. 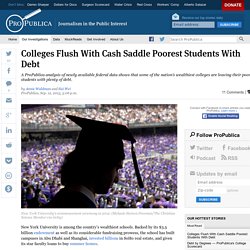 Pickles Are Cucumbers And Other Obvious But Important Life-Altering Le. Chloë Rain, Founder of Explore Deeply Sometimes in life, it is the obvious epiphany that can change everything. 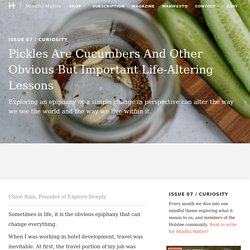 When I was working in hotel development, travel was inevitable. At first, the travel portion of my job was sexy. Five years into it, however, and getting on an airplane became like doing laundry: mundane, routine, dreaded, and inescapable. Life was something like, seven airports in four days or 13 legs in one trip. 100 Best Sites for Solopreneurs. A few weeks ago, we put a call out: we wanted to know the sites you turn to for insight, advice, and tips on running your solopreneur business. 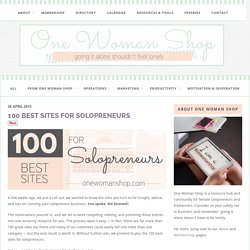 You spoke. Introduction to Autoresponders [And How You Can Use them to Drive Traffic and Profit] - @ProBlogger. 3 Time-Wasting Social Media Habits You Need To Stop Immediately. Do you know what the biggest threats are to successfully integrating social media into your daily marketing strategy? 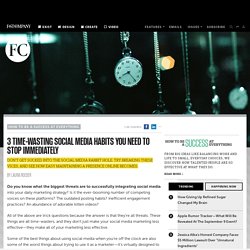 Is it the ever-booming number of competing voices on these platforms? The outdated posting habits? Inefficient engagement practices? Study Finds Gender Differences in Teenage Technology Use - Fortune. According to a new study by the Pew Research Center, technology and social media are more integral to teenagers’ social lives than ever. 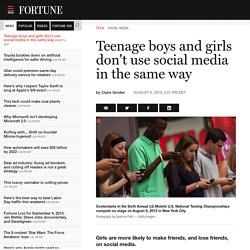 The extensive study found pervasive differences between the ways teenage girls and boys use technology to socialize. The majority of teenagers have made at least one friend online, and more than a quarter of respondents said that they made more than five friends through the internet. Those relationships tend to remain in the digital world, though. How SoundCloud Keeps Communication Flowing Across 4 Offices in 4 Time Zones. This is how hard building healthy internal communications is at a growing startup: SoundCloud moved its VP of Community — the man who built its 20+ team of community managers and support specialists for over 175 million unique listeners — to work on the problem full time.

His name is David Noël, and he's the kind of guy who runs toward big challenges. In this case, making sure the company's 300+ employees are able to collaborate seamlessly across four global offices (Berlin, London, New York, and San Francisco) in four different time zones. 17 Ways To Immediately Improve Your Website Traffic. Join us live at Entrepreneur's Accelerate Your Business event series in Chicago or Denver. Secure your spot » THE TOP 10 WOMEN EMPOWERMENT EVENTS IN NYC THAT YOU SHOULDN’T MISS THIS FALL. Reading Time: 6 minutes. Entrepreneurs Slow to Market Via Equity Crowdfunding Platforms. Equity crowdfunding platforms are providing a new and innovative way to raise money from angel investors that centralizes, streamlines, simplifies and shortens the fundraising process.

Equity crowdfunding pools money from a group of investors via internet platforms, using social media and other types of marketing. 4 Key Ways Millennials are Blocking Their Own Success. Protesters unveil demands for stricter US policing laws as political reach grows. Leaders in the new civil rights movement campaigning against the killings of African Americans by police set out their most comprehensive set of policies and demands so far on Friday, as they moved to intensify their rapidly increasing influence on US politics. The coalition of protesters outlined proposals for new laws at federal and state levels such as restricting the use of deadly force by officers, outlawing the supply of military equipment to police departments, instituting training to prevent racial bias and forcing the US government to keep a comprehensive record of fatal incidents.

“We must end police violence so we can live and feel safe in this country,” the group stated on a new website, Campaign Zero, which also establishes an issue-by-issue system for monitoring the policy positions of candidates for the Democratic and Republican US presidential nominations. Saucy Restaurant — Saucy By Nature. Kainat Beauty.