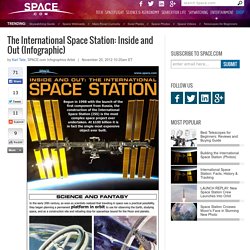 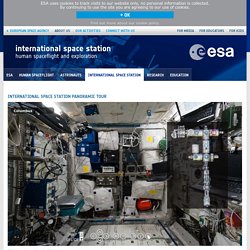 Now, the images have been stitched together to create this interactive panorama. These panoramas offer a snapshot of the International Space Station as it was in June 2015, after moving the Leonardo storage module to a new location. Waking up, working, and going to sleep in Zero G. [ISS] Expedition 41 Crew Enter Soyuz TMA-14M for Fit Checks. 9 minutes before space. [ISS] Crew Enter Soyuz TMA-05M for Launch. Buran OK-ML-1 Static Test Model. New Home for Buran OK ML 1Baikonur CosmodromeArea 2. 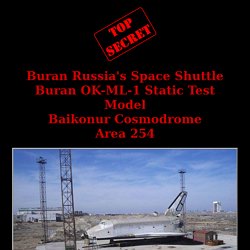 Photo Credit: May 01, 2005 by alexpgp Repaired June 15th 2008Gagarin Museum, Baikonur Cosmodrome The last time I saw this Buran (which is an engineering mockup, as the actual flown vehicle was destroyed in a construction accident), it was out in the middle of nowhere, not far from an RSC Energia facility that's near the facility that processes Soyuz vehicles for ISS. Now this vehicle is situated right next to the Gagarin Museum at the Baikonur cosmodrome. It's kind of unsettling to come out of the building and find this right next door. alexpgp. Stunning images of abandonded Soviet space shuttles. Ralph Mirebs The cavernous interior of the MZK building (Site 112A at Baikonur Cosmodrome). 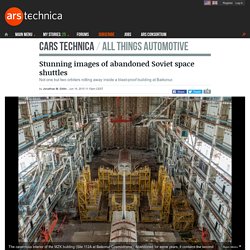 Abandoned for some years, it contains the second Buran orbiter and a static test model. Baikonur Cosmodrome (NIIP-5/GIK-5) Virtual reality This unique panoramas were stitched out of some dozen images, providing a 360-degree view of the surrounding landscape in Baikonur Cosmodrome: Soyuz facilities: This magnificent view from a hill top in Baikonur in the early hours of April 26, 2001, as sun was rising in the east, right behind Site 1, better known as Gagarin's pad. 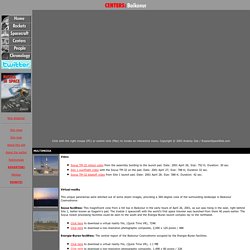 The Vostok-1 spacecraft with the world's first space traveler was launched from there 40 years earlier. The Soyuz rocket processing facilities could be seen to the south and the Energia-Buran launch complex lay to the northwest. Click here to download a virtual reality file, (Quick Time VR), 724K Click here to download a low-resolution photographic composite, 2,000 x 120 pixels / 48K. Center for Operation of Space Ground-Based Infrastructure - Technical Complexes. Assembly and test building for the Soyuz SR of Area 31 of the Baikonur Cosmodrome Assembly and test building (ATB) is located on area 31, construction 40 of the Baikonur Cosmodrome. 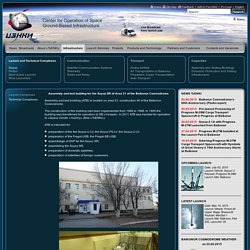 The construction of the building had been implemented from 1966 to 1968. In 1995 the building was transferred for operation to DB «Vympel». In 2011 ATB was handed for operation to «Space Center «Yuzhny» (filial «TsENKI»). Baikonur Cosmodrome Site 31 in Baikonur, Kazakhstan. Space Adventures, Ltd. Test Pilot, Veteran Spacewalker, and Female Aerospace Engineer Set for Thursday Launch to Space Station. The Soyuz TMA-14M crew (from left) Barry “Butch” Wilmore, Aleksandr Samokutyayev and Yelena Serova pose before the base of their launch vehicle at Baikonur. 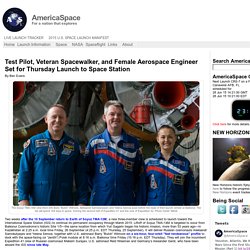 The trio will spend 168 days in space, forming the second half of Expedition 41 and the core of Expedition 42. Photo Credit: NASA Two weeks after the 10 September return to Earth of Soyuz TMA-12M, a new three-member crew is scheduled to launch toward the International Space Station (ISS) to continue its permanent occupancy through March 2015. Liftoff of Soyuz TMA-14M is targeted to occur from Baikonur Cosmodrome’s historic Site 1/5—the same location from which Yuri Gagarin began his historic mission, more than 53 years ago—in Kazakhstan at 2:25 a.m. local time Friday, 26 September (4:25 p.m. 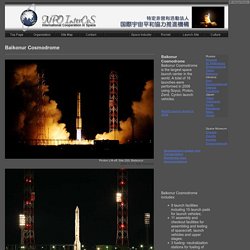 Gagarin's pad. Above: The Soyuz rocket with a manned spacecraft is being installed on Pad 1 in Baikonur. 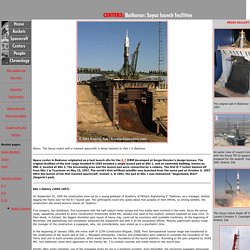 Space center in Baikonur originated as a test launch site for the R-7 ICBM developed at Sergei Korolev's design bureau. The original facilities of the test range founded in 1955 included a single launch pad at Site 1, and an assembly building, known as MIK-2, located at Site 2. The processing area and the launch pad were connected by a railway. The first R-7 rocket blasted off from Site 1 in Tyuratam on May 15, 1957. The world's first artificial satellite was launched from the same pad on October 4, 1957. Baikonur Cosmodrome Site 31. After several years a new manned spaceflight was conducted from LC31. 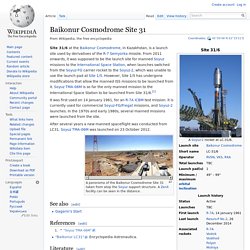 It was constructed to service the Baikonur Cosmodrome and was officially renamed Baikonur by Boris Yeltsin on December 20, 1995. The shape of the area rented is an ellipse, measuring 90 kilometres east to west, by 85 kilometres north to south, with the cosmodrome at the centre. The original Baikonur is a mining town a few hundred kilometres northeast, near Dzhezkazgan in Kazakhstan's Karagandy Province.

WorldEdit/Reference. Call of Duty: Black Ops - Baikonur, USSR (1963) - Vídeo Guía. IRISS meets Minecraft with Oculus Rift. Facts and Figures. Image above: The International Space Station's length and width is about the size of a football field. Credit: NASA › View hi-res image The International Space Station marked its 10th anniversary of continuous human occupation on Nov. 2, 2010. Since Expedition 1, which launched Oct. 31, 2000, and docked Nov. 2, the space station has been visited by 215 individuals. Take a Tour of the ISS with Suni Williams.