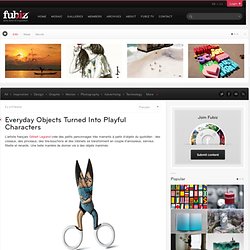 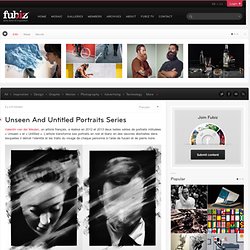 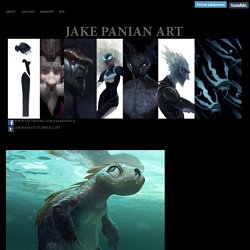 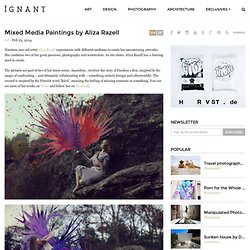 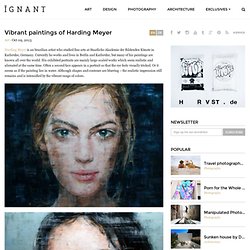 Currently he works and lives in Berlin and Karlsruhe, but many of his paintings are known all over the world. His exhibited portraits are mainly large-scaled works which seem realistic and alienated at the same time. Often a second face appears in a portrait so that the eye feels visually tricked. Or it seems as if the painting lies in water. Although shapes and contours are blurring – the realistic impression still remains and is intensified by the vibrant range of colors. All images © Harding Meyer. iGNANT. Troilo was born in Taranto, Italy, in 1972. 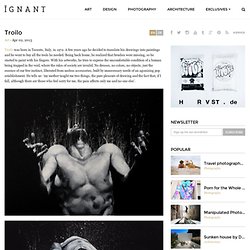 A few years ago he decided to translate his drawings into paintings and he went to buy all the tools he needed. Being back home, he realized that brushes were missing, so he started to paint with his fingers. With his artworks, he tries to express the uncomfortable condition of a human being trapped in the void, where the rules of society are invalid. iGNANT. Ecuador-based Javier Pérez is a web and graphic designer and an audiovisual producer. 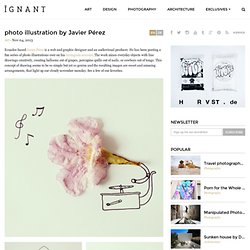 He has been posting a fun series of photo illustrations over on his Instagram account. The work mixes everyday objects with line drawings creatively, creating balloons out of grapes, porcupine quills out of nails, or cowboys out of tongs. This concept of drawing seems to be so simple but yet so genius and the resulting images are sweet and amusing arrangements, that light up our cloudy november monday. iGNANT. Brian Donnelly is an artist who in his solvent paintings allows painstakingly rendered portraits to be corrupted by exposure to fairly common household items such as turpentine, hand sanitizer, and alcohol. 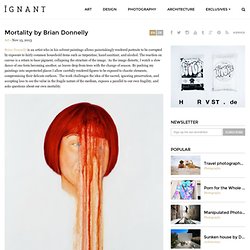 The reaction on canvas is a return to base pigment, collapsing the structure of the image. ‘As the image distorts, I watch a slow dance of one form becoming another, as leaves drop from trees with the change of season. By pushing my paintings into unprotected places I allow carefully rendered figures to be exposed to chaotic elements, compromising their delicate surfaces.’ The work challenges the idea of the sacred, ignoring preservation, and accepting loss to see the value in the fragile nature of the medium, exposes a parallel to our own fragility, and asks questions about our own mortality. iGNANT. Canadian artist Adam Lupton‘s gaze explores psychological and sociological struggles in modern society. 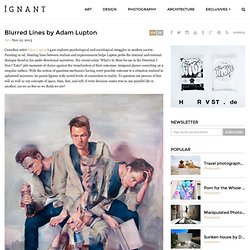 Painting in oil, blurring lines between realism and expressionism helps Lupton probe the internal and external dialogue faced in his multi-directional narratives. His recent series ‘What’s In Store for me in the Direction I Don’t Take?’ Pits moments of choice against the visualization of their outcomes: temporal planes coexisting on a singular surface.

With the notion of quantum mechanics having every possible outcome to a situation realized in splintered universes, he paints figures with varied levels of connection to reality. To question our process of free will as well as our concepts of space, time, fate, and self; if every decision comes true in one parallel life or another, are we as free as we think we are? American Natives. Le foto surreali di Caras Ionut. Caras Ionut è un artista rumeno che vive nel mondo fantastico di Photoshop dove assembla paesaggi e composizioni fotografiche surreali. 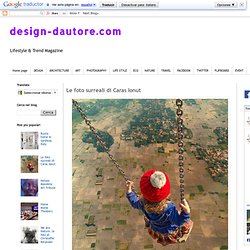 Caras esplora il mondo dei sogni e dell'inconscio, lui stesso afferma che non solo i bei sogni sono portatori di ispirazione, ma è proprio il lato oscuro ed incomprensibile il più affascinante. Yes! — Drawings by Nicolas Menard — www.nicolasmenard.com. Nico Marlet. French born character designer Nicholas Marlet may have only recently gotten a lot of notice for his unique and appealing character designs, but he's been in the business for quite a while. He started as an animator on "Ducktales", "Talespin" and "Balto", doing character design on the latter which lead to a character designer position at Dreamworks. He worked on "The Prince of Egypt", "The Road to El Dorado", "Sinbad", "Madagascar" and "Over the Hedge".