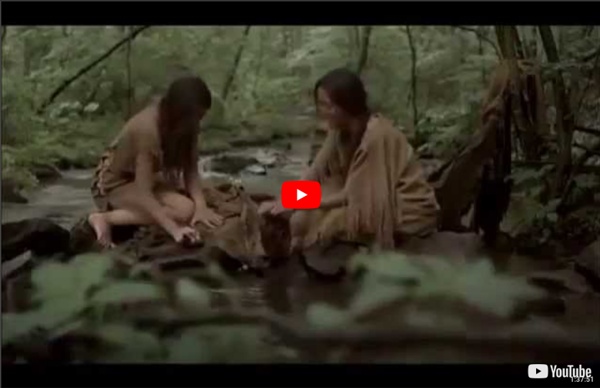 Native cartography: a bold mapmaking project that challenges Western notions of place ‘More lands have been lost to Native peoples probably through mapping than through physical conflict.’ Maps have been used not only to encroach on Native Americans lands, but to diminish their cultures as well. With every Spanish, French or English placename that eclipses a Native one, a European narrative of place and space becomes further entrenched. Wounded Knee Video - Native American Cultures - HISTORY.com You're almost done! You will soon receive an activation email. Once you click on the link, you will be added to our list. If you do not receive this email, please contact us. To ensure delivery to your inbox, add us to your address book. Oops, there's a problem.

Scientists reveal 10,000-year-old mummy is Native American ancestor Scientists attempting to map out the historical migrations of North and South America by analysing ancient bones have revealed that a 10,000-year-old skeleton unearthed in a cave in Nevada is the ancestor of a Native American tribe. The iconic skeleton, known as the “Spirit Cave mummy”, was reburied this summer by the Fallon Paiute-Shoshone people in Nevada, bringing closure to a decades-long legal dispute with anthropologists who fought for it to remain on display in a museum. DNA painstakingly extracted from the ancient skull proved the skeleton was an ancestor of the tribe and discredited a longstanding theory that the individual was from a group of “Paleoamericans” that existed in North America before Native Americans. The full genetic details of the skeleton, which is the world’s oldest natural mummy, are published as part of a wide-ranging international study of the ancestry of North and South America. … we have a small favour to ask.

Blackfoot Lakota at the Little Bighorn John Gray estimated that there were about 34 lodges of Sihasapa or Blackfeet Lakota at the Little Bighorn (1976 p. 356). We also know that there were two Sihasapa leaders present: Crawler and Kill Eagle (both discussed below on their own seperate threads). We know from John Grass and Charger (published in Dorsey 1897 p. 219-220) that Kill Eagle's band was known as Wajaje (not to be confused with the Brule/Oglala tiyospaye by the same name).

The First Americans Video - Native American Cultures - HISTORY.com You're almost done! You will soon receive an activation email. Once you click on the link, you will be added to our list. If you do not receive this email, please contact us. To ensure delivery to your inbox, add us to your address book. El Norte review: an epic and timely history of Hispanic North America The subtitle of Carrie Gibson’s book is The Epic and Forgotten Story of Hispanic North America. El Norte lives up to it. These 437 pages are an important correction to centuries of American history which have mostly neglected the vital role of Spanish pioneers (and Native Americans) in favor of settlers from England, Ireland and Scotland. As the author quotes Walt Whitman, Americans long ago tacitly abandoned themselves “to the notion that our United States have been fashioned from the British Islands … which is a great mistake … “To that composite American identity of the future, Spanish character will supply some of the most needed parts.”

Black Elk Speaks Black Elk Speaks is a 1932 book by John G. Neihardt, an American poet and writer, who relates the story of Black Elk, an Oglala Lakota medicine man. Black Elk spoke in Lakota and Black Elk's son, Ben Black Elk, who was present during the talks, translated his father's words into English.[1] Neihardt made notes during these talks which he later used as the basis for his book.[2] The prominent psychologist Carl Jung read the book in the 1930s and urged its translation into German; in 1955, it was published as Ich rufe mein Volk (I Call My People).[3] Reprinted in the US in 1961, with a 1988 edition named Black Elk Speaks: Being the Life Story of a Holy Man of the Oglala Sioux, as told through John G. Neihardt (Flaming Rainbow) and a State University of New York Press 2008 Premier Edition annotated by Lakota scholar Raymond DeMallie, the book has found an international audience.

Black Elk Heȟáka Sápa (Black Elk) (December 1, 1863 – August 19, 1950)[1] was a famous wičháša wakȟáŋ (medicine man and holy man) and heyoka of the Oglala Lakota (Sioux) who lived in the present-day United States, primarily South Dakota. He was a second cousin of the war leader Crazy Horse. Near the end of his life, Black Elk met with amateur ethnologist John Neihardt and recounted to him his religious vision, events from his life, and details of Lakota culture. Neihardt edited a translated record and published Black Elk Speaks in 1932.

Great for visual and auditory learners. This video can serve as a great informational background knowledge before text is read and analyzed in class. It will help those students who know nothing about this group of people build a schema. by lizabrobbey Apr 23