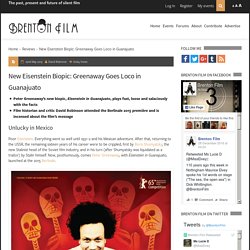 Everything went so well until 1931–2 and his Mexican adventure. Film of the Week: Eisenstein in Guanajuato - Film Comment. The case of Peter Greenaway, which comes round every now and then, invariably proves to be a troubling one—not least for those of us who were once bowled over by the British filmmaker’s inventiveness and sheer individuality. 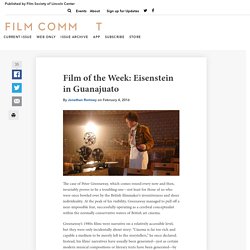 At the peak of his visibility, Greenaway managed to pull off a near-impossible feat, successfully operating as a cerebral conceptualist within the normally conservative waters of British art cinema. Greenaway’s 1980s films were narrative on a relatively accessible level, but they were only incidentally about story: “Cinema is far too rich and capable a medium to be merely left to the storytellers,” he once declared. In the 1980s and early ’90s, I would have considered myself a hardcore Greenaway supporter, relishing the way that he proposed so many challenges to the conventional wisdom, especially in Britain, of what narrative films should be. But for me, his work started to go badly wrong once it ceased to take into account the pleasures of a possible audience.

Holiday romance: Peter Greenaway on his new film about Sergei Eisenstein’s secret affair — The Calvert Journal. Pioneer of montage and a staple of film courses around the world, Soviet director Sergei Eisenstein is revered as one of cinema’s founding fathers. 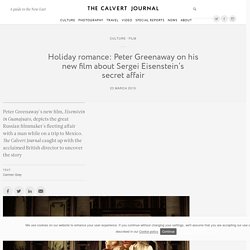 So it’s no surprise that Russian officialdom in its crackdown on free expression and repressive stance on homosexuality has been touchy about Peter Greenaway’s depiction of the iconic figure in his new feature Eisenstein in Guanajuato, which premiered at the Berlin International Film Festival last month. The British auteur displays his typically transgressive irreverence in depicting the national hero’s tempestuous ten-day love affair with a male guide in Mexico, offending a Russia that previously lauded him for decimating capitalist vulgarity in his 1989 masterpiece The Cook, The Thief, His Wife and Her Lover.

When we met up with Greenaway at the festival, he was in jocund, unapologetic form. Log In - New York Times. DailyOM - 21 Day Beginner Yoga by Sadie Nardini. If you're yoga-curious, brand new to yoga, or want to learn more about keeping your yoga practice safe, strong and better aligned, all while doing simple, effective daily yoga workouts to cleanse and trim your body, faster than most other classes--then you're in the right place. 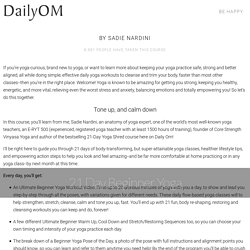 Welcome! Yoga is known to be amazing for getting you strong, keeping you healthy, energetic, and more vital, relieving even the worst stress and anxiety, balancing emotions and totally empowering you! So let's do this together. Tone up, and calm down. 21 Day Total Goddess Workout by Jannine Murray. If you are a woman I know you want one thing: To love yourself and love your body, inside and out. 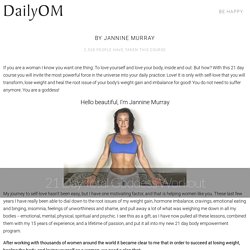 But how? With this 21 day course you will invite the most powerful force in the universe into your daily practice: Love! It is only with self-love that you will transform, lose weight and heal the root issue of your body's weight gain and imbalance for good! Is this a new golden age of poetry? The 2016 TS Eliot Prize shortlist reviewed. Harry Potter and the Sorcerer's Stone (Extended Version) - Trailer. Harry Potter - Fun on the Set * from the Collectors Edition of LEGO HP* &quot;Am I Gonna Move?&quot; by Donna Cunningham. Moving to a new home may be part of what happens under a transit to the Natal Moon, the fourth house cusp (IC), through the fourth house, or to a planet in the fourth. 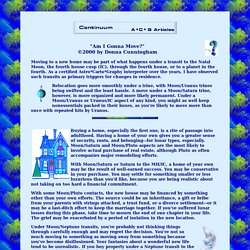 As a certified Astro*Carto*Graphy interpreter over the years, I have observed such transits as primary triggers for changes in residence. Relocation goes more smoothly under a trine, with Moon/Uranus trines being swiftest and the least hassle. A move under a Moon/Saturn trine, however, is more organized and more likely permanent. Under a Moon/Uranus or Uranus/IC aspect of any kind, you might as well keep nonessentials packed in their boxes, as you're likely to move more than once with repeated hits by Uranus. Wes Anderson’s Fashion-World Collaborations. See more photos of: Read Caption Vogue may earn compensation on these sales through affiliate programs. 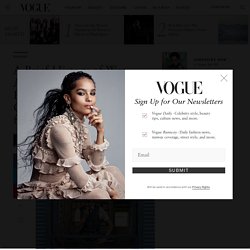 Behind the scenes of Anderson’s holiday film for H&M. J K Rowling Who do you think you are. U B U W E B : Agnès Varda - Plaisir d'amour en Iran (1976) David Lynch Debuts Lady Blue Shanghai. David Lynch is no stranger to commercials. 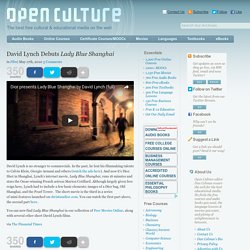 In the past, he lent his filmmaking talents to Calvin Klein, Giorgio Armani and others (watch the ads here). And now it’s Dior. All of Wes Anderson's Cinematic Commercials: Watch His Spots for Prada, American Express, H&amp;M &amp; More. They say a filmmaker qualifies as an auteur if you can identify their work from any given shot. 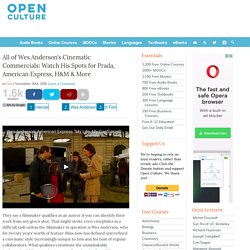 That might strike even cinephiles as a difficult task unless the filmmaker in question is Wes Anderson, who for twenty years' worth of feature films now has defined and refined a cinematic style increasingly unique to him and his host of regular collaborators. What qualities constitute the unmistakably Andersonian? 200 Free Kids Educational Resources: Lessons, Apps, Books, Websites...

This collection provides a list of free educational resources for K-12 students (kindergarten through high school students) and their parents and teachers. 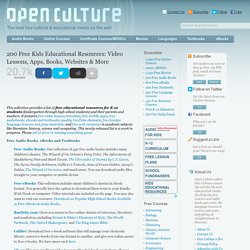 It features free video lessons/tutorials; free mobile apps; free audiobooks, ebooks and textbooks; quality YouTube channels; free foreign language lessons; test prep materials; and free web resources in academic subjects like literature, history, science and computing. This newly-released list is a work in progress. Hear &quot;Weightless,&quot; the Most Relaxing Song Ever Made, According to Researchers (You'll Need It Today) As I write this, it’s election night, and I do not need to tell you about the thick haze of fear in the air.

I have already had a couple friends ask me about resources for meditation and relaxation. I’m no expert, but I have looked into various ways to deal with stress and hypertension. Meditation tops my list (and those of many mental health professionals). At a very close second place: Music. Explore 5,300 Rare Manuscripts Digitized by the Vatican: From The Iliad &amp; Aeneid, to Japanese &amp; Aztec Illustrations Open Culture. Hundreds of years before vast public/private partnerships like Google Arts & Culture, the Vatican served as one of the foremost conservators of cultural artifacts from around the world. In the era of the Holy Roman Empire, few of those works were available to the masses (excepting, of course, the city’s considerable public architecture and sculpture). But with over 500 years of history, Vatican Museums and Libraries have amassed a trove of artifacts that rival the greatest world collections in their breadth and scope, and these have slowly become public over time.

Download 464 Free Art Books from The Metropolitan Museum of Art Open Culture. You could pay $118 on Amazon for the Metropolitan Museum of Art’s catalog The Art of Illumination: The Limbourg Brothers and the Belles Heures of Jean de France, Duc de Berry. Or you could pay $0 to download it at MetPublications, the site offering “five decades of Met Museum publications on art history available to read, download, and/or search for free.”

If that strikes you as an obvious choice, prepare to spend some serious time browsing MetPublications’ collection of free art books and catalogs. You may remember that we featured the site a few years ago, back when it offered 397 whole books free for the reading, including American Impressionism and Realism: The Painting of Modern Life, 1885–1915; Leonardo da Vinci: Anatomical Drawings from the Royal Library; and Wisdom Embodied: Chinese Buddhist and Daoist Sculpture in The Metropolitan Museum of Art.

Neuroscientists Discover a Song That Reduces Anxiety By 65 Percent (Listen) · The Mind Unleashed. Anxiety — that feeling of dread, fear, worry and panic — is certainly nothing new. Hippocrates wrote about it in the fourth century BCE. As did Søren Kierkegaard in the 1860s. And Sigmund Freud addressed the disorder in 1926. The Best Movies I Saw at SXSW. I’ve just come back from the South by Southwest festival, in Austin, where I served on the Narrative Feature jury. I got an immensely stimulating jolt of cinema from the movies themselves and from the constant movie-talk with my fellow jurors, Lindsey Bahr, of The Associated Press, and Alonso Duralde, of The Wrap, and with other colleagues who were gathered there.

All of the movies playing in competition at SXSW receive their world premières at the festival, and the jurors attended the first screening of each one. We saw the movies before they got fingerprints all over them, before there was any critical reputation at all. Just because you're dressed poorly, doesn't mean you're not chuck bass. Watch Blake Lively's 'Gossip Girl' Audition. Domino Kirke Interview - BrightestYoungThings - DC.