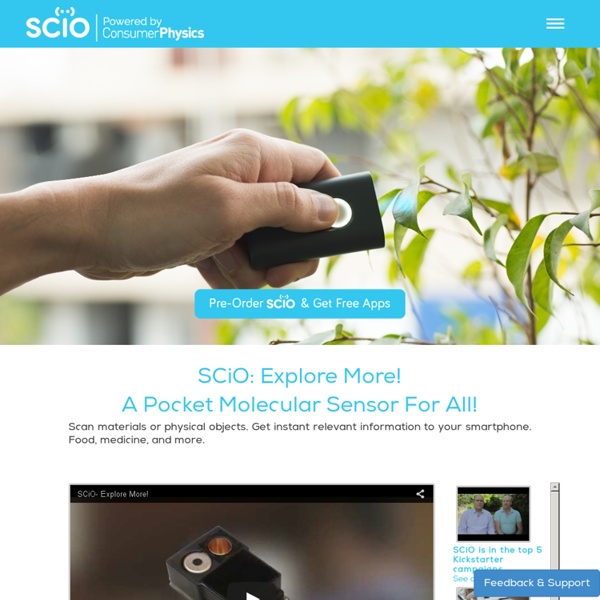 Squeezing into OMsignal's smart shirt of the future Thanksgiving is a time to remember things to be grateful for, stuff yourself with turkey and watch MST3k re-runs. But what happens the following day, when you wake up with a meat hangover that could kill a horse? That's the moment you'll stumble online, looking for new ways to lose weight and find OMsignal's biometric smart shirt. The fashionable piece is a sports-style compression garment that monitors your breathing, heart rate and step count, so I know that as I write this, I'm taking 18 breaths a minute and my heart is beating 76 times every 60 seconds.

The XOO Belt Which Charges A Smartphone Joins With Iconic UK Fashion House Nifty, a hardware startup which has previously turned heads which it’s clever SD card (the MiniDrive) designed to expand the memory of ultra books like Macbook Air’s, has come up with a new product. The XOO Belt is a designer belt that will charge a smartphone. Launched recently on IndieGoGo, it packs 2,100mAh of power – enough to fully charge an iPhone 6 with power to spare. The XOO Belt has multiple overlapping layers of high-capacity flexible battery woven inside the full-grain leather and features polished zinc buckles and a ratchet mechanism for adjustment. It’s design is what you might call unisex. The charging cable that works with both iPhone and Android phones is hidden behind the leather strap, magnetically held in place.

QLEEK - Your Digital Life in the Real World The campaign is over, click here for exclusive future updates. Version Française plus bas et traduction des contreparties Grow your collection to a unique piece of art! Qleek is a beautiful way to tell who you are and what you like. It allows you to feature your most beloved songs, photographs and videos in your living room, your office or your store. Korner - Home Security Anyone Can Use and Everyone Can Afford At under $100 and setup under 2 minutes, this is truly built for everybody. Introducing the First 1-piece Door/Window Sensor - works better, looks great! A security product for your apartment or home, designed so anyone can use it and everyone can afford it. Includes iOS and Android App. Priced for everyone: Normally - $59 up front, $39/year

FingerReader Roy Shilkrot, Jochen Huber, Meng Ee Wong, Pattie Maes, and Suranga Chandima Nanayakkara. "FingerReader: a wearable device to explore text reading on the go". To appear in the proceedings of the International Conference on Human Factors in Computing Systems (CHI). 2015 ACM [PDF] Roy Shilkrot, Jochen Huber, Connie K. Liu, Pattie Maes and Suranga Nanayakkara. "FingerReader: A Wearable Device to Support Text-Reading on the Go". Ion: A Music Detecting Mood Light with Bluetooth Low Energy by lava ION's genesis began with our first Kickstarter project, Ember & Torch (Bluetooth Low Energy development boards) back in June of 2013. One of the demonstrations for Ember that we built was an app-controlled LED lamp. We demonstrated Ember, Torch, and the LED lamp at Social Media Day Detroit 2013. We quickly discovered that visitors were more interested in where they could purchase the lamp than Ember & Torch.

Correlated Magnetics Research Brings MaxField Polymagnets To A Wall Near You We first told you about Correlated Magnetics Research’s programmable magnets last year. The company’s patented technology allows them to flexibly control the magnetic field shape of the magnets they create. In essence, the company can program the north/south polarity of the magnets as though they are “printing” it on them. It allows for many different configurations and has many industrial applications. But what are the consumer uses for this kind of technology?

SeeSpace InAiR: The World's 1st Augmented Television by Nam Do, Dale Herigstad, A-M Roussel We have now surpassed the $150K goal to add streaming to the list of features. And if we reach the $200K level, we will also add an Extra HDMI input and Preset Apps to InAiR. Thanks for the continued support for this project. InAiR brings you the world's first Augmented TV experience With InAir plugged in, your TV becomes an Augmented Television. You can turn any ordinary television into a new and wonderful medium, filled with rich and dynamic information from the Web.

StormTag - A Bluetooth Weather Station. On Your Keyring. by Jon Atherton What if you could be part of a team that changed the way our climate was analysed? We’re about to start a 2 year worldwide project to perfect crowd sourced weather data, and we need your commitment to help us. Wouldn’t it be great to carry a weather station on your keyring? Now you can. Not only do you get a great weather station for yourself, but your StormTag will contribute meaningful data that is open for scientific analysis. Stormtag is set to revolutionise weather data collection, and as our App collects that data we’ll begin to provide you with some weather predictions in real time, even without an internet connection.