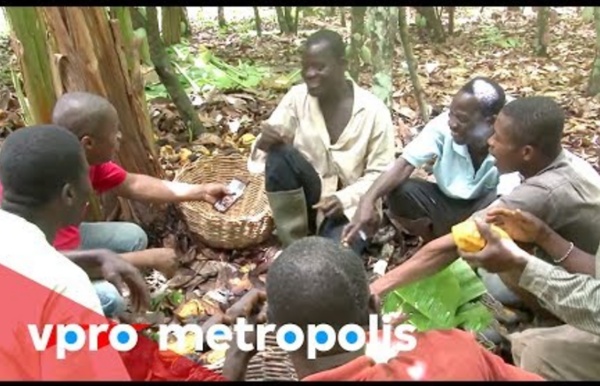 I Photograph Elderly Couples And The Pure And Honest Love That I Witness Is Beyond Amazing (15 Pics) I started off as a family and child photographer five years ago, but what I noticed was that people only came to get photographs taken with their children and spouses. I never had a client asking me to take photographs of their parents or grandparents or even photos of their children and parents. So I decided to divide my work time into two parts. I spent one half of my month photographing my clients the way they wanted me to and the other half was dedicated to requesting grandparents and great-grandparents (who I would invite via model calls or would randomly approach in public places) to come and be photographed by me with their grandkids.

Muslims lived in America before Protestantism even existed The first words to pass between Europeans and Americans (one-sided and confusing as they must have been) were in the sacred language of Islam. Christopher Columbus had hoped to sail to Asia and had prepared to communicate at its great courts in one of the major languages of Eurasian commerce. So when Columbus’s interpreter, a Spanish Jew, spoke to the Taíno of Hispaniola, he did so in Arabic. Not just the language of Islam, but the religion itself likely arrived in America in 1492, more than 20 years before Martin Luther nailed his theses to the door, igniting the Protestant reformation. Moors – African and Arab Muslims – had conquered much of the Iberian peninsula in 711, establishing a Muslim culture that lasted nearly eight centuries.

Islamophobia is not confined to online groups. It leaks across public life On Friday morning, as the news from Christchurch was still rolling across radio bulletins, Sir Mark Rowley, the former head of counter-terrorism at the Met, was commenting on the horror on BBC Radio 4’s Today programme. Fifty Muslims had been brutally murdered, and 48 seriously injured. For 17 horrifying minutes, a white supremacist terrorist unloaded round after round of bullets into men, women and children. Circumcision: Social, Sexual, Psychological Realities We continue examining myths about circumcision, including traditions, social and sexual relations. NOTE: Primary author is Lillian Dell'Aquila Cannon (see her blog), with assistance from Dan Bollinger Part 3

The Heroes of America's Startup Economy Weren't Born in America According to the Entrepreneurship Rate indicator of the Inc. Entrepreneurship Index, Inc.'s proprietary benchmarked score representing the health of American startups, the percentage of entrepreneurs who are immigrants is currently close to a 20-year high. Today, they are a large reason the Inc. Entrepreneurship Index has remained relatively stable at 87 out of 100 in the first quarter of 2018, down almost imperceptibly from 88 out of 100 in the quarter prior. It's no coincidence then that the heart of America's startup scene--Silicon Valley--is San Jose.

Trolls Tell Woman She’s ‘Too Ugly’ To Be Posting Pics Of Her Face, She Responds With 3 Selfies Melissa Blake is a freelance writer covering relationships, disabilities and pop culture and has been featured on sites such as CNN and Cosmopolitan. She also has a popular blog called ‘So About What I Said,‘ where she gives inspiring personal insights into living with Freeman-Sheldon Syndrome, a genetic bone and muscular disorder that she has had since birth. Image credits: melissablake

Why wealth equality remains out of reach for black Americans Black History Month has become the time to reflect on all the progress black Americans have made, but the sobering reality is that when it comes to wealth – the paramount indicator of economic security – there has been virtually no progress in the last 50 years. Based on data from the Federal Reserve’s Survey of Consumer Finance, the typical black family has only 10 cents for every dollar held by the typical white family. While there is no magic bullet for racism, access to wealth, and the security to pass it down from one generation to the next, would go a long way toward changing the economic trajectory for blacks. As researchers who study historical and contemporary racial inequality, we mostly conceive of wealth as a maker of success, but its true value is functional: the independence and economic security that it provides. Out of slavery

After 9 Months Of Competition And More Than 130,000 Submissions, Here Are The Most Breathtaking Pics Taken This Year (50 Pics) After 9 months of competition and more than 130,000 submissions from photographers all over the world, the Top 50 finalists for the #AGORAawards2019 have been revealed. From seals resting on the Antarctic ice to Nomads crossing the Sahara desert, this selection will make you travel across the continents to discover the wonders of Planet Earth and its various cultures, people and incredible landscapes. The AGORA Awards 2019, hosted by free-to-use photography app AGORA images will reward the best image of the year with the grand prize of $25,000 for its photographer. Unlike any other contest, the third edition of the AGORA Awards recognizes the single most voted photo of the year, without any photography genre categories. The competition has been running throughout 2019, where photographers from all around the world - amateurs and professional alike - could submit their best shots.

Trending stories on Indian Lifestyle, Culture, Relationships, Food, Travel, Entertainment, News & New Technology News The Sikh community is known for its kind gesture and benevolence. In a recent incident that will restore our faith in humanity, the community has offered free meals to fellow American government employees after they were caught amid the shutdown that has left thousands without pay. The Gurdwara menu which includes lentils, vegetables, rice and tortillas helped the employees in San Antonio, Texas. The shutdown which has been in its fourth week has left roughly 8 lakh federal government workers without work in key departments. Since president Trump wants to build a wall on the US-Mexico border using USD 5.7 billion. The Democrats, however, say that this move is a “waste” of money and all federal employees have been working without pay.

How Native American tribes are bringing back the bison from brink of extinction On 5,000 hectares of unploughed prairie in north-eastern Montana, hundreds of wild bison roam once again. But this herd is not in a national park or a protected sanctuary – they are on tribal lands. Belonging to the Assiniboine and Sioux tribes of Fort Peck Reservation, the 340 bison is the largest conservation herd in the ongoing bison restoration efforts by North America’s Indigenous people. Iwao Takamoto Early life and career[edit] After the bombing of Pearl Harbor, Takamoto's family, like many Japanese Americans, was forced to move to an internment camp. They spent the rest of World War II in the Manzanar internment camp. It was there that Takamoto received basic illustration training from two co-internees. Takamoto first entered the cartoon world after the end of the war.