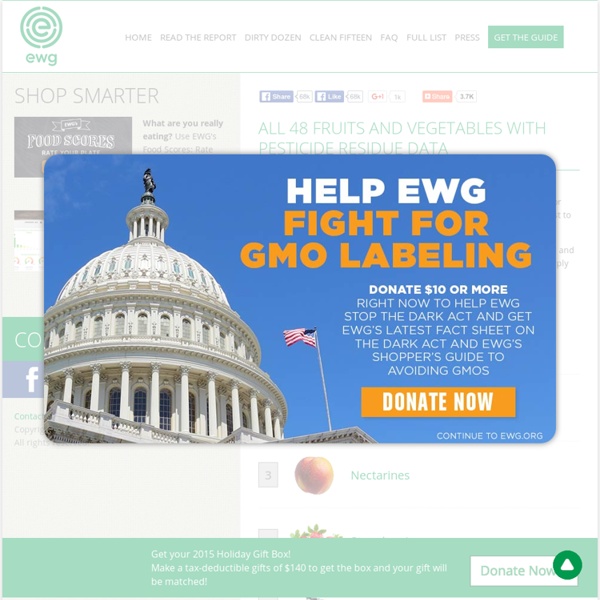 Bone Broth for Health Building: Nourishing the Liver and Kidneys By Cindy Micleu, MTCM, LAc. Winter is the ideal time for nourishing the Kidneys, and soup is the perfect winter food. Bone broth is prepared in cultures around the world as both a tasty, healthful soup and an easily digested medicinal food. The prolonged cooking of bones in water results in a broth rich in nutritional constituents that promote strength, tonify blood, nourish in times of sickness and rehabilitation, and help to prevent bone and connective tissue disorders. Bone broth is commonly used in the making of high quality restaurant soups, though it is seldom made in the average modern American household. Healthy Eating Pyramid - What Should You Eat? - The Nutrition Source Table of Contents Introduction: The Best Guides to a Healthy Diet Nearly two decades ago, the U.S. Department of Agriculture (USDA) created a powerful icon: the Food Guide Pyramid. This simple illustration conveyed in a flash what the USDA said were the elements of a healthy diet. The Pyramid was taught in schools, appeared in countless media articles and brochures, and was plastered on cereal boxes and food labels.

80 percent of non-organic U.S. apples contain harmful chemical that is banned in Europe (NaturalNews) It's no secret that non-organic apples contain pesticides, but new information demonstrates that upwards of 80 percent of them may also contain diphenylamine (DPA), a chemical banned in Europe. DPA, which is regulated as a pesticide, is said to keep produce from turning dark colors while in storage. Although banned overseas, such apples are still found in the United States. In fact, the most common pesticide on conventionally grown U.S. apples is DPA. In 2012, the European Food Safety Authority, which is responsible for assessing pesticide risk, determined that manufacturers were unable to prove that DPA did not pose human health risks. Furthermore, carcinogens called "nitrosamines" were discovered on DPA-treated fruits.

Diabetic-friendly, low-carb, gluten-free, organic market now open in Hixson Owners of the new store will celebrate a grand opening and ribbon-cutting ceremony Nov. 19 at 3:30 p.m. (Photo: Contributed) Hixson now has a new low-carb, gluten-free, organic food store. Real Food I’m going to say something shocking. Prepare yourself. About 70% of the “food” available for purchase at your local supermarket isn’t food. Confused? If it’s refined or processed, it isn’t food. How to Calculate and Compare Unit Prices at the Store: 5 Steps Edit Article Edited by Maluniu, Flickety, Zareen, Rock20000 and 2 others Companies are always creating eye-catching container designs and bigger packaging to persuade us to purchase their products. When we enter stores to shop for food, toilet paper, pet food, and other products, is it an optical illusion or the actual reality deal if we're getting the most out of our money? During special occasions, such as a barbecue or Halloween, our eyes might glance towards the bigger product and ignore everything else.

Beware of red dyes in oranges Mon. Mar. 24, 2014 by Linda Kordich (NaturalHealth365) Do you love the taste of tangerines and navel oranges? Just be careful – those beautifully colored oranges and tangerines may not really be all that healthy for us. According to the Center for Science in the Public Interest (CSPI), every year, food manufacturers pour 15 million pounds of artificial food coloring into the United States food supply. And, according to the Food and Drug Administration (FDA), they claim that if any dyes are used, they need to be labeled.

10 Places to Find Cheap Antioxidants Most Americans want to add more antioxidants to their regular diet, but according to a new survey, they don’t know where to get them or what they’re good for. Released on Nov. 1, the latest research from juice company Bossa Nova found that: 32 percent of consumers think blueberries have more antioxidants than acai berries25 percent think acai juice helps with weight loss (It doesn’t)15 percent simply don’t know which fruits are high in antioxidants What if It's All Been a Big Fat Lie? If the members of the American medical establishment were to have a collective find-yourself-standing-naked-in-Times-Square-type nightmare, this might be it. They spend 30 years ridiculing Robert Atkins, author of the phenomenally-best-selling ''Dr. Atkins' Diet Revolution'' and ''Dr.