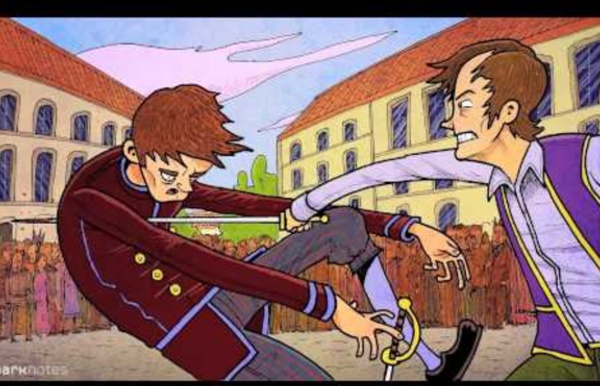 Romeo and Juliet Comic [Grammarman Home] [Romeo and Juliet Menu] [Next Page] Jump to page: [1] [2] [3] [4][5] [6] [7] [8] Discovery Education UK TV and radio presenter Diane Louise Jordan is a well-known and much loved public figure who is often referred to as a "presenter across boundaries" in recognition of how comfortably and naturally she relates to people from all walks of life. Currently Diane can be heard every Sunday morning on BBC Radio 2's The Sunday Hour and is a regular face on Songs of Praise (one of the BBC's longest running programmes). Diane came to prominence in 1990 when she was invited to become a member of the legendary Blue Peter presenting team. Such was her popularity that when, six years later, Diane decided it was time to move on, the programme's editor dedicated two complete shows to her departure – a first in the programme's history.

Pakistani mother sentenced to death for burning daughter alive A court in Pakistan sentenced a mother to death on Monday for burning her daughter alive as punishment for marrying without the family’s consent. Parveen Bibi confessed before a special court in the city of Lahore to killing her daughter in June for what she said was “bringing shame to the family”. Police said 18-year-old Zeenat Rafiq married Hassan Khan and eloped to live with his family a week before she was killed. The court sentenced Rafiq’s brother Anees to life in prison after the evidence showed her mother and brother had first beaten her, before her mother threw kerosene on her and set her on fire. ROMEO AND JULIET, Act 1 Scene 5 napkins: i.e., dish-towels. In order to clear Capulet's hall for dancing, the servants are taking away the dishes and other things used at the feast. And SERVINGMEN come forth with napkins. First Servant 1 Where's Potpan, that he helps not to take away?

Shakespeare's Globe Globe Theatre Links | Home (picture credit: Utrecht University Library) The sketch at left is perhaps one of the most important in theatrical history. In 1596, a Dutch student by the name of Johannes de Witt attended a play in London at the Swan Theatre. Ten ways in which Shakespeare changed the world Back in 2012, the British Library displayed a rare book that attracted as much media attention as a Gutenberg Bible. It was a mass-produced edition of a text once owned by Nelson Mandela, inked with his pen. Mandela had kept this volume by his bedside for more than 20 years and it had sustained him through his darkest hours on Robben Island. Sometimes he had read aloud from it to his cellmates. It was not scripture, but its sacred characters – from Hamlet to Prospero – had often been a source of inspiration. Mandela, son of a Xhosa chief, was born and grew up in Transkei, 6,000 miles from Britain.

A modern-day tale of Romeo and Juliet Girl meets boy, her father disapproves. It is a story as old as time but, unlike Romeo and Juliet, a couple arrested in Yemen have sparked a major Facebook campaign. Once upon a time, three years ago, Huda, now 22, walked into a mobile phone shop in her home village in Saudi Arabia. She met Arafat, now 25, a Yemeni migrant worker from a much poorer family. Love blossomed. Arafat approached Huda's parents to ask for her hand, but was refused, according to the couple's lawyer.

Scenes from Shakespeare's Romeo and Juliet - The complete text of Romeo and Juliet Quote in Context Arise, fair sun, and kill the envious moon, Who is already sick and pale with grief That thou her maid art far more fair than she. Be not her maid, since she is envious; Her vestal livery is but sick and green, And none but fools do wear it. Romeo and Juliet (2.2), Romeo In this passage Romeo uses an intricate conceit to express a simple desire: to take Juliet's virginity.