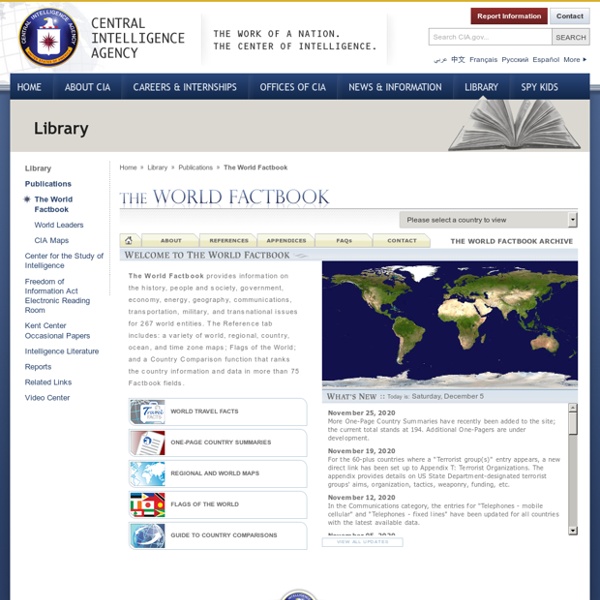 Enduring Voices Project, Endangered Languages, Map, Facts, Photos, Videos Explore Talking Dictionaries The Enduring Voices team is pleased to present these Talking Dictionaries, giving listeners around the world a chance to hear some of the most little-known sounds of human speech. Several communities are now offering the online record of their language to be shared by any interested person around the world. While you probably won't walk away from these Talking Dictionaries knowing how to speak a new language, you will encounter fascinating and beautiful sounds--forms of human speech you've never heard before--and through them, get a further glimpse into the rich diversity of culture and experience that humans have created in every part of the globe. Explore the Talking Dictionaries for yourself. Losing Our World's Languages By 2100, more than half of the more than 7,000 languages spoken on Earth—many of them not yet recorded—may disappear, taking with them a wealth of knowledge about history, culture, the natural environment, and the human brain.

World Wealth Report 2011 Wealth and population of global HNWIs surpass pre-crisis levels in nearly every region as HNWI wealth reaches US$42.7 trillion The world’s high net worth individuals (HNWIs) expanded in population and wealth in 2010 surpassing 2007 pre-crisis levels in nearly every region, according to the 15th annual World Wealth Report from Merrill Lynch Global Wealth Management and Capgemini. The World Wealth Report covers 71 countries in the market-sizing model, accounting for more than 98% of global gross national income and 99% of world stock market capitalization. The report has built a strong and lasting reputation as the industry benchmark for HNWIs market sizing—originally at a global and regional level but increasingly at a country level. Download the Report to learn more about trends in HNWI wealth worldwide. The report is available in English, Simplified Chinese, Traditional Chinese and Japanese.

How to Plot the Cyclomatic Complexity of Your Project - Streamhead The Cyclomatic Complexity Number of your program is a very rough measurement of how many paths can be taken through your source code. It can be calculated fully automatically. While it is far from perfect, it will give you an idea of how complex your program is. More importantly, it can also be used as a metric for the complexity evolution of a program over time. This post shows how to create this graph using some basic tools. One of my preferred talks at Devoxx 2010 was Neal Ford’s explanation of how the design of a program emerges over time. Design can emerge when you refactor code to extract patterns or design elements from existing code. For part of a project I’m working on the graph looks like this (click for full size): On the X axis are the Subversion revision numbers. The Y axis shows: in green (left axis) the sum of the cyclomatic complexity of each method in the program. How to Create Your Own Cyclomatic Complexity Plot What you’ll need to get started: Analyzing the Sources

Fighting Against Apartheid: The Activism of Fatima Meer | Choices Program UN photo This lesson is an online supplement to the curriculum unit Freedom in Our Lifetime: South Africa's Struggle. Objectives Students will: Consider what it was like to live in South Africa under apartheid.Hear firsthand from a South African anti-apartheid activist.Examine the ways in which one activist worked to achieve justice and equality in South Africa. Resources Handout—The Activism of Fatima Meer In the Classroom Note: Students will get the most out of this lesson if they have read Parts 1 and 2 and the Epilogue of Freedom in Our Lifetime: South Africa's Struggle, although the lesson can be adapted for students who do not have this background knowledge. 1. Write the word "apartheid" on the board. Review with students the way South African society was structured at the time. 2. Tell students that in today’s lesson they will be watching videos of Professor Fatima Meer, one of South Africa's most distinguished anti-apartheid activists. How have things changed since the early 1990s? 3.

How To Learn On Your Own: Make A Personal Scholar Resource Plan One of the most challenging and gratifying parts of learning alone is the opportunity to search for and select your own learning material. Students in traditional classrooms usually don’t get to decide how they are going to master course content. Instructors decide for them in the form of textbook selection, quizzes, tests, group projects, etc. As an independent learner, you can make your study time more effective by using only the learning methods that work for you. A resource plan is a document used to brainstorm the learning material you can use when you begin your studies. This article will show you how to create a resource plan to use in your independent studies. Step 1: Set a Goal The first step to creating a resource plan is to decide on a single goal. Ineffective Goal – Learn HTMLEffective Goal – Create several websites using HTML, referring only minimally to a coding book. Step 2: Collect Materials Books – The written word is still one of the best ways to learn a subject.

UN Statistics New York, 1 June 2016 - The chair of the Statistical Commission, Ms. Wasmalia Bivar of Brazil, addressed the Economic and Social Council (ECOSOC) on 1 June during its Coordination and Management Meeting. Ms. Bivar, who provided her briefing by videolink, informed the Council that the Statistical Commission at its last session in March had agreed “as a practical starting point” on a global indicator framework, which had been developed by the Inter-agency and Expert Group on Sustainable Development Goal Indicators (IAEG-SDGs). The presentation (English, Spanish) was followed by a short Q&A session. Six Thinking Hats Six Thinking Hats is a book by Edward de Bono which describes a tool for group discussion and individual thinking involving six colored hats. "Six Thinking Hats" and the associated idea parallel thinking provide a means for groups to plan thinking processes in a detailed and cohesive way, and in doing so to think together more effectively.[2] Underlying principles[edit] The premise of the method is that the human brain thinks in a number of distinct ways which can be deliberately challenged, and hence planned for use in a structured way allowing one to develop tactics for thinking about particular issues. de Bono identifies six distinct directions in which the brain can be challenged. Since the hats do not represent natural modes of thinking, each hat must be used for a limited time only. A compelling example presented is sensitivity to "mismatch" stimuli. Six distinct directions are identified and assigned a color. Managing Blue - what is the subject? Strategies and programs[edit]