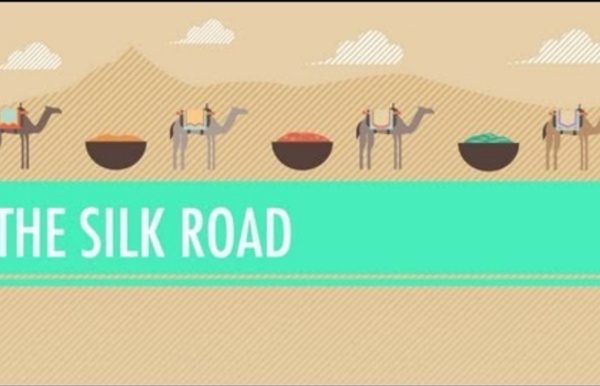 Ancient China banner - China’s Geography The Yellow (or Huang He) River5 and the Yangtze River6, the third longest in the world, were the most significant natural features in Ancient China. The Yellow River was to China what the Nile was to Egypt, and its basin provided some of the best agricultural land7. The Yangtze was vital for inland transportation, trade and many irrigation projects8. The Mother Huang He statue: 6 metres long, 2.6 metres high and weighing 40 tonnes ©Brucke-Osteuropa10, public domain11

Big data meets Big Brother as China moves to rate its citizens On June 14, 2014, the State Council of China published an ominous-sounding document called "Planning Outline for the Construction of a Social Credit System". In the way of Chinese policy documents, it was a lengthy and rather dry affair, but it contained a radical idea. What if there was a national trust score that rated the kind of citizen you were? Imagine a world where many of your daily activities were constantly monitored and evaluated: what you buy at the shops and online; where you are at any given time; who your friends are and how you interact with them; how many hours you spend watching content or playing video games; and what bills and taxes you pay (or not). It's not hard to picture, because most of that already happens, thanks to all those data-collecting behemoths like Google, Facebook and Instagram or health-tracking apps such as Fitbit. A futuristic vision of Big Brother out of control?

Ask Mr. Donn Q&A Ancient China Index The ancient Chinese created many things we use today, including paper, silk, gunpowder, the compass, the crossbow, printing, matches, wheelbarrows, the decimal system, waterwheels, the sundial, astronomy, porcelain, lacquer, pottery wheel, fireworks, paper money, seismograph, tangrams, medicines, dominoes, jump ropes, kites, tea ceremony, folding umbrellas, ink, calligraphy, animal harness, playing cards, the abacus, wallpaper, ice cream, and more! They worshipped many gods and goddesses and magical beings, and honored their ancestors every day. These are questions we created about Ancient China that we believe you might find on a homework assignment, a unit quiz or an exam. Test yourself. See if you remember the answer (or guess the answer), then click the "Show Answer" button under each question to see if you are right! Five Themes of Ancient China Geography

china Power Point Presentations on China! Welcome! On this page you will find free powerpoints that you can use in your classroom about china. these powerpoints provide great visuals and can be modified to meet your needs. great for roots!;) Click here to download three amazing powerpoint about ancient china. Explicit cookie consent MOST lovers of Chinese martial arts take the magical aspects of kung fu, as demonstrated by the flying fighters of legend and film, with a pinch of salt. But Wei Lei built his career in China on a claim that his mastery of tai chi, a branch of kung fu, had given him supernatural power. In a programme about kung fu that was broadcast on state television in 2015, Mr Wei demonstrated that he could keep a dove standing on his hand with an invisible force-field and smash the inside of a watermelon without damaging its rind. The broadcaster itself appeared to be among the credulous.

Chinese Geography: Readings and Maps Rivers, Borders and Civilization Major Rivers China's two major rivers, the Huang He (Yellow River) and the Chang Jiang (Yangzi or Yangtze River), as well as the Pearl River (Zhu Jiang) delta system marked by the Xi Jiang (West River) in southeastern China, have provided the framework for agricultural development and population growth throughout China's history. Another river, the Heilong Jiang (known also as the Amur River, its Russian name) marks the border between China and Russia; at times in the past, this area was one of confrontation between the neighbors.

Chinese Paper Cutting, Popular for Its Low Cost and Artistry Introduction Paper cuttings Paper cutting is one of the most popular decorative Chinese handicrafts. It is popular for its low cost and artistry. Rural women often make paper cuttings in their spare time when farming is not busy. As a reflection of its philosophical origins, paper cutting is as comprehensive as it is attractive.

Chinese Folk Papercut, How Make Chinese Papercut The History and the Heritage Ever since paper was invented in 105 A.D. by Ts’ai Lun, an official in the court of Ho Ti, emperor of Cathay, paper-cutting has been a folk art. Perhaps it flowered because paper became so inexpensive and universally available, so easily workable with ordinary tools, and so adaptable to manifold uses. Whatever the reason, it was the common folk who first learned to cut the paper, and then perpetuated these rich traditions. The humble nature of its origins and the anonymity of its practice have caused paper-cutting to remain virtually ignored as an art form.

The non-western books that every student should read The Wretched of the Earth by Frantz Fanon I teach it to my first years and return to the book through their degree. It is the perfect introduction to complex ideas: oppressive socio-economic political structures, forms of resistance and defiance, and the point at which violence becomes justifiable. Ancient Chinese Philosophy Chinese philosophy is the intellectual tradition of the Chinese culture from their early recorded history to the present day. The main philosophical topics of Chinese philosophy were heavily influenced by the ideas of important figures like Laozi, Confucius, Mencius and Mozi, who all lived during the second half of the Zhou dynasty (8th to 3rd century BCE). Chinese culture as a whole has been shaped by the influence of these intellectual leaders. main Attributes Humanism has been the chief attribute of Chinese philosophy.

The Pyramids of China - Discovery and Area Five Xi'an Region 2 Secret Chinese Pyramids Evidence of Alien Visitors? According to the old Chinese legend, over one hundred pyramids built in China are evidence of visits paid by aliens to our planet. At the very beginning of the century, two Australian merchants traveled to the vast plains of Sichuan in the central part of China, where they discovered over one hundred pyramids. Astounding colorized photos reveal the faces and fashions of Ellis Island immigrants These photographs show a tiny handful of the more than 12 million immigrants who entered the United States through the immigration station at New York's Ellis Island between 1892 and 1954. The men and women portrayed are wearing their finest clothes, often their national dress, brought with them from their homeland to America. Around 5,000 immigrants entered the country every day at the height of Ellis Island's activity. The photographs were taken by Augustus Francis Sherman, the chief registry clerk at Ellis Island and an avid amateur photographer.