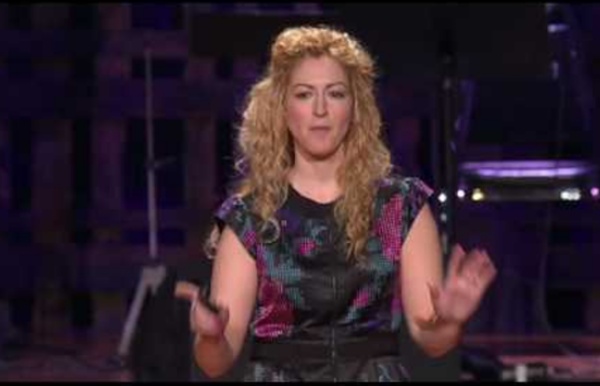 We need to talk about TED In our culture, talking about the future is sometimes a polite way of saying things about the present that would otherwise be rude or risky. But have you ever wondered why so little of the future promised in TED talks actually happens? So much potential and enthusiasm, and so little actual change. « What Gamification Really Means, » – Guest Post from @GeorgeCohta Research firm Gartner projects that by 2014, 70% of 2,000 global organizations will depend on gamified applications for employee performance, health care, marketing, and training, and that 50% of corporate innovation will be gamified, with American corporations spending several billion dollars on it. Gamification is not just a game and it requires an understanding of psychology and motivation along with understanding the principals of excellent game design. Let me briefly introduce you to the concept. Gamification is the process of using game mechanics and game thinking in non-game contexts

What Will The Ed Tech Revolution Look Like? During the past 40 years, accounting for inflation, we have nearly tripled the amount of money we spend per student in public K-12 education. It was roughly $4,000 in 1971, and last year amounted to $11,000 per student. Over that same period time, our students’ math and verbal test scores have remained unchanged. I am no Warren Buffett, but I can comfortably say to you that that is a lousy return on investment. : Simon Carless's Blog - When Your Wishlists Don't Convert The following blog post, unless otherwise noted, was written by a member of Gamasutra’s community. The thoughts and opinions expressed are those of the writer and not Gamasutra or its parent company. [Hi, I’m Simon Carless, and you’re reading the Game Discoverability Now! What Is Gamification In Education? ‘OK, whoever finds the correct answer will get 5 points and a sticker. I’m writing the names of the students with the most points on the board. Let’s see who will be on the top!’ If you regularly set up in class mini competitions like that, you are already using gamification techniques in your teaching.

Translation Software For Music Makers : The Record hide captionJace Clayton, a.k.a. DJ Rupture. Xabi Tudela/Courtesy of the artist Jace Clayton, a.k.a. How the World of Goo became one of the indie video game hits of 2008 The growing popularity of the indie game, World of Goo earned it the No. 1 rank on Amazon’s top ten best-selling PC games recently, albeit temporarily, among giants like World of Warcraft, Spore, Left-4-Dead, and Fallout3. This independently developed game’s success illustrate the changes that are taking place in the video game and digital content distribution landscape. How appropriate, as we end this year and look for changes in the next.

Gamification Can Reinvigorate Teaching and Learning: An Introduction – Engagucate When students are engaged and inspired, they excel academically. Regrettably, schools all around the country are facing a student motivation and engagement crisis of epic proportions. Student engagement and motivation are the most important and also difficult aspects of the teaching profession. How do we motivate students who are utterly not interested in their own learning? The answer to that question is gamification.