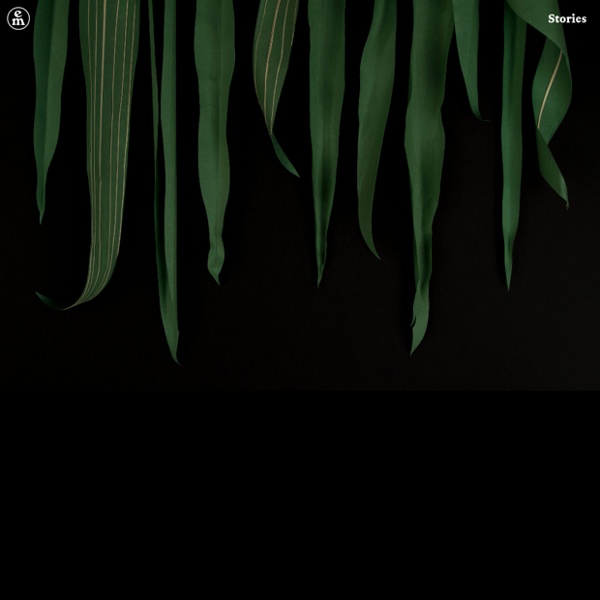 Corn production today uses more natural resources than any other crop. Around 90 million acres are planted in corn, and the last remaining remnants of native prairie and grassland are being plowed under for corn every year. Corn is a hungry crop and a thirsty one. Vast amounts of water are consumed, and a staggering amount of fertilizer. Corn not only consumes a great deal—it produces a huge amount of waste. Much of that fertilizer never even makes it into the plant, instead it is washed downstream, producing toxic algal blooms in waters everywhere along the way and ultimately creating the growing dead zone in the Gulf of Mexico. I don’t blame my farmer neighbor for industrial agriculture. Watching train cars of golden yellow kernels unload into ethanol factories creates a gnawing pain in my gut; it’s the pain of betrayal. Colonization is the process by which an invading people seeks to replace the original lifeways with their own, erasing the evidence of prior claims to place. Corn?

What Happens If You Boil A Lemon? - The Lost Herbs Lemon water has been popular for some time now and you may already squeeze a lemon into a cup of water each morning (or evening). The juice of the lemon is known to give you energy and has a host of other medicinal benefits that I’ll run through. However, did you know that lemon peel is also nutritious? If you boil the lemon rind you can extract good properties from it making it an even more nutritious drink. A Former Alt-Right YouTuber Explains His Methods Ms. Southern described the situation differently. “We asked the question because we knew it was going to force people to question their own political views and realize the contradiction in being a hard-core feminist but also supporting a religion that, quite frankly, has questionable practices around women,” she said.

‘It could feed the world’: amaranth, a health trend 8,000 years old that survived colonization Just over 10 years ago, a small group of Indigenous Guatemalan farmers visited Beata Tsosie-Peña’s stucco home in northern New Mexico. In the arid heat, the visitors, mostly Maya Achì women from the forested Guatemalan town of Rabinal, showed Tsosie-Peña how to plant the offering they had brought with them: amaranth seeds. Back then, Tsosie-Peña had just recently come interested in environmental justice amid frustration at the ecological challenges facing her native Santa Clara Pueblo – an Indigenous North American community just outside the New Mexico town of Española, which is downwind from the nuclear facilities that built the atomic bomb. Tsosie-Peña had begun studying permaculture and other Indigenous agricultural techniques.

The great boat lift of 9/11 It was midmorning, but the air was black as midnight. Sirens and alarms wailed, echoing down ghostly streets, and dazed, ash-covered people screamed as they scrambled in all directions. Karen Lacey was among them, stumbling through throngs along the lower Manhattan waterfront, edging her way toward the cold, choppy waters of the Hudson River. Fleeing from the dense dust in the aftermath of the collapse of the south tower of the World Trade Center and fearing she would be crushed by the debris, Lacey believed she had only one chance to save her life. She climbed over the steel railing alongside the river.

Animals wrestle with the concept of death and mortality When the Virginia opossum feels threatened, she plays dead. Lying on the ground, curled up into something resembling the foetal position, with her eyes and mouth open and her tongue hanging out, she stops responding to the world. Her body temperature drops. Her breathing and heart rate are severely reduced. Her tongue, usually pink, takes on a blueish hue.

9 Toxic American Foods That Have Been Banned Around the World—Delish.com Instagram/Delishdotcom You want to believe you can put your trust in anything the FDA approves, but that's not necessarily true. The following foods are commonly eaten in America (seriously—probably on a daily basis, too), but have been outlawed in other countries due to their toxicity to humans. If you're eating anything on this list, it might be time to rethink your diet. To Free a River FRANKIE JOE MYERS vividly remembers the fall of 2002. Chinook salmon entered the Klamath River estuary in northwest California, as they have done for millennia, but before they could reach their spawning grounds, they began washing up on the banks, dead. Most of the dead fish turned up within the Yurok Indian Reservation, which flanks 44 miles of the Klamath River in Del Norte and Humboldt counties.

The Inner Voice ‘I think, therefore I am,’ the 17th-century philosopher René Descartes proclaimed as a first truth. That truth was rediscovered in 1887 by Helen Keller, a deaf and blind girl, then seven years of age: ‘I did not know that I am. I lived in a world that was a no world … When I learned the meaning of “I” and “me” and found that I was something,’ she later explained, ‘I began to think. Then consciousness first existed for me.’ As both these pioneers knew, a fundamental part of conscious experience is ‘inner speech’ – the experience of verbal thought, expressed in one’s ‘inner voice’.

A Brief History of Pickles Is there an alternate timeline where America is known as the United States of the Pickle-Dealer? It seems unlikely, but there’s an element of truth to this half-sour hypothetical. Amerigo Vespucci didn’t discover the Americas, contrary to what the map-makers who named the continents believed, but his given name did end up lending itself to the so-called “new world.” And Ralph Waldo Emerson once called Vespucci “the pickle-dealer at Seville,” a derisive label that may have stretched the truth a bit, but pointed towards a very real part of the itinerant Italian’s biography.

David Attenborough Netflix documentary: Australian scientists break down in tears over climate crisis One of Australia’s leading coral reef scientists is seen breaking down in tears at the decline of the Great Barrier Reef during a new Sir David Attenborough documentary to be released globally on Friday evening. Prof Terry Hughes is recounting three coral bleaching monitoring missions in 2016, 2017 and 2020 when he says: “It’s a job I hoped I would never have to do because it’s actually very confronting …” before tears cut him short. The emotional scene comes during the new Netflix documentary, Breaking Boundaries: The Science of Our Planet, and shows the toll the demise of the planet’s natural places is having on some of the people who study them. The film visits scientists working on melting ice, the degradation of the Amazon, and the loss of biodiversity, and looks at a 2019/2020 “summer from hell” for Australia that featured unprecedented bushfires and the most widespread bleaching of corals ever recorded on the Great Barrier reef. “But it’s still deeply saddening,” he said.

The Conscious Universe - NOEMA Credits Joe Zadeh is a writer based in Newcastle. London was a crowded city in 1666. The streets were narrow, the air was polluted, and inhabitants lived on top of each other in small wooden houses. That’s why the plague spread so easily, as well as the Great Fire. So did gossip, and the talk of the town was Margaret Cavendish, the Duchess of Newcastle.

How to Store Strawberries, Blueberries, and Blackberries So They Stay Fresher Longer No one wants to spend their Saturday stalking the farmer’s market for beautiful berries that are moldy come Monday. These tips on how to store strawberries, blueberries, raspberries, and blackberries will help you to mitigate the madness of quickly perishing produce once and for all. With just a little extra effort up front, you’ll save money, prevent food waste, and keep your berries fresh long enough to enjoy them out of hand, or ready to use in berry desserts and treats all season long. Select the best berries from the bunch Whether you’re purchasing them from your farmers market, local grocery store, or are picking them yourself, selecting the best berries is key to their longevity. Pamyua, an Inuit band, makes music that 'moves you from the soul' ​​ANCHORAGE, Alaska — If you’ve ever seen “Molly of Denali,” a PBS Kids show that tells the story of an Alaska Native village, you’ve also heard the music of Pamyua (Bum-yo-ah), an Inuit-soul modern musical group that blends its own culture with influences from around the world. “Pamyua,” a Yup’ik word, means the “tail end of (something)” and is traditionally used to call “Encore, do it again!” during Inuit musical events or festivals. The Blanchett brothers — Philip Kilirnguq and Stephen Qacungatarli — founded the group in 1995.