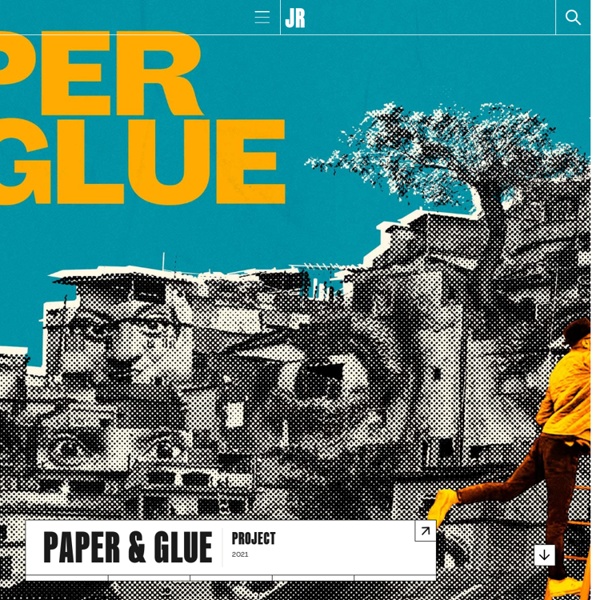 Jonesy Street Art in London, the Artist Who is Our Little Secret One of the most elusive and mysterious street artists around in London at the moment is surely the artist known only as Jonesy. A darling of street art tour guides who love the fact that his art is often hidden yet in plain sight. A versatile artist Jonesy is perhaps best known as a sculptor producing works in bronze and in wood but he also produces original drawn paste ups. His sculptural work is often, but not always, placed high up on the top of street signs or on walls. Jonesy does not appear to want his work to be initially impactful as many street artists would perhaps want their work to be. superjacent — 4th and Main In a near future Los Angeles.... ....the lines between urban and ecological challenges have become a blur. In the landscape of the Anthropocene everything we do, want, eat or dream requires careful consideration, as our individual actions have global impacts.

Photography and Theater with Barry Underwood Aaaaand the triptophan has not quite left the building, so we’ll start this Monday off nice and easy, with some beautiful, woodsy happenings courtesy of Barry Underwood. Underwood has degrees in both theater and photography, and it shows. These are called “scenes”, and they are spectacular. Some are bigger than others, please forgive me and my flawed internet trollings. magic magic magic. woo. ‎fionaterror.tumblr.com Archive About Ask me anything Syndex Theme by Marc Kremers 7 Alternatives to Pandora and Last.FM Whether you are annoyed by the ads on Pandora, the limited number of skips, or the abyss of cruel 30-second song teasers from Last.FM, many online listeners are growing weary of mainstream methods of hearing new music. While the Pandora algorithm is strong, and the Last.FM related artists tool is pretty useful, don’t fool yourself in to thinking that there aren’t other great ways to expose yourself to new music in the depths of cyberspace. Here are 7 alternatives to Pandora and Last.FM that will infuse your day with an uninterrupted stream of music that large record companies haven’t managed to squash under their thumbs yet. StumbleAudio StumbleAudio has a killer recommendation engine that works better for me than Pandora’s.

CTRL+X: Street Artists “Delete” Graffiti with a Painted Anamorphic Illusion As part of the Stenograffia street art and graffiti festival in Russia, a collaborative of artists worked to create this phenomenal illusion that appears to “erase” a collection of graffiti from a small car and trash dumpster. With the help of a projector, the team painted the familiar grey and white checker grid found in most graphics applications that denotes a deleted or transparent area. The piece is titled “CTRL+X” in reference to the keyboard command in Photoshop for deleting a selection. You can see nearly 100 behind-the-scenes photos of their process here. (via The Awesomer, Mass Appeal)

People – Studiomake Studiomake is an interdisciplinary design studio led by David Schafer and Im Sarasalin Schafer with a team of architects, designers, and fabricators. Together we work in the realm of architecture, interior, furniture, and object design, inspired by tradition, technology, and constant questioning. By working in varying scales, we are able pull connections between different crafts.

Brock Davis: Art, Design, Ideas Photograph for The New Republic magazine.Art Direction, Editorial Design, Photography2014 Editorial photo for Men's health magazine.Art Direction, Fine Arts, Photography2014 Some of my favorite iphone photos of 2013Art Direction, Fine Arts, Photography2014 Some of the minimal, 6-second vines I made with my iphone this year.Animation, Directing, Film2013 Personal art made just for fun.Crafts, Culinary Arts, Sculpting2013 Illustration for Kiplinger's MagazineArt Direction, Editorial Design, Illustration2013 Before I Die What matters most to you Interactive public art project that invites people to share their personal aspirations in public. After losing someone she loved and falling into depression, Chang created this experiment on an abandoned house in her neighborhood to create an anonymous place to help restore perspective and share intimately with her neighbors. The project gained global attention and thanks to passionate people around the world, over 1000 Before I Die walls have now been created in over 70 countries, including Kazakhstan, Iraq, Haiti, China, Ukraine, Portugal, Japan, Denmark, Argentina, and South Africa. The walls are an honest mess of the longing, pain, joy, insecurity, gratitude, fear, and wonder you find in every community, and they reimagine public spaces that nurture honesty, vulnerability, trust and understanding.