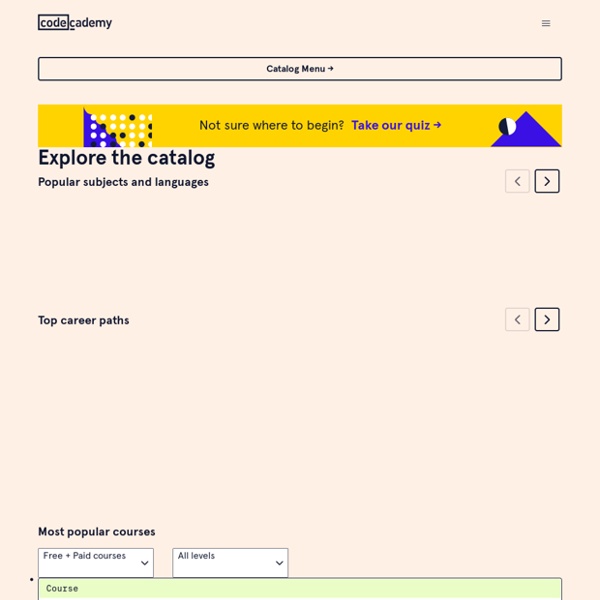 Five simple database design tips A flawed database can affect all areas of your application, so getting the design right is of paramount importance. Check out Builder's five simple design tips, and share some of your own. If an enterprise’s data is its lifeblood, then the database design can be the most important part of an application. 70 Things Every Computer Geek Should Know. The term ‘geek’, once used to label a circus freak, has morphed in meaning over the years. What was once an unusual profession transferred into a word indicating social awkwardness. As time has gone on, the word has yet again morphed to indicate a new type of individual: someone who is obsessive over one (or more) particular subjects, whether it be science, photography, electronics, computers, media, or any other field. A geek is one who isn’t satisfied knowing only the surface facts, but instead has a visceral desire to learn everything possible about a particular subject.

md5 checksum how to January 21st, 2007 mysurface Posted in md5sum, Misc | Hits: 631381 | 39 Comments » First of all, what is md5 ? MD5 is an algorithm that is used to verify data integrity through the creation of a 128-bit message digest from data input (which may be a message of any length) that is claimed to be as unique to that specific data as a fingerprint is to the specific individual. UAM ImageTool Homepage UAM ImageTool is a state-of-the-art environment for annotation of image corpora. Version 2.0 now available! (10 october, 2010)

Ten Common Database Design Mistakes No list of mistakes is ever going to be exhaustive. People (myself included) do a lot of really stupid things, at times, in the name of “getting it done.” This list simply reflects the database design mistakes that are currently on my mind, or in some cases, constantly on my mind. I have done this topic two times before. 25 Useful HTML5 Tools For Designers & Developers The latest version of HTML – HTML5, adds many cool new elements to the applications that are being developed. These days it has become important for the web developers to learn and use the intricate elements of HTML5 to develop web apps and iOS-friendly sites. Did you know that Google has developed a HTML5 version of YouTube? This further encourages the developers to explore the potential of the markup language. Here we have fresh HTML5 resources which are very useful for both designers and developers. HTML5 is an extremely useful markup language for enhancing user experience and usability.

UNIX / Linux Tutorial for Beginners A beginners guide to the Unix and Linux operating system. Eight simple tutorials which cover the basics of UNIX / Linux commands. Introduction to the UNIX Operating System What is UNIX? Files and processes The Directory Structure Starting an UNIX terminal Tutorial One Listing files and directories Making Directories Changing to a different Directory The directories . and .. Recommended UNIX and Linux books If you wish to continue learning Unix, here is a list of good Unix and Linux books, ranging from beginners to advanced. Download This tutorial is available for download so you can work offline.

Unity 3 – April 2013 patterns & practices Developer Center April 2013 Unity is a lightweight, extensible dependency injection container with support for instance and type interception. Overview 40 Awesome jQuery Plugins You Need to Check Out Scrolling jQuery Waypoints Waypoints allows you to easily trigger JavaScript events at specific scroll points. Ever wonder how people build those amazing scrolling effects? This could be your answer. So you want to be a programmer, huh? Here are 27 ways to learn online Whether you are looking to switch careers and become a full-time programmer, want to try to build a website or app on the side, or are just looking to round out your skill set, learning to code has certainly been something a lot of people have started to do lately. And while being a programmer might not be for everyone, there is a lot to be said about gaining a better, more educated view of how all those pixels get moved around all those screens. Before we delve into our list of learning resources sites, we wanted to share some advice from Marissa Louie, a self-taught product designer for Ness Computing.