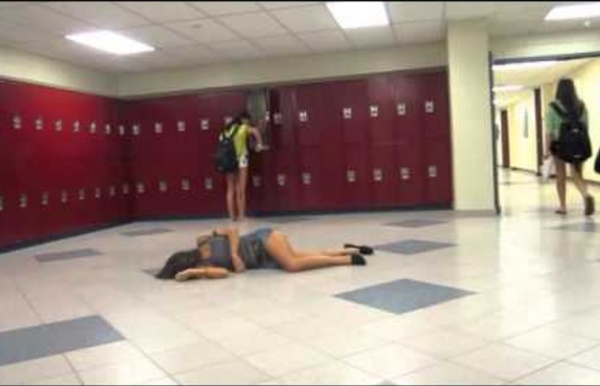 Online source on How to Overcome the Bystander Effect Psychologists have long been interested in exactly why and when we help other people. There has also been a tremendous amount of interest in the reasons why we sometimes don't help others. The bystander effect is a social phenomenon that occurs when people fail to help those in need due to the presence of other people. Researchers Found the ‘Bystander Effect’ in 5-Year-Olds Photo: MGM/The Kobal Collection The “bystander effect” is one of the better-documented and more unfortunate aspects of human nature. As Psychology Today sums it up, the effect “occurs when the presence of others hinders an individual from intervening in an emergency situation.”

Reducing the Bystander Effect As discussed, there are a number of factors that magnify the Bystander Effect. Fortunately, there are also a number of factors that weaken it. Once again, factors can be divided into characteristics of the situation, and of the people. Pluralistic Ignorance (SOCIAL PSYCHOLOGY) - iResearchNet Pluralistic Ignorance Definition Pluralistic ignorance occurs when people erroneously infer that they feel differently from their peers, even though they are behaving similarly. As one example, imagine the following scenario: You are sitting in a large lecture hall listening to an especially complicated lecture. After many minutes of incomprehensible material, the lecturer pauses and asks if there are any questions. No hands go up. You look around the room.

Bystander effect Bystander effect, the inhibiting influence of the presence of others on a person’s willingness to help someone in need. Research has shown that, even in an emergency, a bystander is less likely to extend help when he or she is in the real or imagined presence of others than when he or she is alone. Moreover, the number of others is important, such that more bystanders leads to less assistance, although the impact of each additional bystander has a diminishing impact on helping. Investigations of the bystander effect in the 1960s and ’70s sparked a wealth of research on helping behaviour, which has expanded beyond emergency situations to include everyday forms of helping. By illuminating the power of situations to affect individuals’ perceptions, decisions, and behaviour, study of the bystander effect continues to influence the course of social psychological theory and research. Bystander intervention

Magnifying the Bystander Effect Factors that magnify the Bystander Effect—making people less likely to take action to help in a critical situation—can be divided into two categories: characteristics of the situation, and characteristics of the people. Situational characteristics In their seminal paper, Latané and Darley point out that the decision to take action depends on three preliminary steps: Before an individual can decide to intervene in an emergency, he must, implicitly or explicitly, take several preliminary steps. If he is to intervene, he must first notice the event, he must then interpret it as an emergency, and he must decide that it is his personal responsibility to act. [4] Characteristics of the situation may influence individual decisions at each of these three steps.

Bystander Intervention - The Challenge – CSB/SJU CSB and SJU describe themselves as communities that are caring, hospitable, and welcoming. Whether that is real or not is dependent on our actions and behaviors, as well as how we react and intervene in problematic situations. Even in these communities, we have language, attitudes, actions, and behaviors that can lead to or possibly cause problematic, if not dangerous situations. To truly be campuses with healthy and caring attitudes and practices and have a culture that is civil, respectful and non-violent, we need to have community members who are ready, willing and able to intervene in inappropriate, high risk or problematic situations. Remembering Kitty Genovese In death, Kitty Genovese has cast a long shadow over America’s psyche, far more than she probably would have had her life not been brutally cut short at age 28. Across the decades since her murder in 1964, she has endured as a symbol of urban disconnection and apathy, a victim not only of a knife-wielding killer but of bystanders’ unwillingness to get involved in resisting evil. The New York Times had a pivotal role in creating what is referred to as “Kitty Genovese syndrome.” A front-page article in March 1964 described how 38 of her neighbors heard her screams and watched, yet did nothing, while she was twice attacked and stabbed repeatedly on her way home from her job as a bar manager in Queens. The facts, however, turned out to be quite different.