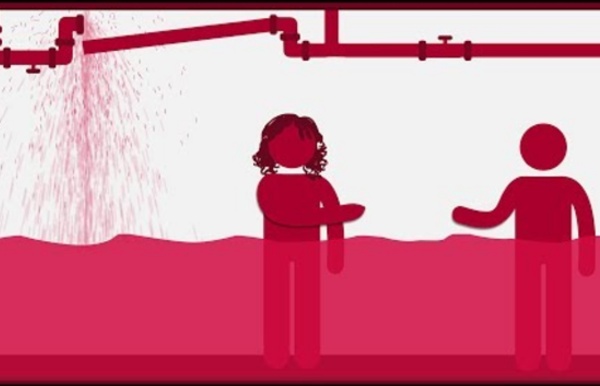 Britannica Bystander effect, the inhibiting influence of the presence of others on a person’s willingness to help someone in need. Research has shown that, even in an emergency, a bystander is less likely to extend help when he or she is in the real or imagined presence of others than when he or she is alone. Moreover, the number of others is important, such that more bystanders leads to less assistance, although the impact of each additional bystander has a diminishing impact on helping.

Pluralistic Ignorance (SOCIAL PSYCHOLOGY) - iResearchNet Pluralistic Ignorance Definition Pluralistic ignorance occurs when people erroneously infer that they feel differently from their peers, even though they are behaving similarly. As one example, imagine the following scenario: You are sitting in a large lecture hall listening to an especially complicated lecture.

Heave-ho! 10 passers-by move taxi off divider, Singapore News About 10 passers-by helped free a taxi that was stuck on a divider in Choa Chu Kang last Friday night. A photo provided to Stomp showed the taxi sitting on top of a divider in Choa Chu Kang Avenue 5, the citizen journalism site reported yesterday. Eyewitness Willem Jacob Stolte told The Straits Times yesterday that he saw the cab from his home at Block 483 at 10.30pm. "At first, there were three people helping, then two more came," said the 48-year-old swim coach. The cab was successfully moved only after about 10 gathered to help. "They put a wooden plank under the wheel, as it was stuck over the divider," said Mr Stolte. The 21st century bystander effect happens every day online If you’re going to fall, injure yourself and need help, where is a good place to do it? Should you choose a busy thoroughfare or a deserted backstreet? Statistics and experiments in social psychology will tell you that if you need help, you should avoid dropping in a busy street, even if hundreds of people are passing through. This is because of a phenomenon known as the bystander effect. The more individuals gathered in one place, the less chance there is of one of them coming to the aid of a person in need.

Countering Pluralistic Ignorance - Asking the right questions at the right time in the right way Picture this: You're in an important meeting with senior leadership. The CEO is sharing the firm's strategic plan, including how the company will "leverage big data to gain visibility into market opportunities producing measurable ROI". Um...what? You do a quick scan around the conference room. Heads nod in agreement as the CEO concludes.

Outrage in China after toddler run over, ignored - CNN Gruesome footage of a toddler falling victim to two successive hit-and-run accidents and then being ignored by many passers-by at the scene last week in southern China continued to galvanize the nation Monday, prompting a fierce debate on the state of morality in Chinese society. A security camera captured the horrific incident last Thursday outside a hardware market in Foshan, Guangdong Province. Two-year-old Wang Yue was seen toddling in the middle of a narrow street and looking around, oblivious to a fast-approaching white van.

Bystander Intervention - The Challenge – CSB/SJU CSB and SJU describe themselves as communities that are caring, hospitable, and welcoming. Whether that is real or not is dependent on our actions and behaviors, as well as how we react and intervene in problematic situations. Even in these communities, we have language, attitudes, actions, and behaviors that can lead to or possibly cause problematic, if not dangerous situations. To truly be campuses with healthy and caring attitudes and practices and have a culture that is civil, respectful and non-violent, we need to have community members who are ready, willing and able to intervene in inappropriate, high risk or problematic situations. Engaging community members in intervening is the goal of bystander intervention programs.