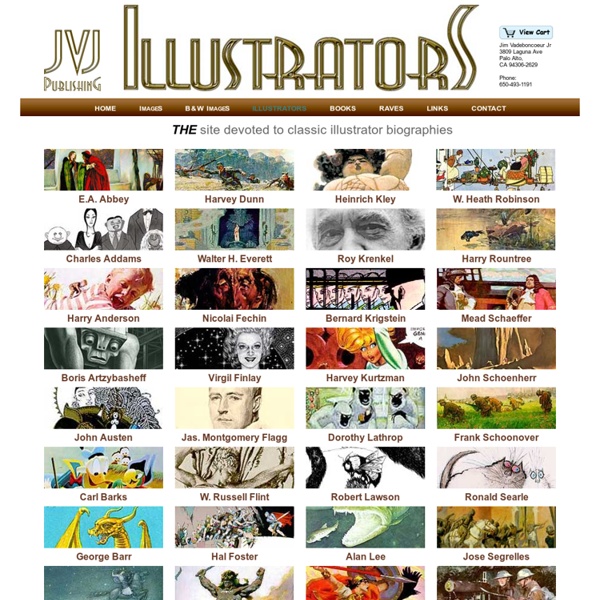 loui jover loui jover jour de pluie Jan. 28 2015 100 Illustrated Horror Film Posters: Part 1 For some, Halloween means costume parties and drunken debauchery. That’s never really been my style. Personally, I like to spend my Halloween evenings eating candy and watching scary movies. Yeah, I’m a nerd – I know. This Halloween season has had me reminiscing of the brilliant horror and sci-fi movie posters of years past. Particularly, I am a fan of the illustrated posters that used to be the staple of nearly every science fiction and horror film released.

diaryofinhumanspecies Dec Hard work between Christmas and New Year Eve to be on time for these prints scheduled in January ! Work in Progress details… Ça bosse dur entre Noel et le jour de l’an pour être à l’heure pour ces 2 prints prévus en Janvier ! Ce sont des détails de wip, comme on dit ! Original John Berkey Sketches For Sale These are "Prelims" Sketches that John Berkey has done over the years. These were rough sketches sent out to the client to approve for angle, color, content... Some of these were selected to be used as finals for John Berkey to paint from and some were never used as finals at all. These sketches were sent to the client and were handled by many people for review, so they might have pencil marks, scratches, dents and other imperfections on them. Some were signed when they were created and would be marked on this sheet as OS (Originally Signed) others are marked by SA which were signed later by John Berkey as they were being cataloged into the estate.

IkumaNao:ArtWorks May 1, 2015 冬 etching 割れる沈黙 John Berkey: A Tribute (John Berkey in his studio.) Sadly, this last week on April 29th, 2008-the master artist has left us. He was 75. He leaves behind a stunning lifetime of work. John will perhaps be best known for his fantastic depiction's of outer space scenes and spaceships. But, space was just one facet to his amazing ability and talent. 16 Pinterest-Clones in China (and More's Coming) !! 16 PInterest-Clones in China (and More's Coming) !! Everyone knows the legend that Pinterest has made in the last year, and the fire has begun in the China as well - clones are rising up !! So how "heat" is Pinterest in China? Try some casual search on Baidu brings us 17 clones (+1 for Tesent dutu.com!!), including two from IT giants: vancl and taobao!! (Hey, I have prepared you some "bonus" at the end too !!!

Amazing Fantasy Artworks by John Berkey. Amazing Fantasy Artworks by John Berkey. "Self-portrait" For someone who lived almost his entire life in a small town in Minnesota and seldom travelled far from his home, Illustrator John Berkey has shown the world a unique vision of a future in time and space way beyond our wildest dreams. He is most well known as a science fiction artist, specifically for his paintings of huge graceful spaceships of multi-faceted shapes adorned with many intricate details, soaring through outer space.