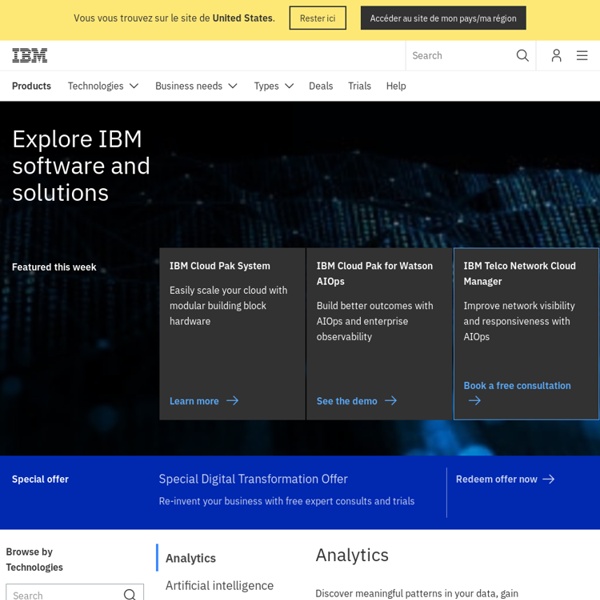 Eight Free tools for Teachers to Make Awesome Infographics 1- Easel.ly This is a great tool that allows users to create visually rich infographics from pre-designed themes. It is very easy to use and only drag and drop. It actually supports Chrome, Firefox, and Safari. 2- Stat Planet This one here allows users to create amazing visualisations and share them with others. It can be used either within your browser or download the software for free. 3- Hohli This is an awesome chart maker.

Products: Google Browser Use this free Java application to explore the connections between related websites. Try it now! Enter keywords or a URL, and click 'Graph it!' See Getting Started below for more details. Curation in the Age of Abundance “A curator is an information chemist. He or she mix atoms together in a way to build an info-molecule. Then adds value to that molecule.” – Scoble One of some buzzwords from SXSWEDU 2012 is “educators as curators”. With lots of Web2.0 curation tools available, what does it mean to be a curator? What’s the difference between an aggregator and a curator ? Prezi Prezi A new presentation tool caught my eye this week. It is called Prezi. Now, I have to say up front that I have not used this technology, nor have I seen it used in an actual presentation.

50 Viral Images Part Two My original 50 viral images (and how they spread) post turned out to be extremely successful and was read quite a few times to say the least. I was surprised so many people were interested as the images in there had already been passed around social media to death. With that said, I failed to consider most people don’t spend nearly as much time on the web as I do. 20+ Tools to Create Your Own Infographics A picture is worth a thousand words – based on this, infographics would carry hundreds of thousands of words, yet if you let a reader choose between a full-length 1000-word article and an infographic that needs a few scroll-downs, they’d probably prefer absorbing information straight from the infographic. What’s not to like? Colored charts and illustrations deliver connections better than tables and figures and as users spend time looking back and forth the full infographic, they stay on the site longer. Plus, readers who like what they see are more likely to share visual guides more than articles. While not everyone can make infographics from scratch, there are tools available on the Web that will help you create your very own infographics.

Prezi Is The Coolest Online Presentation Tool I've Ever Seen At last week’s The Next Web Conference, I was part of the 4-headed jury that evaluated all presenting startups and ultimately decided My Name Is E should be awarded the top prize. It was an extremely close call, since we ended up having to decide between the young Dutch company and a startup that built a simply amazing web application you’re really going to want to check out. The tool I’m referring to is called Prezi, and it allows you to create amazing presentations on the web. If you think you’ve heard that too many times, don’t stop reading just yet, because this one is just plain awesome.

50 Viral Images (and how they spread) Viral videos are ubiquitous – they have spread into both mainstream pop culture and corporate America. Everyone talks about developing viral videos, and there are plenty of techniques you can use to give your video the best chance of success. But, something not talked about as frequently are viral images. Viral images predate viral videos, and have been around since the AOL and Prodigy days when there wasn’t enough bandwidth available for the everyday user to access video.