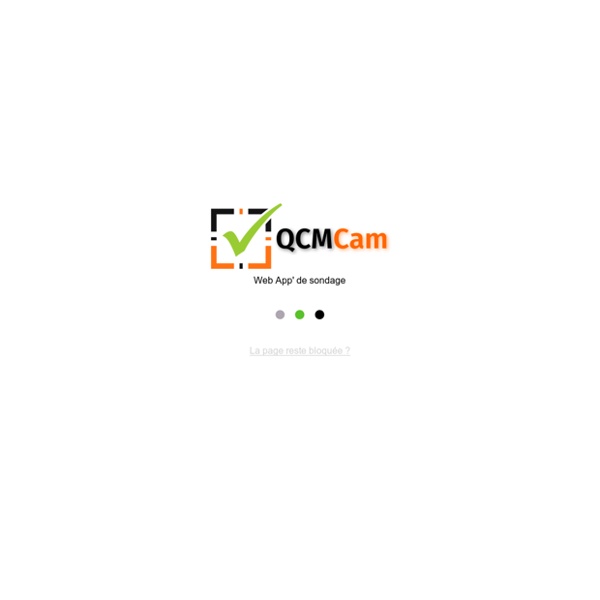 Thorium Reader – Liseuse pour livres au format EPUB Thorium Reader is the EPUB reader of choice for Windows 10, MacOS and Linux. This EDRLab application is in constant development and aims at becoming a reference for accessing EPUB 3 publications in reflow or fixed layout format, audiobooks and visual narratives, LCP protected or not. It is localized in a large set of languages, each version offering new languages. Huge efforts are also made to get Thorium Reader highly accessible for visually impaired and dyslexic people.

Leetchi - Cagnotte cadeau, cagnotte anniversaire, cagnotte en ligne Create a money pot (for free) Share your money pot and collect contributions Ask your friends to contribute and keep track of your money pot with your computer, smartphone or tablet. Buy exactly what you want Word Cloud Generator How the Word Cloud Generator Works The layout algorithm for positioning words without overlap is available on GitHub under an open source license as d3-cloud. Note that this is the only the layout algorithm and any code for converting text into words and rendering the final output requires additional development. As word placement can be quite slow for more than a few hundred words, the layout algorithm can be run asynchronously, with a configurable time step size. This makes it possible to animate words as they are placed without stuttering.

Scratch : Thésée et le minotaure Scratch is a new programming language that facilitates the creation of interactive stories, cartoons, games, musical compositions, numerical simulations, etc. and sharing them on the Web. It is designed to introduce children, aged 8 years and more, important concepts in mathematics and computer science, while learning to develop a creative thinking, systematic reasoning and work as a team. Download SCRATCH at the following address: It is available for Mac OS X, Windows and Linux.

Balena Etcher - Flash OS images to SD cards & USB drives Ubuntu images (and potentially some other related GNU/Linux distributions) have a peculiar format that allows the image to boot without any further modification from both CDs and USB drives. A consequence of this enhancement is that some programs, like parted get confused about the drive's format and partition table, printing warnings such as: /dev/xxx contains GPT signatures, indicating that it has a GPT table. However, it does not have a valid fake msdos partition table, as it should. Perhaps it was corrupted -- possibly by a program that doesn't understand GPT partition tables. Or perhaps you deleted the GPT table, and are now using an msdos partition table.