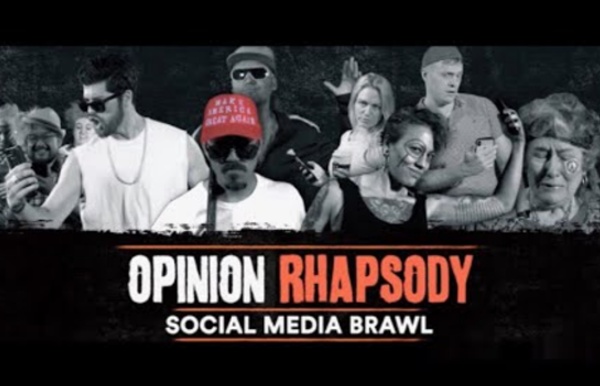 Martin Luther King, Jr. Was More Radical Than You Think - by Ben Passmore On the 50th anniversary of his death, it’s time to remember who he really was by Ben Passmore Posted April 4th, 2018 Rise and Shine.The World is Doomed. The Nib, delivered to your inbox every AM. Study With Jess Here it is! “Mind Full” is a 5 part web series all about e-mental health and how we can become our happiest, healthiest selves. Follow along as I meet with wellness and mental health experts, share my newfound knowledge of positive online usage and wellbeing with you, and put my own vulnerabilities online in the hopes of making a real difference; using my position as an influencer to be part of a solution rather than part of the problem. To kick off my journey to discover more about e-mental health and wellbeing, I sit down with a mental health researcher and run a little focus group with some of my viewers to see what it is they like about my videos.

World Wide Web The of the World Wide Web, Sir Tim Berners-Lee, has warned of big Internet dangers, and of people are misusing the Internet. The first danger is that companies and websites are creating news just to make , or to change people's political . He said fake news "spreads like ". The Guardian view on Israel’s democracy: killing with impunity, lying without consequence? In the last nine months of 2018, according to the United Nations, Palestinians – many of them children – were killed at the rate of around one a day while taking part in protests along Israel’s perimeter fence with Gaza about their right to return to ancestral homes. They included medics and journalists. Most of the dead were unarmed and posed no danger to anyone, with little more than rocks in their hands and slogans on their lips. Yet Israel continued with an immoral and unlawful policy that sees soldiers of its military, which is under democratic civilian control, shoot, gas, shell and kill protesters, including those who pose no credible threat. Hospitals in Gaza, which already struggle under an Israeli-Egyptian blockade, have been stretched to breaking point in dealing with the flood of patients ferried in from the protests. The tensions between judicial and public opinion will be tested in the cauldron of Israel’s general election.

Is A Backpack As Good As A Parachute When Jumping Out Of A Plane? : Shots - H... A study found that parachutes were no more effective than empty backpacks at protecting jumpers from aircraft. There was just one catch. Michael Htten/EyeEm/Getty Images hide caption toggle caption Michael Htten/EyeEm/Getty Images The rise of fake news In December 2016 Edgar M. Welch drove six hours from his home to Washington DC, where he opened fire in a pizzeria with an assault rifle. He had previously read an online news story about the restaurant being the headquarters of a group of child abusers run by Hillary Clinton.

THE THOMAS NOMINATION: The Senate and Sexism; Panel's Handling of Harassment Allegation Renews Questions About an All-Male Club "They are men, they can't possibly know what it's like to receive verbal harassment, harassment that is fleeting to the man and lasting and demeaning to the woman," said Representative Nancy Pelosi, a California Democrat. "These allegations may not be true. But women in America have to speak up for themselves and say we want to remove all doubt that the person who goes to the Supreme Court has unquestioned respect for women. "What's the rush?

Here are 24 cognitive biases that are warping your perception of reality Great stories come and go, but there are a certain few that can truly stand the test of time. Tugging on the heartstrings with nostalgic stories can be a powerful tool. Yet, even the most world-renowned storytellers like Disney face pressure to constantly innovate. Today’s infographic from TitleMax illustrates the highest-grossing media franchises, and dives into how they generate their revenue and adapt to new mediums in changing times.

Scientists: 'Exactly zero' evidence COVID-19 came from a lab Since the COVID-19 pandemic began, the Internet has been teeming with provocative conspiracy theories that the novel coronavirus was (1) created in a Wuhan, China, lab and deployed as a bioweapon or (2) derived from bats, grown on tissue culture, intentionally or accidentally transmitted to a researcher, and released into the community. Politicians have touted these theories in an attempt to blame China for the pandemic, and a discredited US scientist recently released a book and now-banned video claiming that wealthy people deliberately spread COVID-19 to boost vaccination rates. And late last week, an unsubstantiated NBC News report on cell phone location data suggested that the Wuhan lab temporarily shut down after a "hazardous event" in October. But that was before he learned more about COVID-19 and related coronaviruses, which have features already seen in nature.

Republican lawmakers who backed Trump’s tax cuts now freak out over bipartisan spending deal The bipartisan congressional leadership and White House reached a two-year budget deal on Monday, seemingly averting another government shutdown and preventing a default on the national debt that has grown to an all-time high under President Donald Trump. But despite previously backing the 2017 tax cuts for the rich that have helped fuel the largest monthly budget deficits in American history, several self-styled deficit hawks in Congress are now signaling their opposition based on claims of fiscal conservationism. The deal — which Trump praised on Twitter as “a real compromise in order to give another big victory to our Great Military and Vets!” Web Literacy for Student Fact-Checkers - Open Textbook Library The book is comprehensive when considering web literacy in the context of reading and evaluating information found on the web. Other aspects of web literacy are not covered (e.g., synthesizing, designing, contributing, etc.). The author provides interesting approaches and engaging examples for students to consider when fact-finding. The book would be enhanced with the inclusion of an introduction that includes expectations of prior knowledge as there is a level of web savviness that is assumed to understand concepts in the book. A number of placeholders are included at the end of the book for topics that are yet to be completed.

Fire Bombing of Tokyo The bombing of Tokyo, often referred to as a "firebombing", was conducted as part of the air raids on Japan by the United States Army Air Forces during the Pacific campaigns of World War II. The U.S. mounted a small-scale raid on Tokyo in April 1942. Strategic bombing and urban area bombing began in 1944 after the long-range B-29 Superfortress bomber entered service, first deployed from China and thereafter the Mariana Islands. B-29 raids from those islands began on 17 November 1944 and lasted until 15 August 1945, the day Japan capitulated.[1] The Operation Meetinghouse air raid of 9–10 March 1945 was later estimated to be the single most destructive bombing raid in history.[2] Doolittle Raid

The 8 Best Fact-Checking Sites for Finding Unbiased Truth With deliberate misinformation campaigns and the continued prevalence of fake news, fact-checking sites are now more important than ever. So in the digital era, where news travels quickly through multiple channels, how do you check your facts? Here are five of the best fact-checking websites, like Snopes and PolitiFact, so that you can find the truth. If you were wondering who is there to fact check the fact-checkers, that would be MBFC. From Palmer Report to Breitbart and even browser extensions like Newsguard, MBFC rates them all.