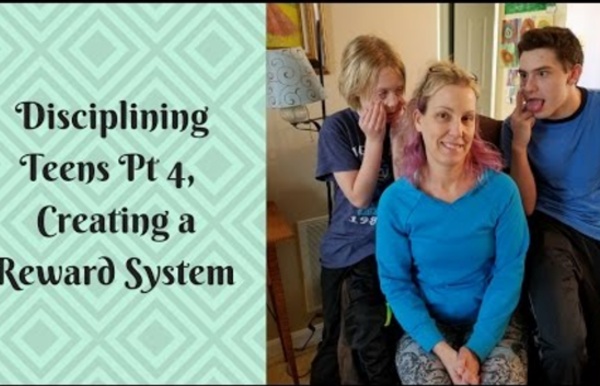 Developmental Psychology at Vanderbilt Jacob Lee and Matthew Snodgress There is no one individual who influences the development of a child more than the parent. Every aspect of the child’s progression through life, beginning with their genetic makeup, is greatly influenced, if not completely determined by, the parent figure in the child’s life. Positive/Negative Reinforcement and Positive/Negative Punishment February 5, 2013 7:40 pm Published by Kelley Prince M.A., BCBA In Applied Behavior Analysis, there are two types of reinforcement and punishment: positive and negative. It can be difficult to distinguish between the four of these.

Discipline strategies for teenagers Around the time that your child starts secondary school, you might need to adjust your approach to discipline. Effective discipline for teenagers focuses on setting agreed limits and helping teenagers work within them. Teenage discipline: the basics Discipline isn’t about punishment. It’s about teaching children appropriate ways to behave. 5 Activities For Using Positive Reinforcement in the Classroom It wasn’t too long ago that school-rooms were places of stern words and plentiful discipline. It was commonplace for teachers to favor harsh punishment over positive punishment, including using the cane. Now, however, it is recognized that there are more effective ways to teach and to manage classrooms. How to Use Positive Reinforcement to Improve Your Child's Behavior When your child misbehaves, rewards might be the last thing on your mind. But, positive reinforcement can be one of the most effective behavior modification techniques.1 You can use positive reinforcement to encourage prosocial behaviors, like sharing or following directions. And, you can use it to prevent misbehavior, like hitting and rule violations.

Why Positive Reinforcement is Better than Punishment - Clever Little Monkey Psychologists often encourage parents to adopt strategies of classic behaviour modification to alter their children’s challenging, naughty behaviours instead of using positive reinforcement techniques. The theory is that the immediate consequence that you receive after performing an action makes you more or less likely to repeat the action in future. Punishment strategies are old news Historically, this meant that we often focused on punishment strategies, for example giving children hidings or extra homework and chores as a consequence to their undesirable behaviour. However punishment, especially corporal punishment, such as physical hidings and caning, usually only angers and frustrates the child, while also potentially being destructive to the parent-child relationship. Unfortunately, some parents struggle with finding the appropriate boundary between corporal punishment and physical abuse.

Operant Conditioning How Reinforcement and Punishment Modify Behavior Operant conditioning, also known as instrumental conditioning, is a method of learning normally attributed to B.F. Skinner, where the consequences of a response determine the probability of it being repeated. Through operant conditioning behavior which is reinforced (rewarded) will likely be repeated, and behavior which is punished will occur less frequently. By the 1920s, John B. Watson had left academic psychology, and other behaviorists were becoming influential, proposing new forms of learning other than classical conditioning.

Rewarding behavior is key to parenting teens, study suggests Parenting is hard, and parenting teens brings about an entirely new set of challenges, from keeping their rooms clean to getting them home before curfew. But, a new study suggests parents who want their teenagers to keep their grades up could have better success if they focus more on rewarding good behavior and less on threatening to punish the bad. According to the report, published in PLOS Computational Biology, British researchers have found that adolescents focus well on positive incentives, but have difficulty staying motivated to avoid penalties. The study shows that teens and adults learn in different ways, according to the study’s lead author Stefano Palminteri, a researcher with the Institute of Cognitive Neuroscience at University College London. It suggests that “in some cases positive feedback may have more of an effect than negative feedback on learning” in adolescents.