Childish Gambino - This Is America 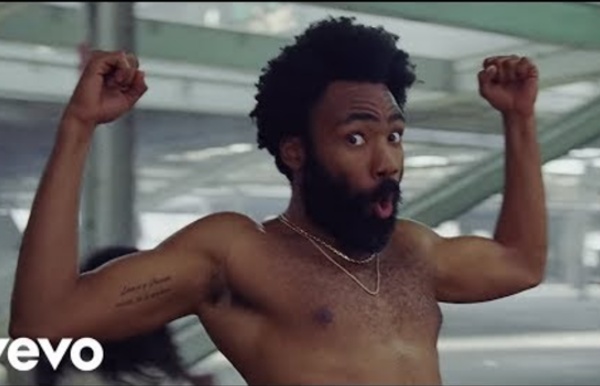 When Art Begins at the Scene of a Crime The Walmart on Gateway Boulevard in El Paso is where a 21-year-old man from across the state, driven by his anger at a “Hispanic invasion,” showed up last Aug. 3 on a murder mission. Firing an assault rifle, he killed 22 people and injured another 24. Last month, the Mexican artist Teresa Margolles made a pilgrimage to the scene. Ms. Lukaku - The Players' Tribune I remember the exact moment I knew we were broke. I can still picture my mum at the refrigerator and the look on her face. I was six years old, and I came home for lunch during our break at school. My mum had the same thing on the menu every single day: Bread and milk. When you’re a kid, you don’t even think about it.

What the Hell is Up with 'Bae'? Here it is, the dawn of "bae," word of indiscriminate origin and now 1/4 of the title in the new Pharrell and Miley Cyrus music video. "Come Get It, Bae" is here to trample your ears at your next barbecue, even though nobody really knows what "bae" is or where "bae" came from. Really, even the dictionary isn't sure where to go from here. But we'll get to that in a second. I embarked on a small informational quest to find out just why all the kids are calling their kid boyfriends and girlfriends "bae," and I'm still not sure if I know.

How good can Bruno Fernandes make Manchester United? Anfield may tell This is not the beginning of the title run-in. This is not the start of the middle, or the beginning of the end. Let’s face it, nobody really knows what’s going on up there in this jetlagged oddity of a Premier League season, when points have been scattered with luxurious abandon, and none of these teams seem ready to find a sustained higher gear.

Cyberpunk 2077 review – could it ever live up to the hype? So here we finally are, in Night City. Almost a decade after it was first announced, CD Projekt’s massively ambitious role-playing game has launched into a swirling maelstrom of hype and controversy that befits its salacious, histrionic setting. Like the technological MacGuffin at the centre of the plot, Cyberpunk 2077 is highly advanced and ingenious, but also bug-ridden and irresponsible. You play as V, a cybernetically enhanced street hustler looking to make their name on these squalid, vicious streets, taking infiltration and assassination jobs for the gangs who’ve carved up the criminal underworld. While attempting to steal a cutting-edge biochip from a powerful corporation, you implant it in your own head, unknowingly infecting yourself with the digital ghost of dead rocker and anarchist Johnny Silverhand (Keanu Reeves, essentially playing Theodore “Ted” Logan’s asshole brother). If you don’t get him out of your brain, you’ll both die.

'Arular' 10 Years Later: M.I.A. Reflects on Globe-Shaking Debut M.I.A. spent the early-Aughts as a creative hybrid — a graphic designer, photographer, videographer and hipster fashionista living in London. When her friend Justine Frischmann, the onetime singer of Elastica, loaned her a Roland MC-505, she began writing clever tracks that mashed globally-aware lyrics with gyrating, inimitable dance beats. In 2004, these unpolished demos landed the budding artist born Mathangi Arulpragasam a deal with XL Records, and while recording her debut LP, she met Wesley “Diplo” Pentz, an aspiring DJ-producer with whom she’d go on to have a rocky romantic and professional relationship. Together, they released mashup mixtape Piracy Funds Terrorism, and a year later, she followed it with the groundbreaking Arular. Seemingly overnight, M.I.A. became both an icon of cool and a target for those who didn’t approve of her outspoken positions on topics like Sri Lanka’s civil war. What do you remember about your life leading up to going into making Arular?

Thoughts on the planetary: An interview with Achille Mbembe Achille Mbembe first visited Norway on the occasion of the annual Holberg Debate organised by the Holberg Prize Secretariat at the University of Bergen on 1 December 2018 where he gave a keynote address. Mbembe is scheduled to give three invited lectures on “Bodies as Borders” at the House of Literature in Oslo on 13 and 14 September 2019. This interview was conducted in Bergen, Norway, on 30 November 2018 by Torbjørn Tumyr Nilsen of the Norwegian newspaper Klassekampen. It is published here for the first time. Nilsen: In April 2015, the Rhodes statue fell in South Africa at the University of Cape Town. PlayStation 5 v Xbox Series X: how will the rival consoles compare? Last week, in a livestream watched by millions, Sony revealed the first games coming to its PlayStation 5 console. Due out this winter, the machine will be competing with Microsoft’s Xbox Series X in the first major console war since 2013. But what will these new devices offer that Xbox One and PlayStation 4 do not – and will this finally get the kids off Fortnite?

In France, Dying at Home Can Mean a Long Wait for a Doctor “There are doctors, if they don’t know the patient well, say to themselves that they don’t want trouble later on,” said Dr. Olivier Bouchy, the vice president of the French Medical Council in the department of Meuse. “Signing a death certificate is not harmless.” As with many things in France, tradition is perhaps also an obstacle to changing the doctor’s role in certifying deaths. The death certificate process, Dr. Bouchy said, harked back to an earlier time.

Video games have replaced music as the most important aspect of youth culture It would be incorrect to say video games went mainstream in 2020. They’ve been mainstream for decades. But their place in pop culture feels far more central – to gamers and non-gamers alike – than ever before. In part, this is due to desperate marketers hunting for eyeballs in a Covid landscape of cancelled events. Coachella wasn’t happening, but Animal Crossing was open was for business. Politicians eager to “Rock the Vote” looked to video games to reach young voters. Shaqiri - The players' tribune Now I Got My Own Army Guy? Our house didn’t have heat. Just a big fireplace.