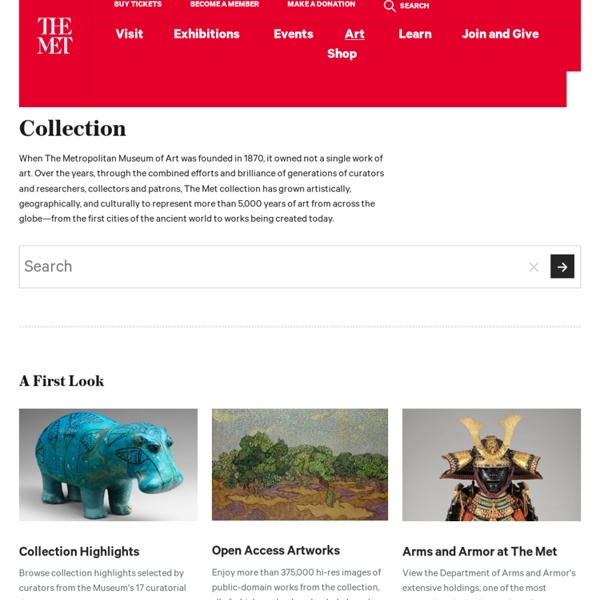 How to make a Snowman Banner This is a cute project I'm doing with Kindergarten right now. Snowman Banners. Here in Calgary we just received a good dump of snow and now it's warming up (above 0 degrees celsius).....perfect snowman weather! We wanted a cute and easy project that incorporated textiles. The Melancholy Marriage of Tracey Emin and Edvard Munch LONDON — Edvard Munch and Tracey Emin — what a gloom-struck pair! We see them together, in two photographs hung side by side on the wall, as we enter the exhibition at the Royal Academy. They look uncannily of a pair, help-mates perhaps, fellow sufferers certainly, almost drowning in their dark, almost sepia withdrawnness from the world. He is long dead. She has been gravely ill recently. And yet, such has been the deft manipulation of these images, that they could almost, we feel, have been alive together in the nowness of our present.

This Object Doesn't Really Exist...When You See What I Mean You'll Flip Felice Varini is a Swiss artist known for his mind-bending designs, which consist of so-called perspective-localized paintings. These are shapes that appear three-dimensional when viewed from one vantage point, but which are in fact a skillfully-arrayed geometry of flat graphics painted onto the surfaces. The technical term for this is "anamorphosis" from the Greek prefix "ana-" meaning back or again, and "morphe" meaning shape or form. But no words can do justice to how unreal these look. Eternal inflation Eternal inflation is predicted by many different models of cosmic inflation. MIT professor Alan H. Guth proposed an inflation model involving a "false vacuum" phase with positive vacuum energy. Parts of the Universe in that phase inflate, and only occasionally decay to lower-energy, non-inflating phases or the ground state. In chaotic inflation, proposed by physicist Andrei Linde, the peaks in the evolution of a scalar field (determining the energy of the vacuum) correspond to regions of rapid inflation which dominate.

Web Hosting Crafted For Top Website Performance & Speed Unique Caching Options By default, we enable NGINX Direct Delivery for all sites on our servers, which means that certain items, like your images, will load faster and will be directly served by NGINX. However, the biggest impact on the WordPress loading speed is achieved by using the higher levels of our SuperCacher service. This connects your site with our NGINX-based dynamic cache and Memcached service available on our GrowBig and GoGeek plans. Learn to Draw Tutorials for Kids Print and enjoy our Learn to Draw Animals pages for kids of all ages. Kids can use our step by step... Here's a collection of our "learn to draw" activities for Spring. Children can follow...

Tracey Emin Says She Was Sexually Assaulted by a Famous Woman Artist Tracey Emin (photo by Piers Allardyce, via Wikimedia Commons) In a recent interview, British artist Tracey Emin said that she had been sexually assaulted by a well-known woman artist, though she did not name her alleged attacker. “The irony is it happened to be a woman that grabbed hold of my crotch, slammed me against a wall and I threatened to punch her lights out,” Emin told collector Kenny Goss in an interview, as the Sun first reported on Sunday. In a subsequent interview with Radio 4, she added: “Quite often everybody’s making accusations and saying things about men, but it happens with everybody in many, many different circumstances, and people don’t seem to be seeing the whole picture in that harassment is actually bullying in a lot of cases as well.” Emin was speaking to Goss on the occasion of the upcoming MTV Re:Define, charity auction in Dallas, where she is this year’s honoree.