Time: The History & Future of Everything – Remastered 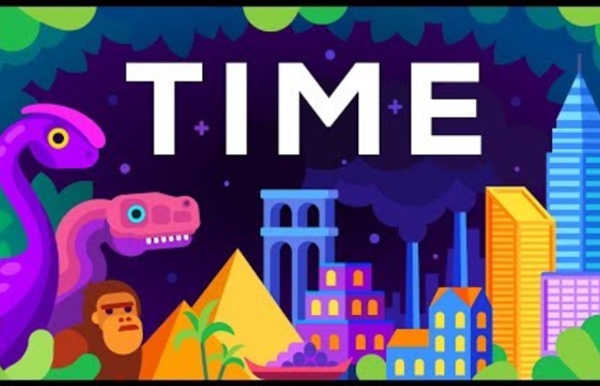 Growing Up Surrounded by Books Has a Lasting Positive Effect on the Brain, Says a New Scientific Study Image by George Redgrave, via Flickr Commons Somewhere in the annals of the internet--if this sprawling, near-sentient thing we call the internet actually has annals--there is a fine, fine quote by filmmaker John Waters: We need to make books cool again. Archaeologists in Pompeii Have Discovered an 'Enchanted' Shrine Covered in Gorgeously Preserved Frescoes Pompeii is the city that keeps on giving. More than two hundred and fifty years after the ancient Roman town was discovered buried under a heap of volcanic ash, the archeological finds show no sign of abating. Now, archaeologists for the Great Pompei Project have uncovered yet another impressive discovery: an ancient shrine, or lararium, covered in gorgeously preserved frescoes, in a 16-by-12-foot room containing an altar, a garden, and a small pool.

Irish and Portuguese - Genetic similarity Publicada por Arith Härger / 4:49 PM / It might seem a little uncanny, but a recent genetic research shows that there are strong similirities between the Y chromosome haplotypes from the males of northern-western Spain and of Portugal with the Irish men who often appear with Gaelic surnames, but not just that group.The frequency of Y-DNA haplogroup R 1b which is the most common haplogroup in the continent of Europe, is in fact the highest in the populations of the Atlantic Europe, and also due to the mass European emigrations, it is also very common in North America, South America and Australia. A Video Game Shows the True Colors of Ancient Greece Blame the Italian Renaissance. The rediscovery of Greco-Roman sculpture in the 15th century spawned a long-held misperception that the artists of Antiquity intentionally left their work unpainted. For intellectuals of the Renaissance who pooh-poohed the idea of polychromatic sculpture because of its prevalence during the much-derided Medieval period, the use of bare marble signaled yet another achievement of the Classical era, alongside scientific and political achievements. Yet, if not for their burial, which stripped away layers of paint from artifacts and ruins, the Greco-Roman art we see today would blaze with brilliant colors.

Culture - International Women’s Day: Iconic images of women protesters Swedish photographer Hans Runesson captured this moment on 13 April 1985 – and his image has endured since, voted Picture of the Century and resurfacing on social media in 2016 with the call to arms: “Be the woman hitting a neo-Nazi with a handbag you wish to see in the world”. Taken in Växjö, Sweden during a demonstration by the neo-Nazi Nordic Reich Party, the photo shows 38-year-old Danuta Danielsson swiping at one of the marchers with her handbag. The Polish-Swedish passerby, whose family members had reportedly been sent to a Nazi concentration camp, snapped “impulsively”, according to Runesson, who told BBC Culture that the man did “nothing – he walked further” afterwards. Despite the incident happening in a fleeting instance, the photo continues to resonate for many as a silent rallying cry.

Kiss Me, I’m 61.5% Irish THE YEAR HAS BEEN A JUMBLE FOR ME. Long story short: I was Portuguese, then I wasn’t, then I was again. It all started after my wife and I spat in vials and mailed the samples off to a laboratory, where our DNA was extracted from the skin cells that had sloughed off into our saliva. Many thousands of DNA segments were read and analyzed, and the results returned via email. This is both commonplace and remarkable.

How Do Scientists Date Fossils? This is the fourth in a five-part series written by experts featured in the Smithsonian's new Hall of Fossils—Deep Time exhibition, now on view at the National Museum of Natural History. The full series can be found by visiting our Deep Time Special Report “No fossil is buried with its birth certificate,” wrote the renowned science editor Henry Gee in his 2000 treatise, In Search of Deep Time. The 2018 Midterms and the Specter of Voter Suppression Read: The ‘hubris’ of the Supreme Court’s voting-rights ruling On Saturday, President Donald Trump ensured that the issue would be front and center as Election Day approached. “All levels of government and Law Enforcement are watching carefully for VOTER FRAUD, including during EARLY VOTING,” he tweeted. “Cheat at your own peril. Violators will be subject to maximum penalties, both civil and criminal!”